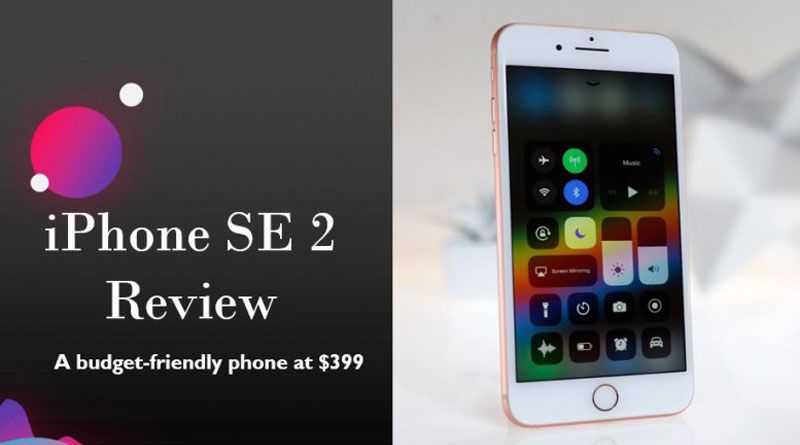 It’s been a month since Apple launched three flagship variants; iPhone 11, 11 Pro, and 11 Pro Max that are next-level smartphones with great specifications. However, these high-end phones lie between the price range of $699 – $1099. Well, not everyone could afford to buy a phone with four-digit price. This might be the reason why Apple thinks that its compact form factor Special Editions (SE) iPhones are not totally out of the game.

As found in a research note by one of the noted Apple analysts Ming-Chi Kuo; the company is planning to unveil a budget-friendly iPhone SE 2 soon in the first quarter of 2020.

According to the tidbits from Kuo and other tipsters, the iPhone SE 2 is clearly set to launch at a fairly reasonable price of $399 (generally £310, AU$590).

“We forecast that Apple will launch the more affordable iPhone SE2 in 1Q20. For the most part, the form factor design and hardware specs are similar to ‌iPhone 8‌’s. The most significant hardware spec upgrade will be the adoption of the A13 processor and 3GB LPDDR4X. iPhone SE2 will likely increase the iPhone’s market share and benefit Apple’s promotions for service and content transfer. We expect that the iPhone SE2 shipment will reach 30–40mn units in 2020.”

It seems like Apple may be planning to launch ‘stripped down’ sequel version of its SE that initially appeared in March 2016. The new SE model is tipped to be at the same affordable price as that of SE. As far the expected specs are concerned, the reports say that it could have retooling of some of the features from the iPhone 5S and the size same as that of iPhone 8.

You may like:  The role of healthcare mobile applications in 2020. How mobile technology can take care of our health

Seeking through further rumors and leaks, here are speculated features of SE 2:

What can be broadly expected from iPhone SE 2

A glimmer of hope from I-fans as well as the reports by Apple analysts suggest that this could be a handset that is super-friendly on pocket with a marginal rate of $399.

It is expected that the revelation of SE 2 will open up a new era of small-sized, super-easy phones to handle with one hand. It is said to be a mirror-image of iPhone 8 with 4.7-inch display.

Additionally, it is tipped to be packed with A13 Bionic Chipset with low-screen resolution and pixels (not revealed yet). If its specs have to be matched with iPhone 8, then we may predict it to be the best choice than iPhone 8 with this price.

This time around, Apple brings to the table this 3rd endeavor of delivering entry-level iPhones. In 2013, it unveiled the iPhone 5C, or the iPhone 5 in new plastic casing, as a less expensive option in contrast to the prime iPhone 5S.

You may like:  How can the IoT technology enhance the security virtualization?

At that point there was the previously mentioned iPhone SE of 2016. With less individuals ready to spend too much on a new phone, and the significance of size, price, and value for money got prevalent in developing countries like China and India. Hence, finding a reasonable handset in the iPhone lineup would be a no-brainer in 2020.

Why Apple adopts a cost-effective strategy

WE know that Apple has a huge product matrix to sell for, then why does it opt for a low-budget iPhone? With the increasing competition and price difference among Apple & other brands; the sales have taken a plunge in recent quarters.

We wonder if this is due to the absence of a moderate handset in Apple’s product range.

Possibly. Tim Cook proposed that China sold significantly less number of Apple handsets in the first quarter of 2019. That’s probably due to the trade wars with China. Whatever the case may be, the Apple doesn’t appear to be appropriate to this gigantic, competitive and undiscovered market, which is plentifully providing less expensive phones than iPhone flagships.

Kuo also stated that the iPhone shipments would likely be increased in the initial quarter of 2020 and “will develop around 10%” with the release of iPhone SE 2.

So, if you’re hankering over a small, low-cost iPhone device, take a leap of faith, trust our words and wait for 2020 to arrive.

Obviously, these are all predictions and Apple hasn’t confirmed anything yet. So there is a likelihood that the SE 2 may not launch at all. Just a heads up! :)