Skip to content
You May Like
7 Famous Apps Using Reactjs Nowadays
Why Businesses Should Use Employee Tracking Software To Manage Employees
What Are The Best Tarot Cards For Love? 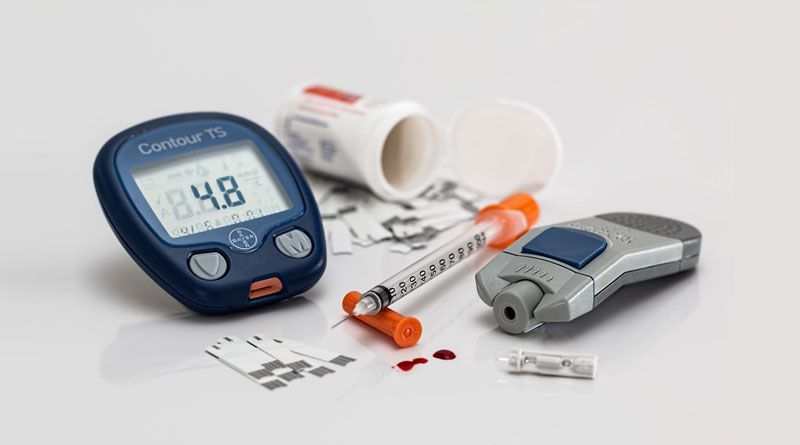 Diabetes has been approved as a chronic disease which transpires when the pancreas is unable to produce insulin in the body or when the body fails to utilize the insulin which it produces. If not treated timely it may end up resulting in serious damage to heart , blood vessels, kidneys, tooth, eyes ,obesity etc. Majority of the people who have diabetes are monitored with the basic symptoms such as fasting glucose, rise in blood pressure and sugar levels with a high rise in haemoglobin levels as well.

Past researches and records have shown that diabetes is in worldwide across in various countries and ethnic groups. Figures from the International Diabetes Federation (IDF) revealed or specified that the people in above the age of 20 till the age of 79 are more in the risk of type 2 diabetes. In the records UAE ranks in the top 10 countries in the world with the diabetic disease.. In regards of World Diabetes Day (on 14 November ) the Dubai Health Authority (DHA) came up with the idea and a start up to provide diabetics with quality treatment and diagnostic services.

Too much or high amount of sugar level in the blood can lead to hyperglycemia which is harmful to the body.

It can result into various complications in the body such as:

You may like:  11 Savvy Technical SEO Tips to Boost Your Google Rankings

One transverse study/The UAEDIAB (cross- sectional analysis) was once adopted and implemented in order to find the causes and the risks associated with diabetes among the population of residing in Dubai and northern Emirates of UAE. All the research and study work was done keeping in mind the rules and instructions. In the phase 1, all the non-UAE adults of age 18 were targeted whereas under phase 2 of the research, people of UAE with somewhat same type of including procedure were targeted. All the lactating women, physically-disabled people, people unable to communicate properly were excluded from the research. When a face to face interview of the targeted audience was conducted, a well formulated questionnaire was used to collect data on gender, nationality, family history of diabetes and lifestyle habits of the people. After that a fasting blood pressure is being collected to test glucose, haemoglobin and lipids samples.(Rifat Hamoudi, 2019) Underlisted are some of the few measures that should be managed by the doctors and other individuals-

A campaign based on screening the population of  the Eastern Province of Saudi Arabia was conducted in 2004 with an objective of screening the patients of diabetes and hypertension. A well structured questionnaire was used in consideration of the same. All in all Diabetes Mellitus was diagnosed on the view of blood sugar level more than or equal to 126mg/dl. (Ageel J. Al-Ghamdi, 2007 Sep-Dec)

Another campaign is Unite for Diabetes Campaign – The campaign was officially launched in June 2006 that aims to increase the awareness of disease amongst people by addressing poverty as a major hindrance for having access to healthcare facilities and insulin requirements and placing diabetes on  the global agenda. Their top most priority was to be ensure efficiency with effectiveness as a group so as to promote education on this disease at a global scale. The symbol of this campaign that is a blue circle which is made to represent unity that should always be present within the people in order to create awareness of issues concerning diabetes in the similar manner as red ribbons upgrade AIDS awareness among the people by ensuring it as a prime concern towards our health. The results of second campaign are shown below :  (Narayan2, 2008 Feb 19)

You may like:  Bluetooth Mouse, the Best Choice for a Neat Desk Top

So to conclude diabetes is an epidemic today which has reached worldwide taking its metabolic risk factors associated with type-2 diabetes such as excess weight/obesity, vascular diseases and many more. It is equally surprising to see the amount to negligence of countries like India towards a widespread disease showing less efforts in diagnosing, monitoring or management of such an epidemic. Therefore it is within our power to respond to the epidemic diabetes at the earliest and forestall its most harmful consequences. With this knowledge and adopting some of the preventions into our lives is today the need of the hour wherein it is well said that Life should be taken as a responsibility and not as a burden and if any setback arises then it should be dealt without any fear towards it because god will offer what he has planned for you. The small steps one should take to delay and prevent the disease and can live a long healthy live.

There are some recommendations that clinicians, public health bodies, policymakers , implementers are supposed to follow which involves practical actions based upon the condition and state of widespread of the disease.

Why Businesses Should Use Employee Tracking Software To Manage Employees

What Are The Best Tarot Cards For Love?

How to Get the Most Out Of Microsoft 365

Coronavirus and Diabetes: Steps a diabetic patient must take to stay healthy