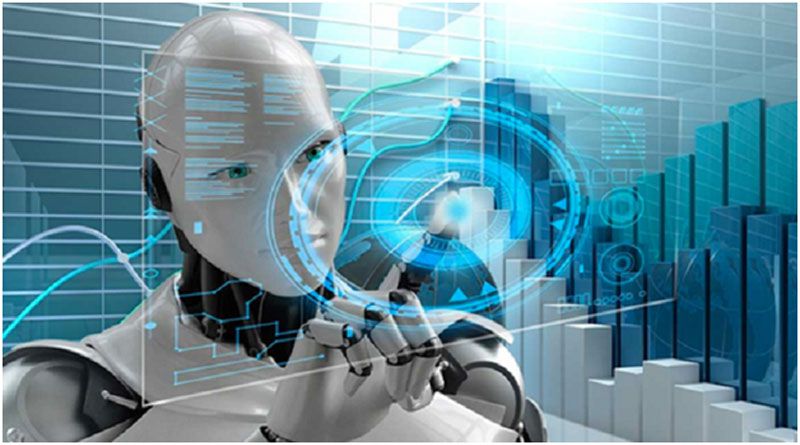 Artificial Intelligence is the machines which are designed and programmed in such a way that they think and act like a human. Artificial Intelligence becomes the most essential part of our daily life. Artificial Intelligence has changed our life totally because this technology is used in a wide area of day to day services. It refers to the field of computer engineering that only target on creating systems capable of gathering information and making decisions and/or solveany problems without the help of a human. From driverless cars to special purpose robots, AI has changed and enhanced the quality of human lives.

Now in every industry, people started using these technologies because it reduces human effort, saves time, increases the speed of doing work and gives an accurate result.

The introduction of AI brings the idea of the error-free world because Artificial intelligence (AI) makes it possible for machines to learn from experience, adjust to new inputs and perform human-like tasks.

With the help of these technologies, computers can be trained to perform specific tasks by processing large amounts of data and recognizing patterns in the data.

Now AI has broken down into three distinct levels:

AGI (Artificial General Intelligence): As the name suggests it is for general purpose. Its efficiency/smartness could be applied to do various tasks at a time as well as learn and improve itself. AGI general intelligence is also known as a human level AI, refers to the capacity for useful cross-domain optimization or in other words to say “it has the ability to achieve complex goals in complicated environments using limited computational resources.”

You may like:  Women’s Footwear Guide For Every Indian Woman

ASI (Artificial Super Intelligence): ASI is a software-based system with intellectual powers beyond those of humans, where a machine’s cognizance supersedes that of human’s across an almost comprehensive range of categories and fields of endeavor. It is significantly smarter than the best human brain in all aspects—including creativity, general wisdom and the ability to develop social skills.

It is a unique technology in computer science, It describes the use of human-level intelligence and accuracy to machines. This technology based on developing or creating intelligent machines that can simplify human task easily. Some of the activities in computers with artificial intelligence are designed for include: Speech recognition, Learning.

Artificial intelligence is the reflection of human intelligence processes by machines, especially computer systems.  Artificial Intelligence, or AI, is the ability of a computer to act like a human being, the processes including Speech recognition, learning (the acquisition of information and rules for using the information), reasoning (using rules to reach approximate or definite conclusions) and self-correction all are possible through AI.

If you take a deep dive, you come to know AI has started doing better than humans in several tasks. Like detecting cancer better than oncologists or translating languages or beating Go (Chinese Checkers) world champion. AI is the future where intelligent cyborgs and Superhumans are not just part of sci-fi movies.

Applications of Artificial Intelligence that you have never ever even thought of:

2. The Chef WithThe Most Recipes In The World

4. The Fortuneteller That Will Know It Before You

9. Life On Other Planets?

11. The Sales And Customer Service Genie

There is a huge scope of AI in the banking sector.  AI system has been used in banking for so long time, it remained unnoticed.  It is a known fact that banks have numerous activities on an everyday basis that need to be done accurately. Most of the activities take too much time and efforts from the employees and at times there is also a chance of a human error in these activities so to speak. With the help of an Artificial Intelligence system in this process, the institutions are able to achieve efficient results in quick turnaround time.

With the help of AI in healthcare computer algorithms take approximate conclusions without direct human input AI-powered expert systems and autonomous robot surgeons, the risk associated with all type of surgeries can be drastically reduced as even minor operations can be done with a remarkable degree of precision and efficiency.From clinical research to hospital care, drug development and insurance AI applications are revolutionizing how the health sector works to reduce spending and improve patient outcomes.

Artificial intelligence is transforming the nature of almost everything which is connected with human e.g. employment, warfare, communication, ethics, security, privacy, economy, healthcare, etc.AI has geared up to raise and enlarge way more than ever anticipated and gives us more variables to work and helps us to process all the variables in a programmatic way which is more easier and offers a transparent level of confidence.

AI is a machine which exhibits human intelligence and has the ability of a computer program or a machine to think and learn. It can perform any intellectual task that a human being can perform and machines become increasingly capable, mental facilities once thought to require intelligence are removed from the definition. The goal of artificial intelligence is to create that technology which allows machines and computers to function in an intelligent manner. AI is that type of machines which focuses on creating systems capable of gathering data and making decisions and/or solving problems.In upcoming years, the verses of artificial intelligence have been buzzing in our ears by almost all professions.

NaazAniqua is an influential digital marketer works at apps development company in Indianapolis and helps to rank a website on search engine and build cultivating potential customers and make an audience base. She is very good content and article writer and contributing her article and blogs regularly which includes balanced informative with IT needs.

One thought on “What is Artificial Intelligence? How Does AI Work?”