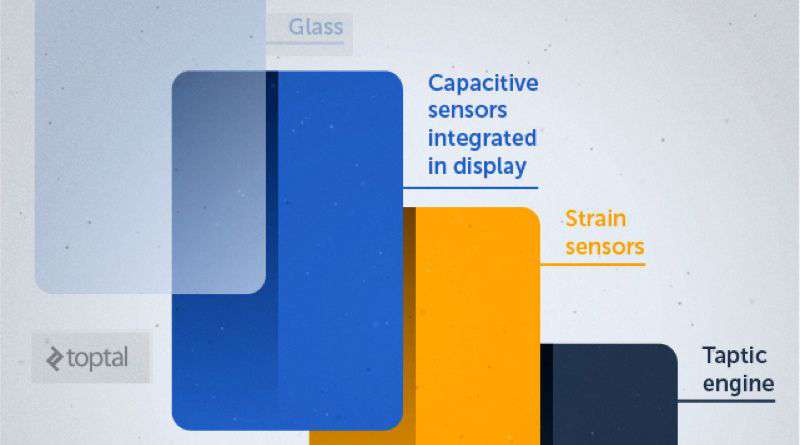 It is the fact that Apple is not the first technology company to implement the Force Touch technology but the key selling points for the iPhones is Force Touch or 3D Touch which Apple now brands it.

But what Is Force Touch?

Is it some sort of marketing? But, no!
Basically, it has the potential to change user interface design and improve user experience.

For example, Apple’s 3D Touch adds another layer of sensors between the digitizer and the iPhone’s taptic engine.

Here is how it works, in a nutshell:

You may like:  10 Reasons Why Your Online Printing Company Should Use A Sticker Design Software

Previously, on Apple watch, the company decided to keep Force Touch very simple, just allowing the users to access certain UI interface by applying more pressure. But, now in MacBooks, the same things is applied by using different pressure on trackpad movement whereas the new iPhones can do the both.

I want to point out a couple of factors.

Force Touch is not a new idea. BlackBerry already experimented with the concepts on 2008, and few Android phone inventers also experimented the possibility of using Force Touch on their products. In fact, Force Touch support has been a part of Android for several years and it was introduced in Android 1.0, in the form of the getPressure() API.

But, why Didn’t we get Force Touch on android and windows?

As different devices use different digitizers and displays, so hardware fragmentation me be problem for Android whereas Apple does not need to worry about these problems because it has complete control over its software and hardware.

Apple’s 3D Touch developer site, already has a number of resources to get your started. Apple also has a few 3D Touch guides for developers who want to get started as soon as possible.

You may like:  Best Free Voice Changer for Mac/Discord

Force Touch could have a big impact on app development, but many observers expect it to make biggest difference in mobile gaming.