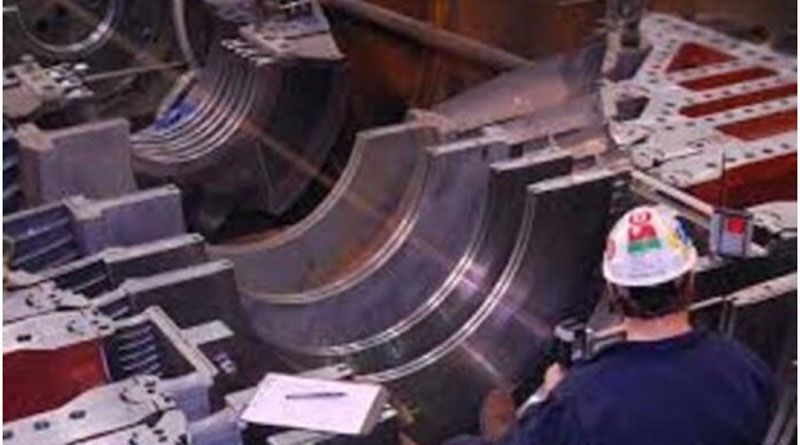 Steam turbines are mainly used as an energy resource in thermal power plants to generate electricity. As a device, it is a rotary heat engine that facilitates thermal energy conversion into mechanical output and electrical energy. This equipment mainly consists of a condenser, steam generator (boiler), feed pump, and many additional tools.

In the current global market, the growing use of alternative power sources has shown a decline in steam turbine usage in particular regions. Lowered number of nuclear power plant constructions and restrictive regional regulations regarding fossil fuel-centric energy generation influenced the corrosion.

However, factors like high-caliber thermal power capacity additions, increasing demand for electricity, and increasing use of co-generation operations are major driving forces in the steam turbine industry. The need for nuclear energy-based electricity has been on a steady rise. By 2020, at least 10% of the global electricity generation came from 440 nuclear power reactors.

This demand is rising throughout the world, which is growing the market for Steam Turbine Services. In the steam turbine industry, many trends and opportunities are visible in the global market sphere. This article would focus mainly on those.

Since the 1880s, coal has been the primary fuel in thermal power plants. However, environmentalists and other experts have raised concerns about the carbon emission rates in the recent global climate. Thus, many developed countries depend on other resources for power generation, specifically in North America and Europe.

You may like:  How to recover lost partition in Windows and MAC?

Yet, CHP usage or combined heat and power technology has seen a significant increase in the current global industrial market. This technology uses a combination of steam turbine and gas energy, which has resulted in steam turbine demand growth.

Globally, CHP systems are gaining higher acceptance due to their low impact on the environment and enhanced power efficiency. This is expected to grow the stream turbine industry further in the global market over the years.

The regions where these installations are likely to get the most traction are the South Asian countries. Due to the availability of high coal reserves, China focuses on constructing more thermal power generation units. Similarly, India’s steam turbine industry is expected to grow after the issues with their coal reserves stabilize.

A trend in manufacturing technology has been growing in prominence in the steam turbine industry. This is mainly related to reducing the costs and lead time in the energy generation process.

Modern digital technology like 3D models in the R&D designs is gaining popularity in industry key players in certain areas. In the manufacture of components, laser sintering is used for creating custom 3D models of use cases. However, this is more common in the gas turbine industry than in the steam turbine industry.

You may like:  The Future of Self Parking Kiosk

In the latter case, developers use this technology mainly in the various machining fixtures. Instead of spending high amounts of funds on metal, some key players in the industry utilize this technique for simulating and printing small machining fixture inserts. This is instrumental in lowering cost and time resources.

The electricity demand is at a steady rise among consumers, and other industries invest in new generating capacity additions. This is an expected growth opportunity for the steam turbine industry.

Characteristics like adaptability with temperature fluctuations and easier installation would impact the possible steam turbine demand in various industries. Processing industries, in particular, require steam output at a specific pressure. Thus, they are increasingly utilizing cogeneration systems for their operations.

Another trend anticipated in the steam turbine industry is supercritical (SC) technology for efficient energy generation. These coal plants are more modernized models that can control the water’s quantity of heat transfer. Thus, this reduces the over-usage of coal and decreases harmful carbon emissions.

Also, many steam turbines currently operating in different regions have reached their last stage of maturity. This contributes to the increasing industry demand for newer steam turbines.

The steam turbine market worldwide did not have many new players in the industry for some years. However, the rising electricity demand affects the steam turbine industry’s growth globally. The trends and opportunities mentioned above are expected to expand this industry even further.