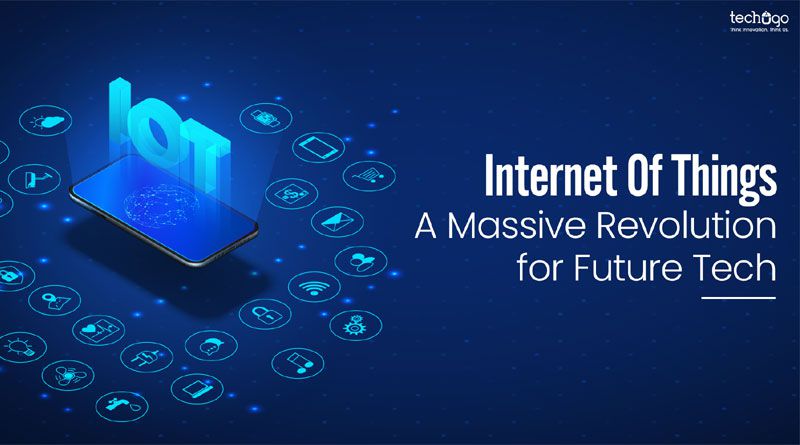 Who would have thought that technology could transform our lives and influence the functioning of even the smallest of things? For instance, controlling smart home appliances. Do you think that the internet has changed your life?

Rewind a little and think again! The thought about the ‘Internet of Things’ is going to change it all over again.

Well, IoT is a model that has been around for a while but has been recently boosted and transformed to complement a technically advanced lifestyle.

Everything is a part of the revolution brought by IoT.

Unquestionably, there has been a massive enhancement of tech due to the introduction of Internet-of-Things; however, the achievement of complete potential still lacks.

It is because of a few setbacks that remain ignored.

Do you want to gain more knowledge about the Internet-of-Things?

Fortunately, this article contains everything you need to know about IoT, key issues of IoT, industries that use IoT, and much more. keep reading!

About Internet of Things

In simple words, Internet-of-Things is referred to a large number of physical devices that are connected to the internet and exchange information. Therefore, real-time data communication takes place without human interference.

For better understanding, below-mentioned are a few examples:

Key Issues of Internet of Things

As mentioned above, there are a few challenges or key issues that are pulling back IoT and keeping them from advancing further. Therefore, it is necessary for developers to study these issues and come up with solutions for the same. The key issues are:

You may like:  Do people in non-English-speaking countries code in English?

The privacy and security issues lie at the top of the hierarchy of challenges. Notably, the device-level privacy issues include unsatisfactory authentication, troubled software, firmware, and more.

It is essential to embed security mechanisms at every layer of IoT architecture to keep from attacks and threats. However, a few IoT apps demand other modes to establish safe communication amongst IoT devices.

Privacy is also essential for the customers to feel safe while using Internet-of-Things mechanism. So, maintaining the verification to authorize communication between parties is crucial.

There’s a fine line between ethics and law. While ethics are standards believed by people, laws are the regulations set by the government. Notably, the advancement of IoT has given rise to various issues, including data security, trust and safety, privacy protection, and more. Therefore, most IoT users are in favor of government norms due to the absence of confidence in IoT devices.

Everything comes down to the solutions that the developers will adopt to overcome the trust issue when it comes to using IoT devices and systems.

QoS can be determined as a measure to assess the performance of IoT devices, and an exceptional IoT mechanism must meet the QoS standards. Therefore, the most important QoS metrics of IoT apps include cost, reliability, security, energy consumption, and service time.

IoT-based tech is dedicated towards improved mechanism and offer development to society and people. What’s better than the tech adopted by the health care industry, which is in full swing hitting the market.

You may like:  Why Every Company Needs Top-Notch Endpoint Protection?

Devices like wearable fitness bands enable users to monitor their health via applications that have features, such as blood pressure monitoring, oxygen levels, heart rate, etc.

There are numerous electronics available in the market that use IoT-tech and IoT apps for the functioning of the same. Some of the most popular examples are:

The transportation industry is also paving the way to IoT. For instance, smart devices incorporated into newly launched devices can detect traffic congestions and suggest alternative routes to the driver via mobile app.

Though most construction work requires manual skill, modern technologies like a drone, automated machinery, and more, have transformed the traditional approach of the job. Thus, the Internet of Things has a massive role to play in the construction industry.

The upgradation of IoT mechanism has captivated the attention of developers and researchers all over the world. Not only this, but IoT-based developers are working on the advancement of the tech so that it benefits society at its best.

Undoubtedly, IoT offers a flexible approach and it is hard to restrict its adoption. It has a lot to contribute to almost every industry we could name, and now is just the beginning. So, are you ready to develop IoT apps for your business and relish its beneficial outcomes in the near future? If yes, connect with the professionals today and get further insights. Till then, stay tuned for more!

Ankit Singh is a seasoned entrepreneur, who has crafted a niche for himself at such a young age. He is a COO and Founder of Techugo. Apart from holding expertise in business operations, he has a keen interest in sharing knowledge about mobile app development through his writing skills. Apart from sailing his business to 4 different countries; India, USA, Canada & UAE, he has catered the app development services with his team to Fortune 200, Global 2000 companies, along with some of the most promising startups as well.