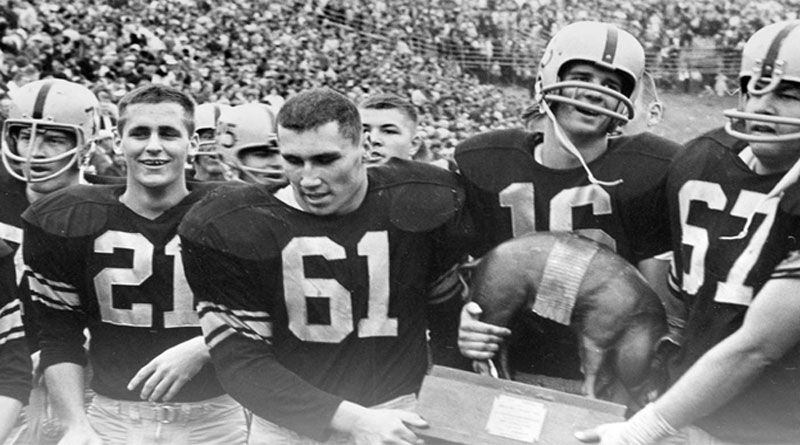 With all due respect to the NHL and MLB drafts, they are not even remotely in the same stratosphere as the NFL Draft, or for that matter, the NBA Draft. Therefore, we will focus our attention exclusively on the two aforementioned leagues. For those who must know the NHL Draft started its draft in 1963 while Major League Baseball conducted theirs two years later in 1965.

But the granddaddy of all professional North American sports, dominates all others. The NFL’s annual meat market has become a phenomenon to the point that most of the major sports drafts are followed by the sports betting sites while virtually all of them deal odds on the NFL Draft. It has become the most highly anticipated and viewed draft of all professional sports.

Dating back to 1935, Philadelphia Eagles’ co-owner, Bert Bell, was the driving force in getting the draft enacted. The issue was that the smaller market teams could not compete with the wealthier teams in terms of signing high-priced talent. Thus, the NFL Draft was born and the following year was the inaugural event.

Heisman Trophy winner Jay Berwanger was the first player selected in 1936 but the Eagles encountered the same problem that caused them to lobby for a draft in the first place – money, or more accurately, lack thereof. Reportedly, Berwanger was intent on getting paid $1000 per game which was too rich for the Eagles’ blood so they traded his rights to Chicago in exchange for tackle Art Buss.

Berwanger decided to maintain his amateur status so that he could attempt to earn a spot on the 1936 U.S. Olympic decathlon team. He would not make the cut and negotiations with Chicago broke down when he demanded $15,000 per season but Chicago’s owner George Halas stood firm at $13,500. Berwanger would walk away from the negotiating table and go to work for a rubber company. It was a decision he later admitted was one of his biggest regrets.

You may like:  5 Tips to finding great online SEO services

The NFL makes billions of dollars through the sale of its’ television rights and the NFL Draft is no exception. During the sports-starved pandemic year of 2020, the NFL had no choice but to conduct their draft remotely. But it went off without a hitch or technical glitch, and approximately 16 million viewers tuned into Round 1 on a Thursday night in April to watch the next generation of NFL talent hear their name called by one of 32 teams. It proved to be a smashing success for Walt Disney’s ABC, ESPN, and ESPN Deportes networks as well as the NFL Network.

Rounds 2 through 7 would air on Friday and Saturday but the big moneymaker is the first round which attracts even the casual NFL fan. The NFL Draft is a big carrot the league dangles which is part and parcel of their tv rights. It’s a windfall all the way around as the league reaps billions of dollars while the network attracts tens of millions of viewers and the players get rewarded with big money contracts. And the fans get to boo or cheer every decision when their favorite team reveals their draft pick.

You may like:  6 Ways SEO Can Improve Your Chicago Restaurant

The NBL had several stars it did not want exposed to the draft and in return, allowed the BAA to choose before any NBL teams. Imagine in this day and age the first pick in the draft eschewing a professional career to coach high school basketball? Well, that is exactly what happened in the 1947 inaugural professional basketball draft when Clifton McNeely from Texas Wesleyan University spurned the Pittsburgh Ironmen to coach the kids. It probably wasn’t the worst idea because the Ironmen, along with the Toronto Huskies, terminated operations before the season began.

Fast forward to the 1983-1984 season when teams were tanking because the upcoming draft class was predicted to be one of the deepest in history. True enough, this class is still considered one of, if not the, greatest of all time as four future Hall-of-Famers including, Michael Jordan, Hakeem Olajuwon, Charles Barkley, and John Stockton were available in the 1984 NBA Draft.

In one of the biggest scouting disasters in the history of professional sports, the Portland Trail Blazers traded up to the No. 2 spot with Indiana for the immortal Sam Bowie who was wedged between Hakeem Olajuwon at No.1 and Michael Jordan at No. 3. For those who are wondering, the Round Mound of Rebound, Charles Barkley, was selected No. 5 by the Philadelphia 76ers while John Stockton was plucked at No. 16 by the Utah Jazz.

Because of the overt attempts to lose games to gain a higher draft spot, the NBA went to a draft lottery in 1985 to protect the integrity of the game. The NBA Draft has seen many changes over the years but next to the NFL Draft, it is the most widely watched draft in professional sports, as well as the shortest, lasting only two rounds.