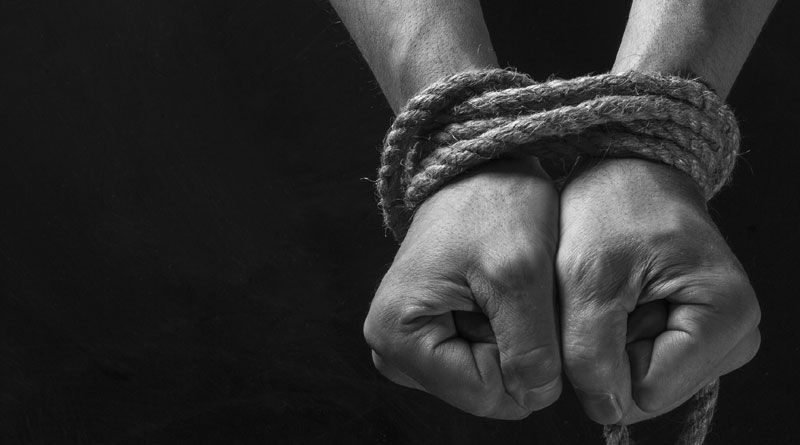 Human trafficking is a widespread menace in society. Mostly, ordinary people are not aware of the seriousness of such crimes unless it occurs in close vicinity. The trapped victims in such flagitious crimes suffer parlous consequences. Gratefully, many national organizations in association with Human Rights First (HRF) have taken practical steps to end human trafficking.

The U.S. Department of State termed human trafficking as modern slavery. It involves the transportation of women, children, and youngsters into a zone of exploitation. Most of the crimes included under human trafficking are, organ removal, prostitution, forced marriage, and forced labor.

Five significant signs can raise a red flag about human trafficking. Let’s have a look at them.

The U.S. State Department’s Trafficking in Persons Report says an unstable government demonstrates a higher risk for human trafficking. China, Sudan, and Russia are among the top countries with the highest trafficking rates. The traffickers search for individuals who can easily fall prey to their sweet talks.

The most common platforms they use to target potential victims are social media, chatrooms, and video-gaming consoles. The emotionally weak, depressed persons, financially down, and low-confident people are the prime targets for traffickers. So, if someone is trying to get very close to you for an unnecessary reason, it is a red flag.

The assessment of entire human trafficking cases is difficult because most of the trafficking cases go undetected. The U.N. refers to this as the hidden figure of crime. The reason these reports go unregistered is that the victims are manipulated to keep the activities discreet. Endangering the lives of their families and loved ones forms the basis to manipulate the victims.

When someone unduly tries to manipulate you, the first thing to do is, rush to your parents/guardians for help or contact a helpline.

The U.N. statistics suggest that only 0.04% of the survivors resort back to regular life. Most of the rescued survivors either suffer from PTSD or die of life-threatening diseases like HIV/AIDS. The traffickers create a sense of dependency on drugs, alcohol, fake-relationships, etc. These dependency tricks make the victims vulnerable to follow their demands and participate in illegal activities.

Watch the words, look for signs, and act wisely; this is the only solution from getting victimized to such foul-play. Always ask for help when in distress.

Trapping and Abusing the Victims

As per the TIP report (Trafficking-in-person report), every hour, an individual is trapped and abused worldwide. Once the potential victim is dependent on the trafficker, then trapping becomes relatively easy. Traffickers wedge themselves between the victim and those closest to them. When a victim is held against the will, he or she is abused brutally to repay the debts.

You may like:  Reasons why SEO is a continuous learning procedure

Debts for the services are offered like providing drugs, alcohol, car rides, expensive durables, etc. The most common favor asked to repay the debts is sexual benefits, either by threats, violence, fear or blackmail. When you realize you are in a trap, it is best to deal with those culprits with patience. Simultaneously call for help on hotlines and contact the police officials.

Some reports indicate that most of the U.S. trafficking survivors were from foster care units at some point. Since they were rescued hence, they became survivors. But how to identify the victims is the real challenge.

The most common features of victims are that they are hesitant to talk, avoid eye contact, do not reveal their history, are not aware of their location, unable to provide an address, hide injuries, do not disclose it, etc. These traits can help one to identify who could be the victim of human trafficking. Any signs of human trafficking can be alerting; you need to be a law-abiding citizen. Conform to the rules, protect the underprivileged, and end human trafficking.

Darren Wilson is a blogger and writer. He loves to express his ideas and thoughts through his writings. He loves to get engaged with the readers who are seeking for informative contents on various niches over the internet. He is a featured blogger at various high authority blogs and magazines in which He shared his research and experience with the vast online community.