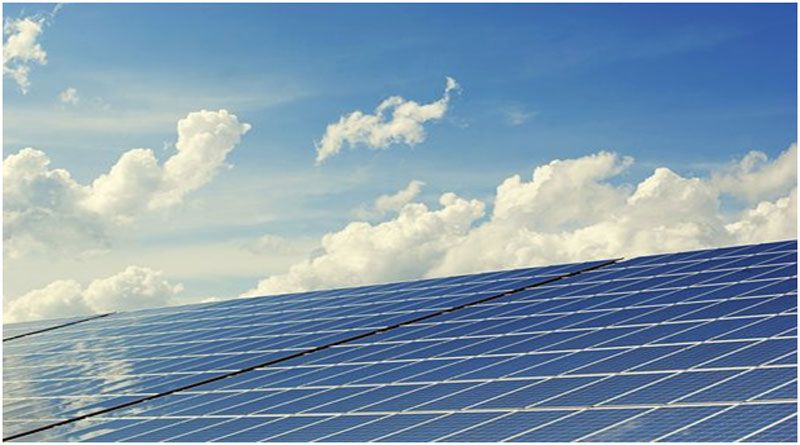 It is hard to speak about climate change without mentioning frightening statistics. Just recently, the United Nations Intergovernmental Panel on Climate Change (IPCC) declared that the Earth’s temperature is rising at an alarming rate, and much faster than we initially thought. If the temperature continues to rise at this rate, there will be even more extreme drought, floods, wildfires, and food shortages by 2030, due to the rise in temperature from dangerous green house gas emissions.

Right now, fossil fuels are used to meet most of our energy needs. However, the obligation to reduce carbon dioxide and other greenhouse gas emissions to conform to the Kyoto agreement is the reason why countries are gradually turning to non-polluting renewable sources of energies.

How does solar work?

Solar panels use the‘photovoltaic effect’ to generate electricity. Photovoltaic (PV) effect is the process of converting sunlight, or any other light, into an electrical current. Solar panels are made out of photovoltaic cells which uses a semiconducting material, like silicon, to capture sunlight. When the photons hit solar panels, their electrons are freed and begin to flow into a direct current (DC). The metal contacts at the top and bottom of the panels draw out this current so that it can be sent to an inverter that converts it to alternating current (AC). The AC is then sent to electrical panels when can be used to meet the energy needs of homes or businesses.

Solar energy generation has a long way to go to replace fossil fuels and nuclear energy as a primary source of energy generation, however, things have been lately moving in the right direction. Analysts at UBC suggest that the big power stations in Europe could be redundant within a decade. Many platforms, such as the Scoop company, have been established to speed up growth in the solar energy sector. They are helping solar companies with their scoop app to automate and streamline their operations and improve quality at a much lower cost.

While some homeowners and business owners may switch to solar energy due to the financial advantages it offers, such as lower utility bills and increased home value, there are significant health and environmental benefits that most of the people have not taken into account. Continue reading to learn more about those benefits.

The energy generation sector emits tons of toxic gases into the atmosphere each year. A high portion of these gases includes sulphur dioxide, nitrous oxide, and particulate matter which are the key air pollutants. These emissions mostly happen due to combustion of fossil fuels to generate electricity; however, the emissions also occur during the refining and transportation processes.

Reports from the International Energy Agency (IEA) reflect how steadily air pollution is increasing every year. China and the US alone accounted for one-third of nitrous oxide emissions globally in 2015, which is surely not good news for our ecosystems.The adverse impacts of air pollution on our ecosystem include lower crop yields, a decline of biodiversity, acid rain, and eutrophication of water bodies.

By including solar power in our energy generation, we can avoid a large amount of toxic gas emissions. Adding another 100 Gigawatt of solar capacity in the US alone will prevent 70,000 tons of nitrous oxide and 126,000 of sulphur dioxide emissions each year. This illustrates the impact of solar energy on the diversity of our ecosystems and its benefit for the health of our crops and water resources.

2. It slows down climate change:

Solar power generation does not release any greenhouse gas emissions. The emissions that occur during the manufacture and installation of a solar system are at least ten times lower than the emissions of a coal-fueled power plant. With the technological advancements, further improvements in the efficiency of solar technology can be made which would further decrease the overall amount of emissions. Currently, fossil fuels are responsible for releasing 75% of all CO2 emissions globally. 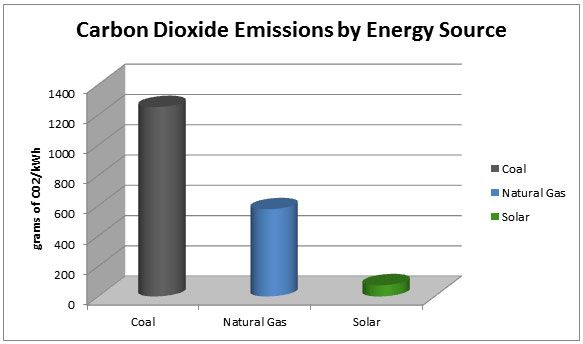 The National Renewable Energy Laboratory (NREL) in their research study indicated that replacing coal power plants with solar power could lower carbon dioxide emissions by as much as 100 million tons each year. This highlights the potential of solar energy to mitigate the impact of the energy sector on climate change.

Traditional electricity production needs large amounts of water for spinning turbines, cooling generators, processing,and refining fuel. Generating power through solar panels, on the other hand, does not need water to generate electricity. The only water it requires is for cleaning the panels which is just a fraction of what is required by other energy sources.

Comparing it with other energy sources provides a clear picture of the amount of water that can be saved through solar power generation. For instance, the coal power plants consume 3,500 times more water to generate one megawatt-hour of electricity compared to the photovoltaic system. Likewise, the amount of water required for a nuclear power plant to generate the same amount of electricity is1,500 times more than solar power generation. Given the scarcity of clean water and how many countries are battling severe cases of droughts, this is the most important environmental benefit of solar power.

Using solar energy also means you reduce the need for non-renewable resources. Solar energy is renewable, making it a vital and sustainable energy system that would drive the development of today and tomorrow. The sun produces 173,000 terawatts of solar energy every second. This is more than 10,000 times the world’s total energy use.

In contrast, non-renewable energy comes from sources that are finite and will eventually run out. The shortage of these resources poses a threat to the future growth of humanity. Going solar today is the best way to dodge the reality of finite fuel resources.

Solar energy is an efficient and sustainable energy source that boasts both social and cumulative advantages. It doesn’t require any water to generate electricity, it doesn’t release harmful gases into the environment, and best of all, it is abundant and free.

Michelle Joe is a blogger by choice. She loves to discover the world around her.She likes to share her discoveries, experiences, and express herself through her blogs. You can find her on twitter: @michellejoe524