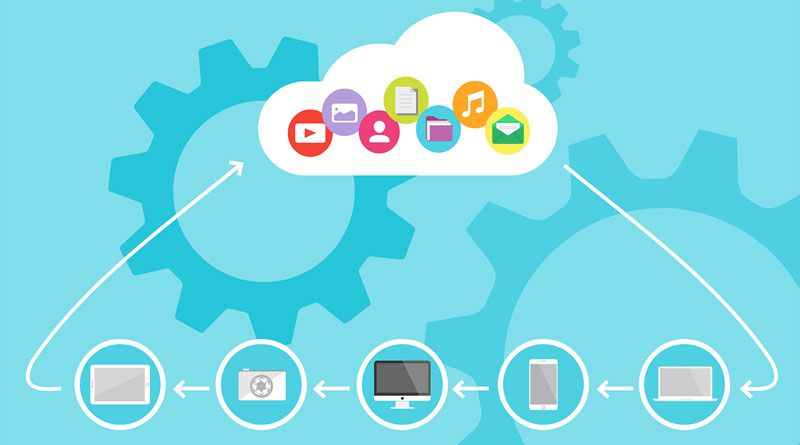 Cloud computing is currently one of the more popular IT technologies with businesses today.According to a 2018 survey done by RightScale, 96 percent of businesses reported that they are indeed utilizing cloud solutions in their operations.This includes using cloud backup services to lessen or minimize operations downtime in case of natural disasters or data server failure.

It’s not that surprising of a revelation, considering that companies stand to gain so much even with just a minimal implementation of cloud-based technologies in their IT infrastructure. From eliminating long periods of downtime to facilitating workable telecommuting even in remote areas of the world, the benefits to cloud computing are invaluable to companies no matter their size, industry, or product.

But what is cloud computing, really, and how did it evolve through the years from its very conception? To answer all these questions and more, let’s take a brief look back at the history of this seemingly-new phenomenon, which in truth has been around for more than 60 years already.

What is Cloud Computing?

The dictionary definition of cloud computing is as follows: “The Internet-based computing in which large groups of remote servers are networked so as to allow the sharing of data-processing tasks, centralized data storage, and online access to computer services and resources.”

To simplify it even further, cloud computing essentially means connecting to a huge bank of computers and servers over the Internet to leverage their combined processing power for a specific use. This allows any user or business to undertake jobs that may require more processing power that they have, without having to purchase the equipment necessary to get that among or processing power. They only need to pay for their usage of the huge bank of servers and computers.

You may like:  Ultimate Meme Marketing Strategy To Grow Your Brand On Social Media

This is where everything starts: the 1950s. A time where computers were far too huge and far too expensive for any company to afford, even if they were being quickly seen as essential tools needed for businesses to succeed. The only solution seen at that time was to implement a time-sharing system. Instead of having to buy a computer of their own (and constructing a massive room on their premises to house it), companies or users would simply rent the right to use the computer’s computational power for a specific duration of time. This allowed everyone to leverage computer technology as well as share the cost of keeping it running. As we can see, this is where cloud computing was “born” as a concept.

Technology would continue to evolve here, albeit at a snail’s pace. It was only near the end of the 1960s that the second component integral to cloud computing – namely the Internet – would be made. An American scientist named J.C.R. Licklider came up with the concept of an interconnected system of computers – a network, if you will. This would be realized in 1969 by fellow Americans Bob Taylor and Larry Roberts, with the duo developing the very first computer network that allowed digital sources to be shared among computers not in the same physical location. This network was called the Advanced Research Projects Agency Network – ARPANET for short. ARPANET would then become the very basis for the Internet as we know of today.

With the invention of the Internet, computing technology proceeded to evolve at a much faster clip, allowing cloud computing to truly be realized. One breakthrough came from computer giant IBM, with their release of an operating system called the Virtual Machine (VM) in 1972. The concept behind the VM operating system is to allow multiple computing environments to be housed and run concurrently in one physical system – something that is also integral to cloud computing. Other developments such as VPNs would also come out in the succeeding years, along with the very term itself.

You may like:  Cloud Computing Trends That Will Amaze You in 2019

It would be around mid-1990s where cloud computing would catch on as a business solution, with 1996 seeing it being adopted by many companies and education facilities all over the world.

The next step in cloud computing would come from the massive online shopping platform known as Amazon. In 2006, the company launched Amazon Web Services, or AWS. At its inception, it only offered two cloud services to interested parties, namely computing and memory storage. Fast forward to today and the number of services that AWS offers has risen to a staggering count of more than 70, with analytics, software, and mobile services as notable examples.

With AWS proving to be a very lucrative venture for Amazon, to the tune of US$18 billion of total revenue for the year of 2017 – there’s no doubt that the company will continue to drive innovations in cloud computing. Its many competitors, both big and small, will also contribute to its continued evolution as well.

There we have it, cloud computing’s history in brief. Looking back at how this particular invention progressed from being a simple concept to a full-out business-saving platform, it’s heartening to know that competing companies can come together to create, even if inadvertently, an invaluable solution to their common issues. Cloud computing’s history also speaks of a potential of this platform evolving into something more than what it currently is now. Whatever that form is, we can only wait and see to discover it.