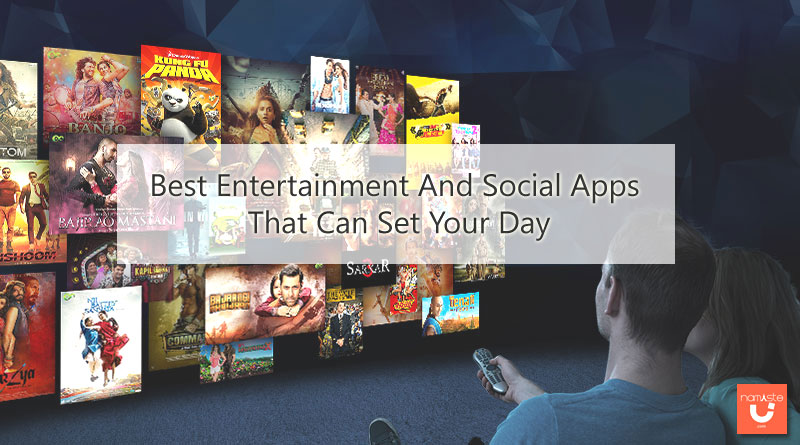 Can’t get your mood set to be productive, inspired or even to chill out? You can trust your smartphone to help you. It’s probably not healthy for us to rely on our iPhones and Androids so much and we might pay for it when the robots mutiny and take over, but till then, here are 5 apps that are the best for when you want to set the rhythm for the rest of the day.

There’s a whole assortment of movie apps on the internet if you’ve ever searched for them, but Terrarium TV is free for streaming, has the most content available in all kinds on resolutions, and you won’t need to renew subscriptions or subscribe to ten different streaming service to watch all the shows and specials you want. Not to mention it saves memory that would otherwise be consumed by these other apps. Downloading and chromecasting is enabled too, just in case you were feeling like watching something on your TV.

You may like:  How a Social Media Marketing Campaign Can Inspire Change in Society: 6 Examples There is no better music service than Soundcloud. Sure, Shazam brings a lot of the latest hits, but then so does your radio. Soundcloud has a lot of budding musicians, off-beat artists, as well as people who perform in forms that are going out of style like Jazz or Indie. It makes the app the most amazing way to listen to music and have a new experience every time you do. There’s a paid version of the app too, if you want some extra features to check out. When you want to watch some YouTube but also need to work YouTube is great in itself. But it doesn’t play in the background. And there’s a lot on videos I want to play in the background without interrupting whatever I’m trying to access at the moment, at the same time. YouTube Red is an essential for this very reason, since it adds a welcome layer of versatility to an already versatile app. Plus it gives you access to Google Play Music’s pro subscription as well, which is another good place to listen to great podcasts.

Daddy was a Thief : When you’re just trying to chill but can’t

There are a whole host of games you can play, of course, but Daddy was a Thief really takes the prize. The game is fast paced, entertaining, has a hilarious premise and some really funny animations. The game was a fad back in the day, and it quickly passed, but it is still pretty enjoyable.

You may like:  A Smart, Marketing Look At What TIKTOK *Really* Does In Our World OK so you’ve probably used Reddit. The community might be regarded as a social media and you might be urged to dismiss it, but its many subreddits ensure there is something or the other you can read and follow every minute of the day. If you’re looking to discover new music, tune in to r/listentothis. If you’re looking to get motivated, there’s r/getmotivated. If you’re trying to watch a documentary about something, look up r/documentary. I can’t put down my PC when I’m browsing reddit, because there’s just so much good stuff to enjoy, learn, discover and debate.

What other apps do you know on that can be good accompaniments to make your day?