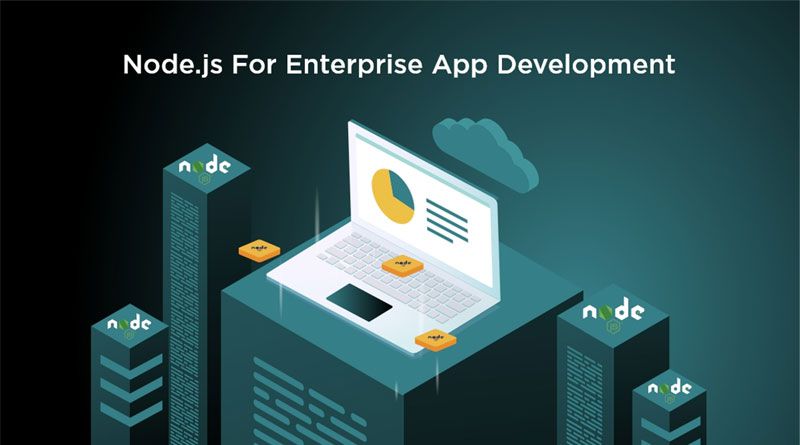 The digital world is full of tools and technologies, each with its advantages and disadvantages. That said, based on the project type and the needs of your business, you can choose from the variety of choices available. JavaScript has evolved as one of the most popular programming languages, and its runtime Node.js is springing up as one of the most loved developers’ options.

Node.js is neither a library nor a programming language but has gained a lot of attention recently. Hence, when hiring a mobile app development company, make sure that they have developers well-versed in developing applications using Node.js.

What is Node.js and Why is it So Popular?

There are multiple frameworks available that get compiled with JavaScript programming language, and among the several available choices, Node.js is one of the most preferred choices. Developers use Node.js more because it more generously enables the rapid development of scalable web applications.

Even if it is just a runtime that gets consolidated with the underlying JavaScript, many believe that it is a JavaScript framework. This is one of the major reasons why several large enterprises choose Node.js for web development.

There are plenty of reasons that explain why a programming language is one of the most preferred languages by developers and enterprises. However, the reasons behind choosing Node.js are different. One of the major reasons developers use Node.js for development is its ability to develop cross-platform applications.

Let see the usage statistics for Node.js by the developers.

You may like:  Everything You Need to Know Before Using G Suite Promotion Code

Node.js is based on the runtime of Google Chrome V8 and is written in C++. The framework is built to work on multiple operating systems and is designed to build applications rapidly. V8 and Node.js are updated frequently, which helps optimize the performance of the apps. The updates ensure that the security patches are done. Also, the architecture of Node.js is single-threaded and event-driven; it manages several connections effectively and simultaneously.

Node.js has been scalable from the very beginning ever since it was implemented. Furthermore, it is equipped with several features that include Cluster mode, which helps balance load over the cores of varied CPUs. All such features simplify the optimization, helps in monitoring, and easy deployment of applications.

It enables the development of cross-platform desktop applications using platforms like Electron and NW.js. Developers can reuse codes from desktop apps to web apps during node app development, and Node.js developers can access Google Chrome developer tools and the likes. This enables developers to debug better and profile the desktop versions of apps effectively for the client-side apps.

All significant tools for developers related to Node.js are cross-platform, which doesn’t require developers to have a windows machine, and it enables the building of apps for Windows or Mac machines.

Node.js is entirely based on JavaScript. This eliminates the learning curve for Node.js since it is relatively simple. The syntax of both JavaScript and Node.js resembles, and the developers can use it easily. Hence, Node.js is used to develop applications by .NET and Java developers as well. Learning Node.js and the development of scalable apps that effectively run on Unix systems as well as Windows.

Both seasoned and beginner developers can use Node.js who are looking to get applications built at blazingly fast speed.

The node package manager is also known as NPM, and it recently released an enterprise version that helps uphold the security and privacy of enterprise apps. It allows programmers to update, install, and utilize modules in Node. Node app development helps avoid complexities and ensures that the app development process remains simple.

Furthermore, it provides benefits to larger organizations struggling with data storage in the cloud. This helps enterprises gain access to private registries and several other features. As a result, companies can easily identify vulnerabilities, control access of codes, and automate the replacement of codes full of flaws.

In Node.js, Restful APIs are of primary focus, and it is one of the major reasons why it is one of the best options for the development of enterprise apps. Restful APIs can be reused, and therefore, they can be connected to the backend without becoming cumbersome. It enables the handling of large volumes of data without making things go haywire. This supports the development of software systems at an immense scale.

You may like:  12 Small Business Tools that are Perfect for Businesses on a Budget

Support for the Long Term:

With changes in user demands, enterprises keep adopting new technologies to stay ahead of the ever-changing world. However, amidst all these, Node.js has emerged as one of the stable solutions for developing web apps. The framework is existing for several years and served long-term support successfully. No doubt, Node.js is highly reliable.

Major releases of Node.js are maintained for at least 18 months, as declared by the company, right from the time they are built as LTS. However, a maintenance period of 12 months follows. During the maintenance period, no updates are made to Node.js regarding the features. They only look for existing bugs, and all security issues are also identified during this time.

There is no denying the fact that users’ needs are evolving with each passing day, so web applications developed by enterprises are also required to adopt new features to meet market demands. User experience is a vital component amidst the changes, and what keeps changing is how information is collected from users and how elements are presented in an app.

The apps must be superior in terms of functions and should be distraction and clutter-free. Hence, developers should always check the code base of enterprise apps and make sure it is maintained. This process is easy with Node.js since it can be easily and rapidly deployed, implementing all warranted features.

Node.js is one of the most preferred platforms when it comes to the development of enterprise apps. If you are looking to get enterprise apps developed, hire Node.js development services for maximum benefits. It is the best choice for backend services and is currently enjoying being the apple of the developer’s eyes. It comes with immense benefits and enables enterprise apps to take less time to get released in the market.

The development process requires fewer lines of code and fewer resources without compromising the performance of apps. Developers who have used Node.js once find it hard to change their choice because of the benefits offered.

Arjun Solanki is a Business Growth Strategist at WeblineIndia. Apart from this, he is also interested in sharing knowledge on various technologies and their influence on businesses through effective blog posts.