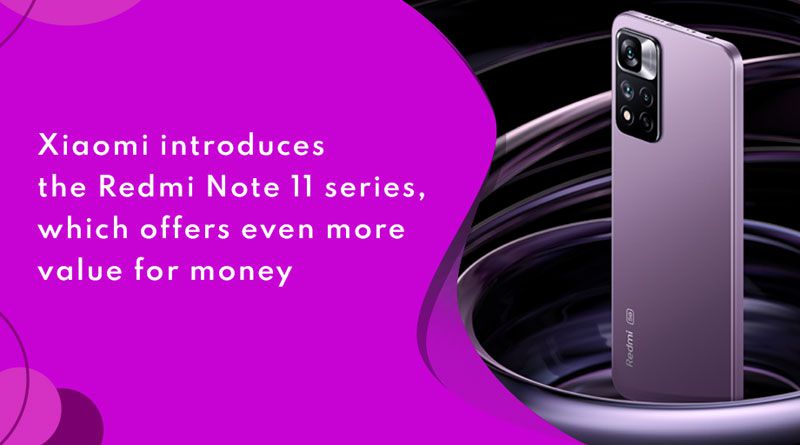 Xiaomi is one of the few companies that offer consumers devices that are packed with premium features and are budget-friendly. The Redmi Note series is known for getting a lot of bang for your buck and democratizing a lot of the high-end Android flagship hardware.

Only six months after releasing the outstanding Redmi Note 10 series, the firm has already revealed the Redmi Note 11 lineup, which appears to be lifting the standard for what mid-range Android smartphones have to offer once more.

The Redmi Note 11 series builds on its predecessors with a 108MP camera, 120Hz AMOLED display, enhanced design, and up to 120W fast charging capabilities. Xiaomi provides the Redmi Note 11 in three different colors to appeal to a wide range of customers.

You may like:  How Strategic Investment In Affordable Housing Works With Maxwell Drever Company?

This time around, the phones have different battery capacities and charging speeds. The 120W fast charging rates on the Redmi Note 11 Pro+ come at the cost of a somewhat smaller 4,500mAh battery. The phone can be charged from 0 to 100% in 15 minutes, according to Xiaomi. Another charging mode takes slightly longer around 19 minutes while keeping the temperature below or equal to 38 degrees Celsius. Along with the phone, the business is including a 120W power adapter.

Meanwhile, the Redmi Note 11 is the most affordable phone in the bunch, with a noticeably pared-down spec sheet and a price to match. To attain the lower pricing, it foregoes the 120Hz display, 108MP camera, and 67/120W charging rates. It is worth mentioning that both variants are capable of carrying of tasks such as data transfer with ease.

In the following months, the Redmi Note 11 series should make their debut in India, portions of Europe, and select Asian regions, either under their original identities or as rebranded Poco handsets.