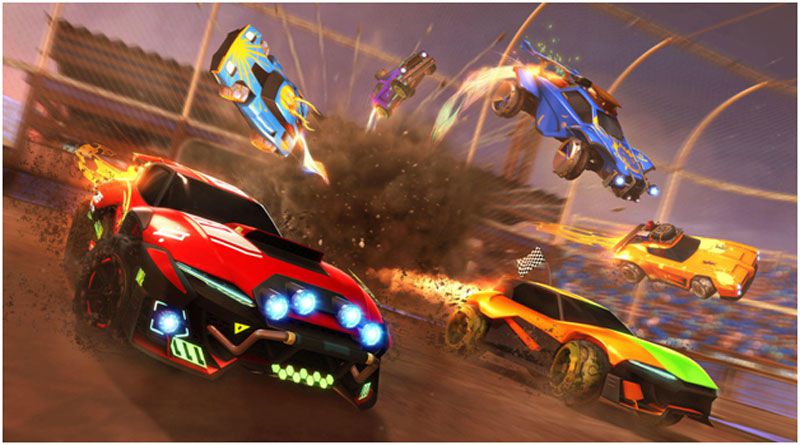 The Rocket League DreamHack MONTREAL 2019 was held a few days ago, and everyone absolutely enjoyed it. The tournament was held for three days, from September 7th till 9th, and we got to see some amazing matches during it. Around 32 teams who secured a spot in the tournament earlier faced off against each other at the Olympic Stadium of Montreal, Canada.  The tickets for the tournament were available through Bring Your Own Computer.

The Three Days of The Event

Day one of the tournament featured the group stage, where the 32 teams were divided into four groups. Each group featured a total of 8 teams, and only 4 teams made it to the second stage. For those wondering, this tournament followed the same double-elimination format as the rest of the Pro Circuit events. All of the matches were best of 5 and top 4 teams from each group advanced to Day 2.

Day two then began, and we saw the top 16 teams from the group stage. These 16 teams faced off against each other in a brand-new bracket. Teams were split into 2 groups with 8 teams each. Day 2 also followed a double-elimination format, with all matches being best of 5. Top 4 teams from each group advanced to the Playoff stage.

You may like:  8 Top Cyber Security Skills You Must Have in 2022

On Day 3, the Playoff Stage was held. 8 teams that advanced from day 2 faced off against each other in a single-elimination format. The Quarterfinals were best of 5, while the Semifinals and the Grand Finals were best of 7. Through the Semifinals, The Peeps and G2 Esports managed to make it to the finals. The two then faced off against each other during the Finals, where The Peeps managed to defeat G2 Esports with a total of 4 wins.

The Rocket League DreamHack MONTREAL 2019 featured a prize pool of $100,000. It was divided into eight different groups. The first-place winner received $50,000, the second place got $20,000, third and fourth place got $10,000, while the fifth, sixth, seventh, and eighthplace walked home with $2,500 each. Although the prize pool was not as big as other tournaments out there, it was still big for Rocket League.

DreamHack is well known for hosting top-notch Rocket League Tournaments. They are the very organizers behind the Atlanta Rocket League Championship that was held in 2017. This was the tournament where Muffin Men managed to win their first LAN tournament. The organizers claimed that they are going to work even harder on the DreamHack MONTREAL 2019, and they did. The tournament was amazing as it attracted the best teams from all over the world.

You may like:  Top 12 Shopify statistics that will help you shape your business

The Chief Product Officer at DreamHack, Michael Van Driel said that they have seen the size and passion of the Rocket League audience through the three international Rocket League tournaments they have hosted through 2017 ad 2018. They are now looking forward to hosting even bigger events, and Rocket League fans can also expect to see bigger prize pools in the future. Rocket League is currently one of the post popular titles out there. The game features a store through which you can buy Rocket League items, such as Rocket League cars and Rocket League keys using in-game currency. Make sure to give it a try if you haven’t already.