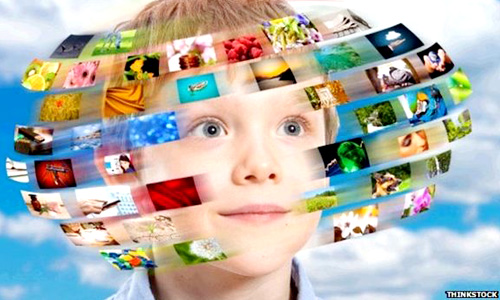 War does not mean that having the sword in hands on the battlefield to fight with the enemies. The modern way of war has been changed and the place of the sword has been taken by the weapons. Now there is the hell of the difference between the orthodox style of war and the modern day warfare. Today in the twenty-first century even the weapons are quite different. Now people are also fighting an electronic warfare. In old times the adults were fighting in the wars with traditional orthodox weapons. In the modern world, technology has changed the face of the war zones. People are fighting with the each other electronically.

The most interesting part of the modern world is that even the young kids are fighting in different war zones. Let’s come to the point, young kids and teens are used to of using online social platforms where they have to face the plenty of evils personalities that can harm young kid badly. On the other hand, if kids and teens adopt such activities on the web that can really create a mess in kid’s life.

How is the online world a war zone for kids?

They are the people that always in the search of adventurism and they usually make their victims on social media platforms young kids and teens. They view the profiles that are running without making the privacy settings and share their complete information. They bullied online young kids and teens by sending them sexually explicit videos and photo or by using sexual language. The victims usually don’t have the courage to tackle these evils. They finally go into deep depression, anxiety and stress. Cyber

Cyberstalkers mostly make the victims of teens and preteens by chasing them online. They are very clever ones that deal with the young teens with polite and friendly language in order to make them friends. Once they make them friends online then they request tens to meet them in a real world and ultimately play with their emotions and use them for their sexual interest. So, these kinds of peoples are very dangerous for teens and for preteens.

They are same as the stalkers but play with kids only. They chase young kids through social media platforms and visit their social media profiles that are lacking with the privacy and see their name and address and after that chase young kids in real life in order to abuse them. Therefore, parents have to keep kids safe and sound from child abusers.

Young kids and teens also use dating websites and applications in order to have someone in a relationship. So, in short, they do blind dating with the online people without having the prior information. Therefore, they encounter and got into the trap of sexual predators and teens lose their respect and dignity. Teens don’t realize that dating sites are the ones who are adults, but they still using multiple dating platforms and got cheated.

You may like:  Design Trends 2017 You Should be Aware of

The pornographic content in the shape videos and photos are present on social media platforms and on the web. The young teenagers when visiting the content they got obsession and finally put themselves in real dangers of health and moral issues. They usually got memory loss, stress and depression, and frustration.

Note: Hence, we can say that all the upper mentions evils have made the online world truly a war zone for young kids and teens.

What should parents do?

Parents should use cell phone monitoring app to protect young kids and teens from all these issues and protect them from an online war zone. They can use IM’s social media for the mobile phone tracking software. It enables users to view IM’s logs, chat conversation, shared media files and VOIP calls. Hence, parents can view all the social media activities of teens to protect them from online social issues. Parents can easily safeguard teens from cyber bullies, stalkers and sexual predators. On other hand, parents can also get remotely screenshots of the modern phone devices to view their activities they on their cell phones when connected to the internet.

Use cell phone surveillance program to protect kids and teens from all online dangers to the fullest and parents can get the peace of mind having such a powerful tool.

Angela is serving as senior editor and analyst at TheOneSpy Android monitoring app. She has tremendous expertise in kids monitoring, employee monitoring, business management, and business security. The series of published articles on global forums are the testimonies that she is expressive and can naturally convince readers through her creative works. Follow her on twitter @LatestTechBlog