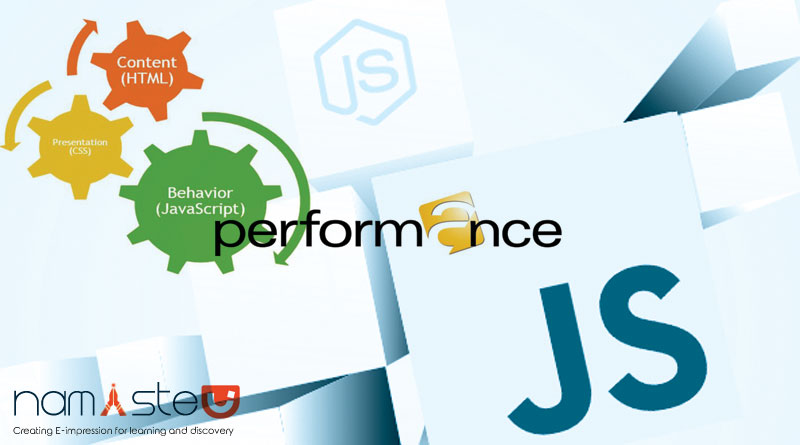 Client side java Script can make your application more dynamic and active. Let’s see some performance tips that will make your JavaScript fly.

Basically, the browser’s interpretation of a code can itself introduce inefficiencies. So, the performance of different constructs may varies from client to client. Below tips can make a best practices to optimize your JavaScript code.

While variables is referenced, JavaScript finds it down by looping through the different members of the scope chain. It is just like a set of variable within the current scope i.e. set of local variables and global variables. So, it takes a longer operation into it.

First, it goes through the local variables starting with this and then iterates through all global variables.

So, anytime, when you use a global variable more than once you can redefine it locally.

Avoid using with in your code. Because with() appends an extra set of variables to the beginning of a scope chain and for performance, it has a negative impact, making it expensive for looking up variables in the other scopes.

This is a very useful and powerful aspects of JavaScript. But, they has their own performance drawbacks. Closures have a minimum of three objects in their scope chain: a) closure variables b) local variables, and c) the globals.

Creating a closure is comparing slower than creating an inner function, and much slower than reusing a static function.

4. Get rid of deeping into arrays

Don’t dig too deep into arrays. This cause the operation very slower. For e.g. if you dig three levels into an array then this is three array item lookup instead of one array.

5. Variables are always fast than objects and arrays

7. Change CSS classes rather than styles

Changing CSS classes is more optimal than changing styles and this creates a re-flow issue. CSS classes don’t avoid re-flow and they simply minimize it. You can use a CSS class for changing a number of styles at once which in turn only incur a single re-flow.

Another big topic in JavaScript optimization is leaving the DOM alone. As DOM operations are very expensive, while appending an array of list items to the DOM individually, this is considerably slower than appending them all at once.

Don’t use for-in loops. There is a very straightforward login behind this. Instead of looping through a set of indexes with a for or a do-while, a for-in loop not only through additional array items, but this is also requires more effort.

Use for each one. This comes with a slew of performance issues i.e. an extra function is introduced with a corresponding execution context which is created and destroyed.