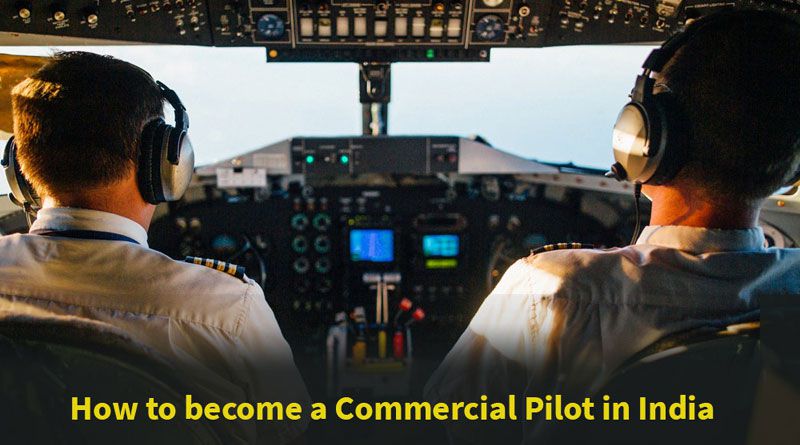 Choosing a career as a Commercial Pilot is not only a challenging job but also a pleasant one. Piloting has always been known to be one of the most exciting career options and many students want to become pilots from a very young age. A job as a Pilot not only offers high salaries but also exciting experience and exposure. If you are looking for Indian Air Force Jobs in India, this article will help you to know how to become a commercial pilot and join the civil aviation sector in India.

How to become a Pilot in India?

In India, there are two ways to become a pilot;

You may like:  9 College Tips from Senior Students: How to Choose an Editing Service

Who is a Commercial Pilot?

A Commercial Aircraft Pilot Job is a highly-skilled job that flies aircraft or helicopters for Commercial purposes, which includes transportation of passengers or cargo, emergency rescue and aircraft testing. The commercial airlines select at least two persons as pilot crew, i.e. a Captain and the First Officer or Co-Pilot.

Process of becoming a Commercial Pilot

You may like:  7 Proven Tips for Writing Follow-Up Emails After a Career Fair

Nowadays, the dream of becoming a pilot has started to rise in the heart of a lot of youngsters. As the standard of living of the Indian public is rising along with their spending limits, the aviation industry has observed an increase in the number of passengers. So, to cater to the increase of airline passengers, a need was felt for more pilots. Therefore, the Ministry of Civil Aviation, India has invested a lot of effort in developing this sector with companies such as Air India, Spicejet, Air Asia, Indigo, Vistara and many more. I hope this article is helpful to you in choosing the dream job as a Commercial Pilot.