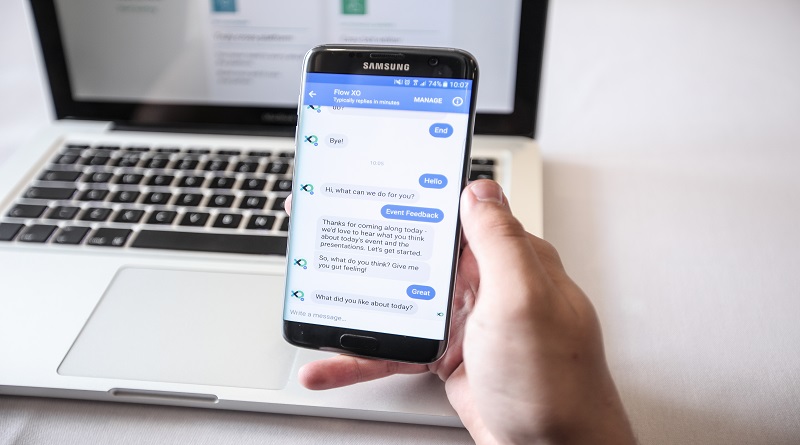 The trends on the Internet in recent months could easily be described with the name: Chatbot. Every company and every website has its own chatbot and you might also want one. But the question is: do you really need one?

However, Chatbot can mean much more, because all bots have something in common: they all serve the purpose of either doing something or passing on information to the end user. The difference, however, is in the method.

At this point, we use the most common solution: a chatbot that automates tasks or querying information, so you do not actually have to have one person involved on a page.

How do bots work?

First, you need a chat interface. Probably the most popular is Facebook Messenger. You can also create your own interface which you can place on your website.

Interface aims to provide pleasant user experience when reading or typing messages. Another purpose is to send metadata about the conversation, such as data about the user, attachments such as pictures, or other important information to the platform.

So a chatbot is not connected to work?

No, that’s not right. The interface only gives you the ability to receive messages and send them to the user. However, all the applied logic around your bot requires a lot of work. For commands, conversations or interactions, you are on your own and you must implement them.

You may like:  Call Tracking Technology and The Most Common Questions About It

You need a server that can accept requests from the interface and send messages back to the interface. You also have to worry about storing the information you need for your business goals. You can use any programming language that is common for servers today, and of course, there are already a large number of tools for network elements.

What are the intentions behind using a chatbot?

The most important aspect of every bot is the goal you pursue with it. In simple words, what is your bot capable of? If the bot has been programmed to control light, it will be difficult to get it to regulate the temperature.

Nowadays, bots are created for two main tasks. The first task is to do something on command: for example, to control the temperature, to order a smoothie, or to reserve a table in your favorite restaurant. The second main task is to gather information for the user that a bot can easily find and it is not necessary for other people to be involved. Good examples are retrieving the movie program or querying the current status of your package.

The essential point in the overall “Bot” area. Leading technology companies are pursuing the development of natural language processing (NLP) algorithms that can help programmers understand the intentions of the user and understand the context of messages. Some of these NLP algorithms are already available for programmers. The problem with these tools is that they usually only work in English, and support for other languages has been tentative so far. The second problem is that it is not great when many decisions are made during conversations and these are difficult to customize and expand due to the use of artificial intelligence.

Fortunately, there are other simpler solutions that work well in most cases. However, if you take the simpler route, you have to accept that you cannot take advantage of NLP (recognizing objects and intentions outside of the text), but instead only options like “exact match” or working with formats which can be easily analyzed by the computer.

The first and simplest approach is that of a bot executing single commands. If you’ve ever encountered a command-line interface while working on your computer, that’s what it’s all about. Instead of writing on the “nerdy console”, they write in messenger. You write a command, the bot executes it and gives you the result.

It gets harder when you need more complex reports: the bot then collects user information step by step, which is more like the chat interface. The issue is that you must follow the conversation and the context so you know how to respond and what the user expects. You can start with a simple if/then function, but this becomes a mess and leads to a disaster. A better solution is to use a kind of decision tree that allows you to control the structure of the website (storyboard) with an easy-to-publish format that can also be visualized.

How to start with a chatbot?

While it’s not that difficult to create your own bot, you should first consider whether a bot is what you really need. If that’s the case, you need to make a well-informed decision as to which platform and which backend should be the backbone and face of your bot. In case you still are not sure: Do not hesitate to contact mobile app development companies to hire dedicated developers for your Android apps.

Harnil Oza is a CEO of Hyperlink InfoSystem, one of the leading app development companies in New York, USA and India having a team of best app developers who deliver best mobile solutions mainly on Android and iOS platform. He regularly contributes his knowledge on the leading blogging sites.