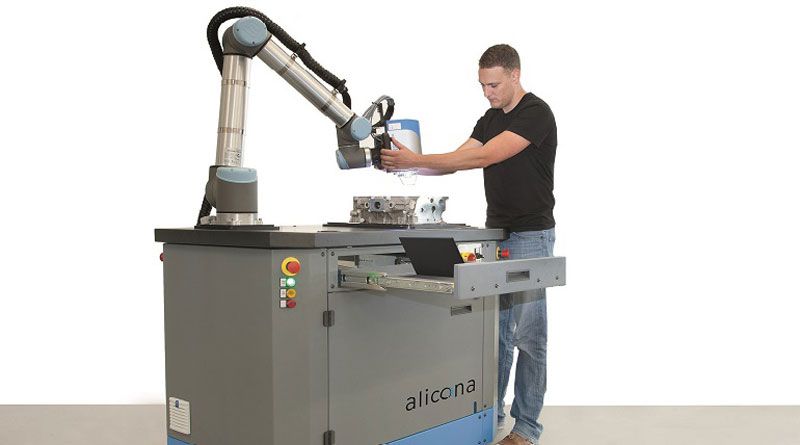 Automation in the assembly industry has come a long way. Long since human beings discovered that they could delegate difficult and boring tasks to robot arms, they’ve always been at a constant state of evolution. Industrial assembly robot arms of old were bulky, resource intensive and required entire factory wings shielded from people to operate. This made them a preserve of big industrial players who could afford the steep costs, therefore, alienating smaller factories who had to rely on human labor.

Today’s robotic arms come in all shapes and sizes with prices and operational costs to accommodate anyone who has a need for automation in their assembly plant. Of particular interest in industry 4.0 are the new collaborative robotic arms made by companies such as Universal Robots. Designed to be paired with human operators, collaborative robot arms are touted as one of the key drivers of the 4th industrial revolution. They have totally disrupted and redefined the way we look at industrial automation in the modern era.

You may already know this but for the sake of clarity and to help us draw a distinction between modern Cobot arms and traditional industrial arms, we need to briefly explore the whole concept of robotic arms and the assembly line.

Robotic arms are essentially machines consisting of jointed segments which can be programmed to perform the desired action. Most, but not all robotic arms are modeled around the human arm to mimic the natural movements hence the reason why a lot of traditional robots are able to replace human laborers in big factories.

The whole concept of collaborative robot arms came about when the need arose for semi-autonomous robotic solutions that could be deployed to work at their operator’s behest in normal day to day tasks. Most if not all assembly plants can take advantage of these semi-autonomous Cobot arms to increase workstation productivity across the entire assembly line.

Ways to Implement Collaborative Robotic Arms in Your Assembly Line

Although technical requirements tend to vary from industry to industry and even plant to plant, the following are abstract guidelines to deploy collaborative arms in a typical assembly line.

What kind of tasks would you like the robot arm to take over or assist an operator in a workstation? You can deploy robot arms based on tasks and configure them appropriately so they perform a specific function recursively.

The beauty of modern collaborative arms is their versatility. You can invest in a number of identical robot arms such as the UR10 and use a rotational cycle to deploy them based on current work volumes within an assembly line. You only need to have the appropriate End of arm tooling and reprogram the arm for each of the tasks within a specific workstation in the assembly line.

You may like:  Top 3 Best Free Google Fax Apps

This not only saves costs but ensures standardization across the entire assembly line. Redeployment is also a smart way to ensure resource maximization in your plant for improved efficiency. Most assemblers appreciate the need to continuously improve efficiency within their plants as it’s the only way to stay competitive.

You can deploy several robot arms under a single operator in a workstation to carry out several coordinated tasks at once. This is one of the most impressive properties of these modern collaborative arms. They are built with coordination in mind and can be configured to work like an orchestra. For instance, you can line up a few robot arms in a single workstation and configure each to do a set of tasks and hand over to the next one until they achieve a certain goal.

There are a number of assemblers already using Universal Robot robot assembly arms in their plants around the world. They include companies such as Creating Revolutions- a Miami startup making hospitality service pagers, SHAD- a European motorcycle parts assembler among others. Full case studies on these companies can be accessed on the UR website.