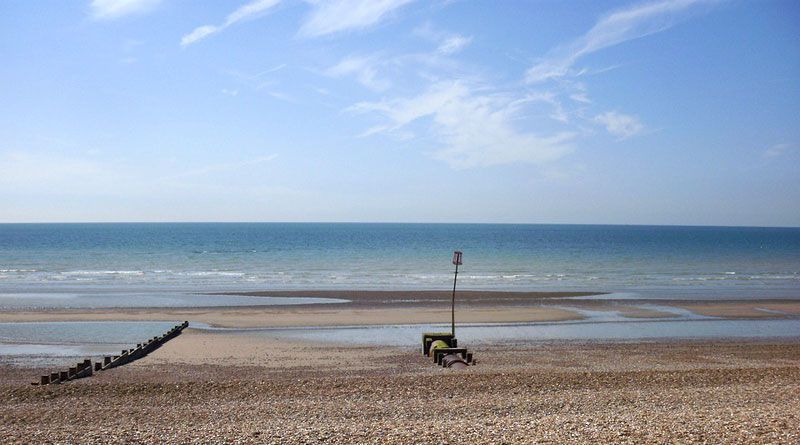 Goa is a tiny emerald state of India which is quite famous for attracting tourists from the world. A large number of visitors arrive in Goa because of its white-sand beaches, nightlife, festivals, places of worship, bars and pubs, World heritage site of architecture. It also encompasses an enriched flora and fauna for its location on the Western Ghats ranges. Goa has supported a natural habitat for several animals, birds, and marine creatures and for this reason, it has got international recognition of biodiversity hotspot. The state is spread along an area of around 3702 sq km with two revenue districts, the Northern Goa and Southern Goa. The beaches of Goa are widely distributed between these two districts and are called the north Goa beaches and south Goa beaches. It was under the Portuguese influence for a long time as it was captured after defeating the then Sultan of Bijapur, Yusuf Adil Ali Shah. It continued to be ruled by the Portuguese rulers even after India achieved its Independence in 1947. Later in the year 1961, the Indian Army invaded the territory and freed it from the Portuguese rule through Operation Vijay. Hence, we can witness that Goa has an unconventional blend of both Konkani and Portuguese culture. To enjoy a sun-filled breezy summer holiday here are the three most sorts after beach destination in Goa:

Like any other area of Goa, Anjuna was also under the rule of Portuguese. The name Anjuna was derived from the Arabic word Hanjuman meaning merchant guide, while others say its an Arabic word for change. Anjuna beach is primarily a village which is situated in the northern segment of Goa. The census town was among the twelve Brahmin Comunidades of Bardez. It is a tourist destination that was discovered by the hippies in the 60’s. Originated as a hub for central backpackers and late-night party lovers, in recent times it has become a stopping place for Indian influential-city youths.

You may like:  Travel App Development: Discussing Its Features, Benefits, And Cost

You can make your way through this beautiful village, and find out the diverse range of intriguing artistry in the whitewashed churches, green paddy fields and boho-styled Portuguese houses. As a beach, Anjuna gives a stiff competition to its contemporary Baga that is also located in the northern periphery of Goa. The hippies find it charming for the Sun, food and water sports activities. They have transformed Anjuma as a place for a symbiosis of eastern spiritual tradition with the inflow of western music. Additionally, it has a good number of beach shacks that attract tourists for the famous Goan cuisine offered at a nominal range. Another exciting aspect of this place is that it hosts a Wednesday flea market that starts operating from dusk till dawn. Beautiful handcrafted jewellery, clothes, artefacts are available in the market and while buying any of these items, don’t forget to bid and bargain.

If you turn a little away from northern Goa and decide to spend a couple of days in southern part then Palolem is the place for you. Palolem located at Canacona town and it is one of the best south Goa beaches. It offers a crescent-shaped beach with white sands at a stretch of about 1 mile, and one can get an overall glance of the glistening seawater from any end. The sea is shallow at the northern end, which provides a desirable condition for average swimmers and the depth is increased gradually. What makes the beach more exquisite, is the sapphirecoloured sea, beautiful rock juttings, coconuts palms and the serene ambience. The beach is also sought by the Yoga practitioners from both the country and abroad for the refreshing positive vibes. There are infact, many yoga centres and resorts that offer yoga classes at Palolem beach. You can also haggle for a fair priced boat trip to spot the charming dolphins in the sea. Also, you can get your hands at the traditional delicacies of coastal fish curries that have its influence from South Indian flavours.

Sinquerim is among the eccentric yet chic beaches of northern Goa, which is located in the sub-district of Bardez. The graceful rampart of Fort Aguada thrusting along the Arabia Sea cleaves it in two halves. The 16th-century fortress accompanied with a tower was a Portuguese construction to keep a vigil on the enemies like Marathas and Dutch. The oldest beach was preserved till date and is known mainly for its quiet and secluded atmosphere. It offers a panoramic view of the lavish greenery nestled on the uninterrupted golden sands that stretches for about 9kms. You can be a bit adventurous to indulge in a walk along the vast coastline or travel to the Aguada Fort to feel the breezy vibes.

As a traveller, if you’re seeking for Sun, sand and sea then Goa provides an ideal destination for holidaymakers. There are wide stretches of crescent sand dunes surrounded by the turquoise water of the Arabian Sea and backed by the tall coconut trees. The endless series of beautiful and balmy beaches with a coastline of around 105km is a reason why so many people throng during the summer for a beach holiday.