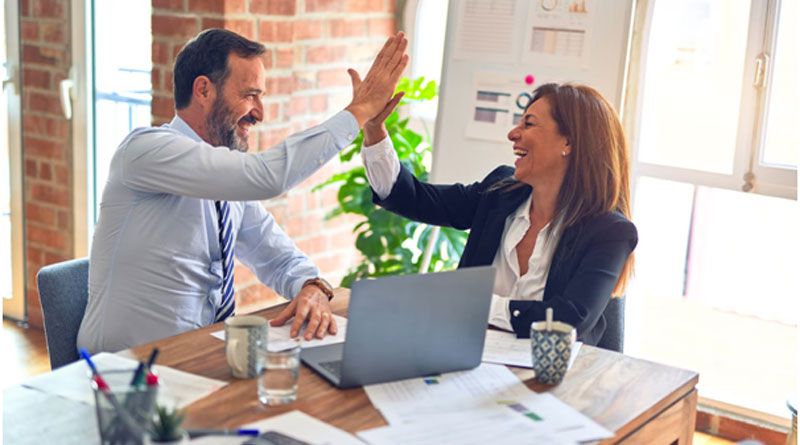 Conflicts indicate a weak organizational culture in the organization. This culture is typical for young organizations where the system of norms and values is not definitively formed, nor is the system of shared values. But it is often the case that a mature organization with a stable workforce does not have a strong culture, which may be due to a lack of support for its core values.

Thus, conflict resolution in enterprises becomes even more urgent because it disrupts the effectiveness and ability to work cohesively.

Conflict is, first and foremost, a clash of interests, and goals and not a contradiction, as many believe. Conflict can become a confrontation between the parties but remain at the initial level. The emergence of conflict in the organization is influenced by the organizational behavior of employees, which focuses on interpersonal and intra-group clashes that occur due to different personality traits and lack of communication. There are two approaches to the consideration of conflict: on the one hand, conflict is seen as a problem that arises between people.

Conflict should also be understood as a lack of new ideas that lead to stagnation, lagging in innovative development, and slowing the growth of the entire organization. Thus, managers must maintain the conflict at a level necessary for implementing creative activity and innovation in the organization.

You may like:  Nettitude: Top-tier Penetration Testing Firm in Singapore

Some conflicts between groups are generated by their goals or objectives. Another source of conflict comes from the personal experiences and orientations of individuals in individual groups.

There are several types of conflicts in the organization:

To effectively manage conflicts, a manager must:

Conflicts between boss and subordinate, employee and buyer, often escalate into a struggle or a departure. Neither option is considered an effective method of conflict management. Experts in psychology and sociologists offer several other varieties of personal behavior in conflict. Widely spread in conflict is the one created by C. Thomas and R. Killman’s two-dimensional model of personal behavior in conflict interaction. This model focuses on the interests of all parties to the conflict. The parties in conflict, analyzing their own and their opponent’s claims, choose five behavioral strategies (fight, withdrawal, concession, compromise, cooperation)

You may like:  Important Programs to Help Your Employees

The following methods of conflict management are most commonly used:

Conflict can have functional and dysfunctional effects on the operation of an enterprise. The first manifests itself in the fact that, as a result of a clash of interests and goals, the enterprise improves the management structure and embodies new ideas. In the second case, the negative impact is shown in a weakening of organization and team unity, selfishness towards other employees, and weakening of mutual interest in the common success. In extreme cases, the departure of employees from the organization is a decrease in work efficiency and the loss of qualified personnel.

The company loses time to resolve conflicts and identify their causes, which leads to a decrease in productivity, deterioration of employee morale, complications in partnership, and a drop in the enterprise’s prestige. All this leads to increased dissatisfaction with supervisors and the job itself. As a consequence, the result is reflected in all areas of the enterprise: a decrease in income and a drop in sales of enterprise products. Marketers spend enormous efforts on the search for new markets, which leads to a slowdown in production and ultimately to a reduction in the number of employees.