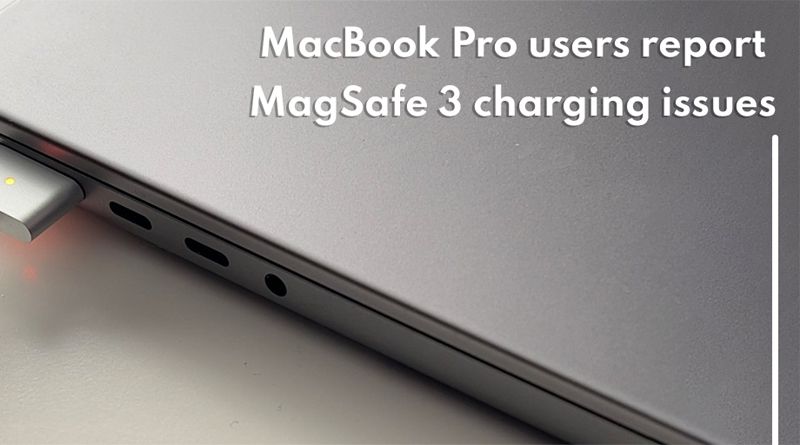 When their Mac is turned off and the lid is closed, some 16-inch MacBook Pro owners appear to have discovered a common issue in which the MagSafe 3 connector fails to deliver the necessary charge.

When powered down, some 16-inch MacBook Pro models fail to charge if the MagSafe port is plugged in, according to Reddit. The MagSafe indicator glows amber instead of turning green, indicating that the Mac battery is not receiving power. The issue can be quite problematic during data transfers. Some consumers have attempted to call Apple Support for help, with varying degrees of success. After a protracted back-and-forth, one user claimed that Apple Support decided to send them a replacement laptop.

When a MacBook Pro is linked to MagSafe when it is turned on and subsequently turned off, MagSafe 3 charges the Mac as expected. The problem only affects some customers when they try to plug in the MagSafe connector after the Mac has been switched off. The flashing amber MagSafe light indicates that something isn’t working properly, and customers can follow the procedures on an Apple Support page to get MagSafe back up and running. However, the steps don’t appear to work when the MacBook Pro is shut off with the lid closed, as stated.

The issue does not affect all 16-inch MacBook Pro owners, and we have been unable to duplicate it. Regardless, there are enough individuals experiencing the issue that Apple may address it soon.