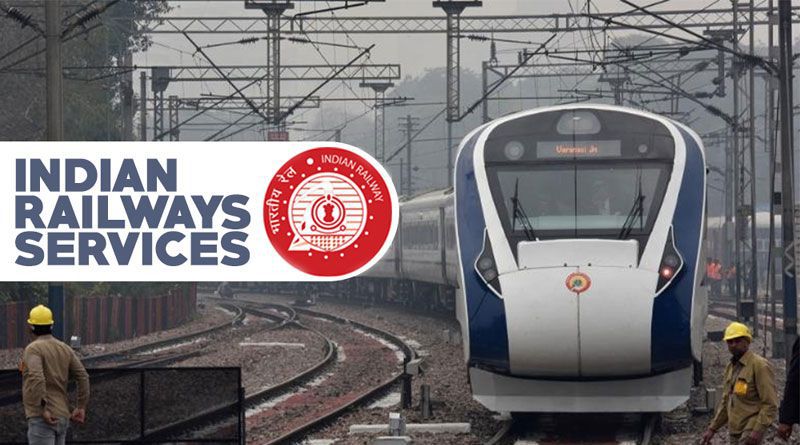 Indian Railways is the backbone of the Indian Government and the Indian economy. It is a governmental entity under the Ministry of Railways that works for India’s public railway system. It is controlled by the government as a public good and manages the third-largest railroad network in the world by size. IR runs 13,523 passenger trains daily, on both long-distance and local routes with covering 7,321 stations across the country. It also owns locomotive and coach-production facilities at several locations in India. Indian Railways had 1.3 million employees as of March 2019, making it the world’s eighth-largest employer and is one of the best employers in the country. So in this article, we will discuss Indian Railway’s 8 Services to make your job search easier in Indian Railways.

The Indian Railway Traffic Service is a Group A civil service in IR, which works under the administrative control of the Ministry of Railways. The IRTS is the fifth most coveted Indian civil service and its cadre strength is around 900. The two core functions conducted by the IRTS are facilitating coordination among various technical departments and managing revenues for the various services offered by the Indian Railways.

You may like:  Naples is one of the Best Cities in Florida

The Indian Railway Accounts Service is a Group A civil service in IR with a cadre strength of around 800 officers. IRAS was formed when the British Indian government decided to separate railway finances from the general finances of the government of India in 1920. The maintenance of Indian Railways’ accounts and provide financial advice to the executive are the core functions of this cadre.

The Indian Railway Personnel Service is a Group A civil service with a total sanctioned strength of the service 478. IRPS is responsible for managing the human resources and welfare of the employees of Indian Railways. Overseeing inter-service relations, employment conditions of employees, among others, are important roles played by IRPS.

One of the oldest services in India, the officers from this service manages the civil engineering sector of the Railways. The existing fixed assets of the railways like tracks, buildings, bridges, roads etc are maintained by IRES, as well as they build new ones also. A degree of engineering is required to work in IRES as an officer.

IRSSE is a specialized service that manages the signalling and telecommunication infrastructure of the Railways. IRSSE officers perform one of the most important functions to assure a safe and smooth running of trains – interlocking, which refers to operating the signal equipment and devices.

Indian Railway Stores Service (IRSS) cadre is responsible for forecasting, planning, procurement of material, logistics management, and warehousing of Indian Railway’s assets. It is also responsible for giving material support to the production of railway coaches, locomotives, and railway wagons. Realization of revenue by selling of scrap is another major function of the Stores Department. This is done by means of auctions, tender sale, and staff sales.

I hope this article is informative for you to choose easily which services of Indian Railways you want to do.