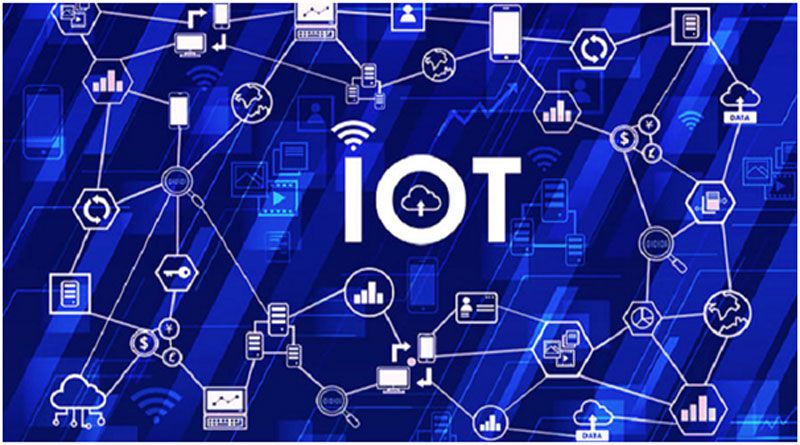 The IoT is becoming a more viable topic of discussion both in the workplace and outside of it. It is a concept that not only has the potential to influence how we live but also how we work. There are a lot of complexities about the Internet of things, but I want to stick to the basics.

The IoT refers to the number of physical devices throughout the world that are now connected to the internet, collecting and sharing data. It means the capability of IoT is to transfer data over a network without requiring human-to-human or human-to-computer intercommunication.

The way Internet of Things is forging ahead in its capability to revolutionize numerous aspects of business and human life, we can say the impact of IoT connected devices is growing powerful.

Still, IoTapplicationdevelopers must explore tools that really consider the development process with acceleration, suitability and efficient learning. IoT developers have a splendid range of open-source tools and platforms to build excellent and goal-oriented IoT applications.

What are these tools and what should you know about them before you start with any of them?

Based on different development techniques and industry difficulties, here are top IoT tools that an IoT app development company can utilize to create strong applications:

Arduino development kit is the best companion to emerging developers who aspire to be an established name in the IoT development field. Using these tools, one can build an interactive app suitable to IoT economy.

Arduino stands out in its ability to offer software tools to IoT novices and enables cloud-based system so that developers can easily share messages across the boards. The system comes with its own Arduino based programming language & works best for users who lack a substantial background in app programming and wants to make a name in the IoT apps market.

If you are into building basic-level IoT solutions and prototypes, Tessel-2 is equipped with numerous sensors and modules. It integrates with a number of modules such as RFID, camera, GPS and the accelerometer and more.

You may like:  How to take advantage of 404 error page?

Since Tessel hardware device can be programmed using Node.JS, Java developers with expertise in Node.JS have a great opportunity to develop IoT apps. Tessel is known for offering a robust IoT platform.

Home Assistant is the perfect solution for developers who wish to master the space of smart home solutions and establish seamless connectivity between internet and living space of the house. Working on Python, Home Assistant suits latest IoT standards of IoT apps and is the best answer for interacting with digital hardware system for and tracking your device.

This tool can be also during internet outages and is reliable for data security. It is easy to use on Desktop and laptop, but it may not be the best option if you seek constant uninterrupted connection.

The tool Canopy can be your suitable companion. The platform helps you clarify the process of creating an IoT cloud where Canopy itself is a heroic cloud relay between IoT apps and IoT devices. Canopy Cloud service is the server-side open-source element that you can run on any type of a Cloud platform.

Developed on None.JS, Zetta is an excellent server-based platform that takes devices from the various brands to convert them all into API. Zetta is considered to be a pioneer in IoT mobile app development solutions and heavily uses the cloud in order to be accessible and operable virtually from any location.

The best part about using Zetta along with Arduino is that users can benefit from marrying the best of reactive programming with Web Sockets, which suits the requirements of data-packed IoT implementations.

Eclipse – IoT is perfect for an IoT app developer who is fond of building IoT hardware, Gateways, and Cloud platforms. This IoT tool holds a grand credit of holding a collaborative effort of many individuals and companies who are enthusiastic about the development and implementation of IoT technologies. If you explore the wide spectrum of services and projects performed by the Eclipse team, you will find that Eclipse IoT has the potential to help you enrich technical expertise.

Like Home Assistant, Device Hive is promising in creating an automotive system for your existing processes and is especially reliable for enabling smart home systems. This easy-to-use and handy, Device Hub empowers you with remote-controlled operations.

You may like:  7 Effective Tips You Can Grab From Search Console

Losant is a significant alternative for developers who want to simplify the IoT application development system and get the most out of it. It could be your top-class platform that has the admirable capability to help you build IoT solutions with speed, efficiency as well as security.

Platform IO is another solid cross-platform IoT development tools that contain a build system with a library manager and IDE. You can either port the IDE on tops of the Atom editor or use it as an installed plug-in.

What makes Platform IO stand out is that it is compatible with more than 200 boards and offers an impressive debugging integration solution.

Like to AI, IBM Watson is an API that enables IoT developers to use a host of cognitive computing features in IoT apps. This innovative tool can be provided to predict the future requirements based on the current analysis of data it monitors. IBM Watson not only simplifies the job of IoT developers with numerous services, but it also offers a competitive advantage by employing chatbots and their power to process, analyze and understand natural language.

Drones are one of the most significant and compelling topics of debate in the IoT domain recently. It has an in-built airborne computer, known as Luci, installed in drones. Using Dronesmith, an IoT app developer can easily develop custom drones based on pre-defined specifications.

Essentially more businesses and consumers take an interest in smart approach also IoT-connected devices by observing the rising demand in IoT development. The main driving momentum for incredible IoT growth is given by the expanding community and open-source IoT tools. The complex IoT developers can utilize these tools and platforms to achieve their dream of developing IoT apps and transform their distant concept into reality.

Sreenivas Godlindla is a digital marketing professional at a leading mobile app development company presents in USA and India. As a marketing person in the tech company, He loves to explore and share technological advancements in the domains of mobile, IoT, AI, Blockchain and web.