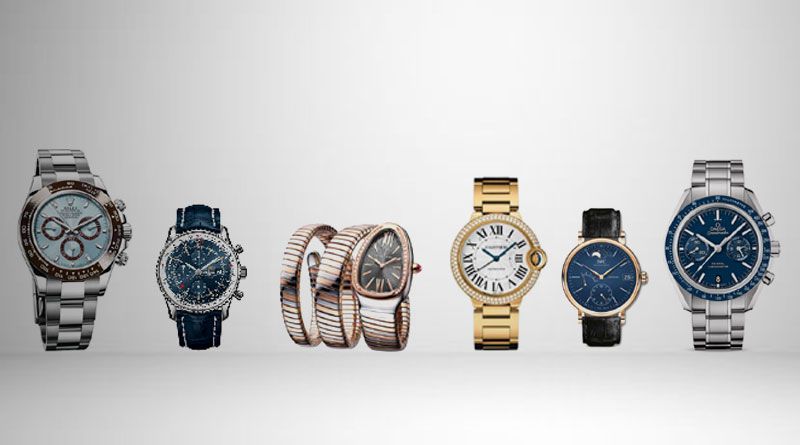 The Swiss luxury watch markets have changed drastically in the last few decades. The watches that are offered are truly remarkable in every sense. They represent one of the best luxury goods industries in the world and that in itself is a big honor. Swiss watchmakers are not only great artisans but also master craftsmen who take an immense amount of pride in their work. What truly separates them from others in the industry is their passion and loyalty for/to the sublime art of high-end watchmaking. Let us take this moment and find out about the best timepieces for men and women that the Swiss Haute Horlogerie industry is known for today.

The Cosmograph Daytona has reached a legendary status in the recent past. The watch was first released in 1963. But what people do not realize is that Rolex began the work on this timepiece way back in 1955. This was the Rolex reference 6234. This was a time when the Cosmograph moniker did not exist yet. The watch was still in the developmental phase and needed work. By the time the watchmaker launched the Cosmograph Daytona, it was already a major name in the watchmaking industry. The brand had already established itself as a master of the art of haut de gamme horology.

You may like:  Crooked Teeth - Can They Cause Issues? Should You Straighten Them?

The Breitling Navitimer is a very close second to the Cosmograph Daytona in the list of top chronographs in the industry. The watch is a monument of precision and Haute Horlogerie heritage. Breitling came out with the timepiece in 1952 as a direct successor to the Chronomat timepiece. The watch gained a massive following due to its innovative slide rule bezel.

Cartier needs no introduction as such. The luxury watch brand is a star in the Haute Horlogerie universe. The world of luxury watchmaking has changed a lot since the time when the Santos and Tank watches made their debuts. But Cartier has stuck to its iconic design language and has utilized it in every timepiece it has. The Cartier Ballon Bleu is a really impressive watch that carries with it the brand’s DNA in all its glory. What it also does is blend in some new features that help it create a new identity for itself. The Roman numeral time markers are staple to Cartier but at the same time the round case with the curved crown guard are new elements from the Maison.

The IWC Portofino is probably the best representation of luxury in simplicity. The timepiece is classy, suave, and just downright gorgeous. It has the quality of a topnotch Swiss luxury timepiece and at the same time it exudes an aura of a simplistic, down to earth, and highly functional time keeping device. IWC has done a stupendous job with this reference and it clearly shows.

You may like:  Tips For Getting Going In Self-Storage Investing

When we talk about the Omega Seamaster, we don’t just speak of a watch. Instead, we talk about a whole segment of history of the watchmaking world and how the watch helped it progress. The Seamaster is a brand in itself and that says a lot about it. It was first launched in 1948. It was mildly based upon the wartime watches that Omega supplied to the British armed forces towards the end of the Second World War.

There are many watches, however, that could not make it to the list. Timepieces such as the Bvlgari Serpenti, the Panerai Radiomir, and the Ulysse Nardin Freak are some names that deserve to be celebrated.