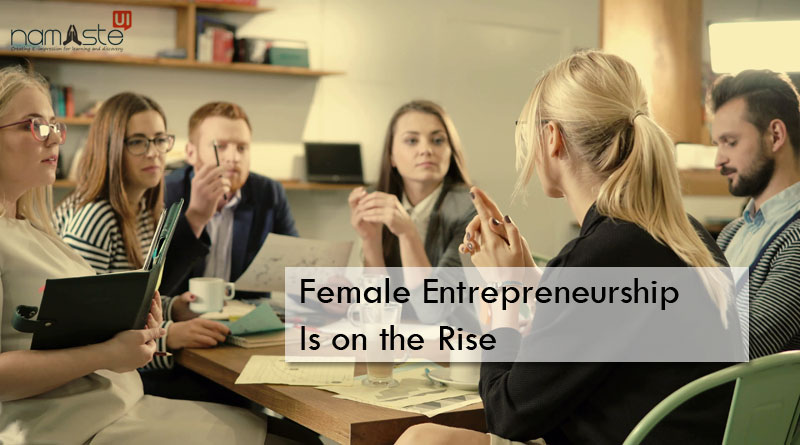 As Bob Dylan may have rightly pointed out through his song, “times they are a changing”, it indeed resonates with the rise of women entrepreneurs in the world. In fact, it wouldn’t be wrong to state that we are possibly living through the golden age of women entrepreneurs, which is finally here. The stars have aligned to propel this trend as strong ecosystems are paving the way for enterprising women armed with ideas, inspiration, and substantial funding.

In the recent years, the surge of women entrepreneurs has rapidly grown at a staggering pace, which is at least two times higher than their male counterparts. What works for women, in this case, is their innate quality of giving back to the society, of uplifting others, and presenting a better living condition for others.

Some interesting statistics on the emergence of women entrepreneurs:

Even until a few years ago, women have been at the receiving end of huge gender disparity between the number of startups, specifically in the tech industry. And while we can easily identify names like Jeff Bezos, Mark Zuckerberg, Elon Musk, Steve Jobs, Bill Gates, Richard Branson, Michael S. Dell. On the contrary, a list of 25 entrepreneurs as presented in the Ranker magazine only featured, Vera Wang and Oprah Winfrey.

You may like:  How to Start a Freelance Career if You Already Have a Full-Time Job?

Considering that 2018 has been recognized as the ‘Year of the Woman,’ it is time for these lists to emerge as more gender representative. Statistics suggest that 1 in every 5 firms with revenues over a million is women-owned. In fact, 30% of all businesses worldwide are women-owned.

So, even though the progress has been slow, things are definitely looking up in terms of the prominence of women entrepreneurs. In 2017, a study indicated that the numbers of women entrepreneurs are expected to grow exponentially in the next two decades. A majority of the experts are of the opinion that in the future, women would match or surpass men in different spheres and industries.

The study revealed that as opposed to previous years, women entrepreneurs and small business owners are optimistic that the local, national, and global economies will become even more favourable for them to thrive in the coming years.

These entrepreneurs are crossing the spectrum of higher revenues, primarily because they are not only supporting life but also working towards accumulating wealth. Some experts also believe that women entrepreneurs are successful because they enjoy a reliable status within the broad community. Research shows that many women-driven businesses are outpacing in growth and revenue from those owned by men.

You may like:  How to Create the Best Badges for Merchandising?

Also, it’s interesting to note that women entrepreneurs have also used crowd funding to gain a foothold in the competitive market. Even though they are less likely to use crowd funding than men, they reportedly raise an average of 10.75% more money than their male counterparts specific report have suggested.

One of the factors propelling the success of women entrepreneurs is the emergence of “incubators” for startup organizations. Incubators are often found in universities. They present seasoned entrepreneurs as mentors and introduces to investors.

Technology is another guiding factor for encouraging women entrepreneurs to leverage its power to have a successful career. Tools like social media and various web programs that share documents are helpful in this case. It is now a lot simpler and cheaper to work globally for women entrepreneurs.

So, women are breaking boundaries and pushing the envelope in different areas of business by using their entrepreneurial talents to make it big in the male-dominated industries.

Siena William is an entrepreneur and activist of women’s rights. She has pursued her MBA from Australian National University. She has recently joined Assignment Help Company as a writing expert.

15 thoughts on “The Rise of the Women Entrepreneurs: The Promising Prospects”