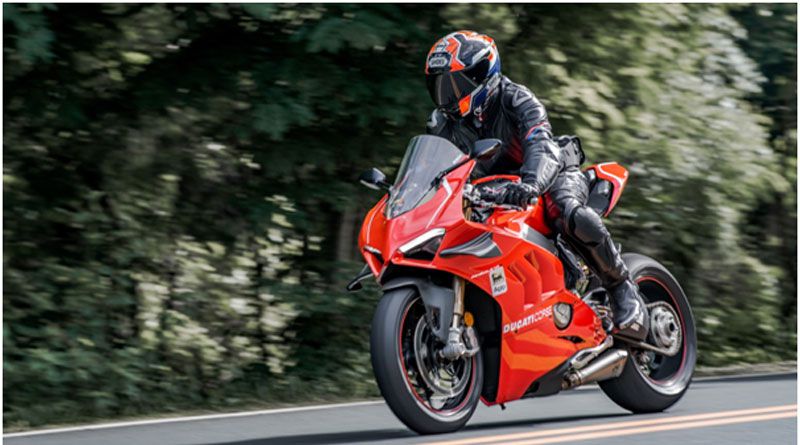 Countless articles and studies will let you know just how dangerous it is to ride a motorcycle. Still, countless motorcycle enthusiasts are riding their bikes with a passion and wouldn’t change a thing.

What are the benefits of motorcycling, for a change, and why is it a full-on lifestyle for so many bikers?

The Risk of Riding vs the Joy of Riding

Disclaimer:This article is in no way trying tounderstate or disregard the dangers of riding a motorcycle. Their small build, high speeds, and flexibility often leave them unseen in traffic situations, leading to accidents, where no carriage, airbag, or seat belt is protecting the driver. Riding a two-wheeler is often more challenging – it is highly recommended to buy motorcycle footwear, helmets, gloves, and protective clothes and to wear it every time you ride your bike!

However, there must be something that is still speaking in favor of the means of transportation, which we are examining in this article.

There are bikers clad in motorcycle club regalia and leather with their tattoos and a penchant for rock music who very much celebrate motorcycling as a culture. Then there isthe ‘regular’ folk, who use their two-wheeler to get from A to B.

What attracts either of these groups and anybody in-between to ride a motorcycle?

There are several good, practical reasons to ride a motorcycle:

For many motorcycle riders, a bike is more than a means of transportation. Many associations we have with motorcycles make the vehicle desirable. When we think of motorcycles, we typically think of freedom, rebellion, and individualism. The biker isn’t someone who sticks or wants to stick to traditional values. The biker finds his or her own way in life, whether others consider it appropriate or not. Typically, the scene is also tied to traditional ideas of masculinity, stoic toughness, and badassery.

Those ideas started quite early and became mainstream when Marlon Brando starred in The Wild One in1953. Brando had been the Hollywood bad boy because of his several changing sexual partners (both male and female, according to himself), public outbursts, and other antics. It made him the ideal actor for the role of Johnny, a motorcycle gang leader.

The movie and Brando’s popularity single-handedly made the Schott Perfecto, the original leather motorcycle jacket, famous enough that schools had to ban them for a year in hopes of reducing gang activity and rebellion among students.

You may like:  Practical Ways To Be An Environmentally Friendly Record Collector

Another cult classic, drawing from and influencing the motorcycle culture, is Easy Rider (1969). The movie focuses on individual freedom, adventure, and the traditional pioneering spirit that was once tied to cowboys. All the while displaying scenic motorcycle rides through the American landscapes and a great array of rock songs.

The film is an accurate portrayal of the societal landscape and tensions towards adolescents in the 1960swhen the establishment fought against hippie culture and communal lifestyles, which made it a landmark counterculture movie.

The themes of individual freedom, counterculture, and rebellion against the status quo appear over and over in motorcycle media. Punk and rock bands, two movements with similar values, picked up on traditional motorcycle styles and began wearing and further popularizing the black leather motorcycle jacket. Likewise, it would not be surprising if an individual who valued the same ideas would lean towards buying and riding a bike and experiencing some freedom and individualism themselves.

Becoming a motorcycle rider can both be an emotional decision and a practical one. Some riders cherish the motorcycle lifestyle and all it entails. Values such as freedom and anti-establishment ideologies – and let’s not lie, probably a bit of the coolness factor – can be reasons for someone’s desire to ride a bike. At the same time, even without these ideals, a motorcycle can be a reasonable choice. It is practical in large cities with few parking spots and traffic jams. Not to mention, a bike is simply a cheaper means of transportation than a car would be.

The Truth About Duplicate Content and Its Impact on SEO