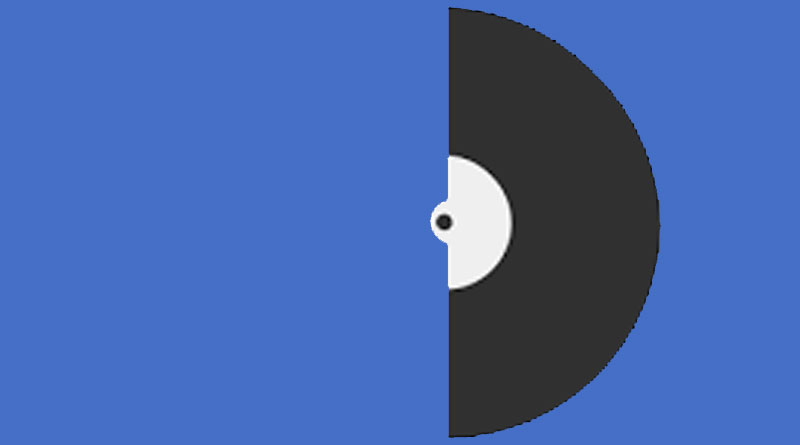 The environmental impact of vinyl on the planet is one of the music industry’s (many) dirty little secrets. Last year alone over 4 million new vinyl records were purchased, and considering the average LP weighs about 135g, that means that over 550 tonnes of our favourite black plastic – with all its associated energy and environmental costs entered into the market at a time when we should all be thinking about reducing our carbon (and plastic) footprints.

1.Take care of your records

First and foremost, with proper cleaning, proper storage and even the occasional repair you should never need to buy any record more than once. Vinyl is a far cry away from single use plastic – let’s keep it that way.

2. Fix them where possible

Put quite simply, lower your standards. Cosmetic damage to a record can, if you put your mind to it, simply be ignored. Crumpled corners, for example, are annoying but don’t really necessitate replacing an entire record. Even warping is something that can often be ignored – if it doesn’t affect playback, and isn’t getting any worse, then hold off on replacing it. You may even be able to find a store that can fix the warp – or if you’re brave enough, look online and you can even try it yourself.

3. Give them to Charity/Local Record Store/ Swap shop

Many local charity shops will be glad to take them off your hands (as long as they’re not wrecked). Discogs and Ebay are always worth checking just in case you have something that might just sell. And, if you know anyone who sells at car boot sales, offer your unwanted wax to them or go along yourself – they’re still a haunt for certain vinyl collectors.

If a record just isn’t doing it for you anymore, think about gifting it to someone who may want them.

Let’s be clear. PVC records are not recyclable, not in the traditional sense…

There are specialist vinyl recycling places that will accept them, but the difficult physical processes involved require scale. So we’re talking bulk quantities here – industrial amounts, rather than domestic. As such, whilst its cardboard sleeve and paper dust protector is usually fine to recycle, the record itself is not. Find a local record store that does deal with industrial amounts, Norman Records for example will happily take them off your hands if they are broken beyond repair, or even if you just don’t have the time to pass the working records on to charity yourself.

6. Get creative and repurpose… or give to those who do!

Walk through any market in the land (or simply head over to Etsy) and you’ll find weird and wonderful things crafted from old records – bowls, clocks, ash trays, bookends, framed artwork. If you’re not handy or artsy enough to make things like this yourself then maybe offer your unwanted vinyl to someone who is?

7. Be Proactive – Tell your favourite artists and labels to consider eco-friendly production methods

For more than a century, the current method of production has been consuming vast amounts of energy. But, there are companies trying to fix this. Dutch CD manufacturer Symcon, have devised a method in which to create a more environmentally friendly production process for vinyl records. It is estimated to use 65% less energy and has received grants from the European Union to help make the technology more readily available.

You may like:  7 Tips on How To Buy a Refurbished Espresso Machine

Awareness matters, alot. Exert your consumer pressure. The sooner your favourite labels and artists are called to address the problem, the sooner they start to ask for their vinyl to be produced using these greener technologies, and we can all start to feel a little less guilty about our vinyl addiction.

Finally, if you still don’t think your doing enough, perhaps look to the other areas of your life which consume a lot of plastic, your weekly food shop for example?

Or, there’s a little company called Plastic Bank which takes plastic waste and turns it into a currency, offering above-market rates for plastic items to incentivise people to collect it and stop it entering the seas. For a small price you can offset your average yearly consumption of plastic (84kg) while also helping to alleviate poverty (and also maybe your conscience?)

Norman Records is an online music retailer, specialising in indie, alternative and electronic music released on physical formats. Based in Leeds, they have been selling vinyl, CDs and tapes online for over 20 years. To read more about what they are doing as a company to reduce their environmental impact, take a look here.