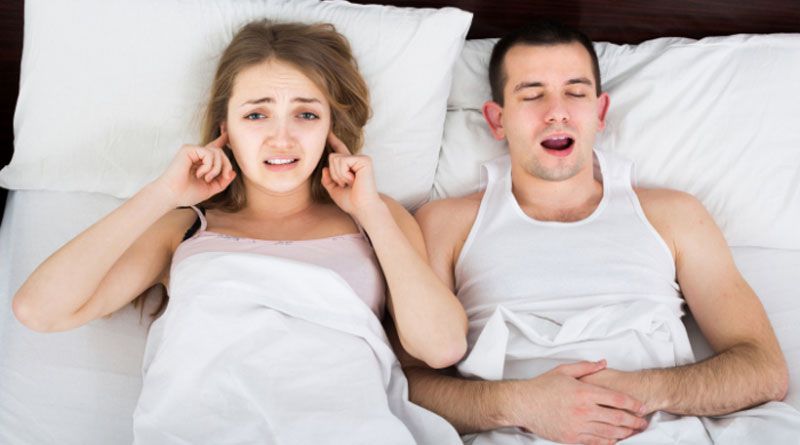 Breath sounds, also known as lung sounds, are noises that your lung structure makes when you breathe in and out and are normally not noticeable. There are three types of normal breathing sounds;

They are usually a sign of an underlying health issue like infections or inflammation in the lungs. There are three different types of abnormal breath noises.

Wheezing: These are high-pitched and continuous noises that may sound like breathy whistles. They are mainly heard using a stethoscope, but sometimes they may be loud enough to hear without one. They mainly happen when the bronchial tubes are narrow or inflamed.

Crackles: Also known as rales, they sound like discontinuous rattling, clicking, or bubbling when you inhale. They either sound dry or wet, and doctors can classify them as either coarse or fine. They happen when the air sacks are filled with fluid.

Stridor: This is a high-pitched, harsh, wheeze-like sound that happens in a person whose upper airway is blocked. It mostly happens when the person inhales.

Rhonchi: These are low-pitched continuous, rough sounds that may be confused with snoring. They happen when air attempts to escape via bronchial tubes containing mucus or fluid.

While these noises can be heard when you are relaxed, they worsen or increase when you engage in physical activities like working out.

You may like:  Top Benefits of Fenugreek for Hair You Didn't Know About

Bacteria and viruses may cause your nasal passages to clog or swell, making it difficult for you to draw enough air into your lungs. Colds increase the production of mucus in your airways, which results in nasal congestion. That could happen anywhere from the nose to your lungs.

Sinuses are small air-filled spaces that are found behind your cheeks and nose. A virus might cause an infection in those spaces, causing them to become inflamed and swollen. It also causes your nasal passages to swell and become congested.

That makes it hard for you to breathe normally through your nose, causing abnormal breathing noises.

The colds and sinus infections may also be accompanied by nasal discharge, cough, sore throat, sneezing, headaches, fatigue, and fever.

If the infections are caused by viruses, they tend to clear on their own, while those caused by bacteria can be treated using antibiotics.

Sinus infection and allergy can sometimes be confused, but they are different. While sinuses infections are caused by viruses, allergies result from a reaction of the body to non-harmful substances like pollen, grass, dust, or pet dander.

When you are exposed to those allergens, your body responds by triggering the immune system to release histamine. That chemical substance is responsible for a congested and stuffed nose and an inflamed airway.

That makes it hard to breathe through the nose, which causes noisy breathing. Some other symptoms may include sneezing, itchy and watery eyes, thick and green or yellow discharge.

You may suffer from other types of allergies like anaphylaxis, which make your throat and mouth swell, making it hard for you to breathe through the nose.

Asthma is a respiratory condition that causes inflammation in the airways in your lungs. That makes it hard for enough air to get to the lungs when you inhale, hence noisy breathing. Asthma mostly produces a wheezy sound.

Some other symptoms may include shortness of breath and a tight feeling in the chest.

Infections like tuberculosis, bronchitis, and pneumonia are caused by viruses or bacteria. They can cause inflammation of the airway, anywhere between your nose and lungs, making it hard for enough air to get to the lungs.

You may like:  How to Grow Your Network While Traveling Abroad

This is a form of obstructive lung disease often associated with smoking-related lung damage. It may cause nasal congestion and increased mucus production. That causes there to be a wheezing sound when you inhale.

If you have an abnormal swelling, growth, scarring, vascular birthmark (hemangioma), or a cyst, they may obstruct the airway, leading to noisy breathing. These can happen anywhere in the airway.

You may also have something stuck in your airway, like food, which makes it narrower. That limits the amount of air reaching your lungs from your nose when you inhale.

There may be pressure in your airway from external structures like the heart, a crossing blood vessel, or other nearby structures. The pressure could either be applied to the windpipe or bronchioles, which limits the amount of air reaching the lungs.

Floppy Tissues In Your Respiratory Tract

The collapse of the floppy tissues into your airway could obstruct airflow into your lungs, meaning that not enough air gets to the lungs.

Lung cancer, especially during its advanced stages, causes an increase in phlegm production. Phlegm is a form of mucus produced in your lower respiratory tract and lungs. That causes the airway to become congested, which limits oxygen intake, hence noisy breathing.

Having a lot of weight may put a lot of pressure on your lungs. It may also cause there to be a lot of fat deposits on the walls of your airway, causing them to narrow. That reduces the amount of oxygen that reaches your lungs, hence noisy breathing.

Sometimes you may notice that you or your partner have noisy breathing when you are asleep. One of the main causes of that could be obstructive sleep apnea. That condition causes the throat muscles to relax, blocking your airway’s opening.

That blockage continuously reduced the amount of air that reaches the lungs when you breathe in. That is occasionally associated with loud snoring.