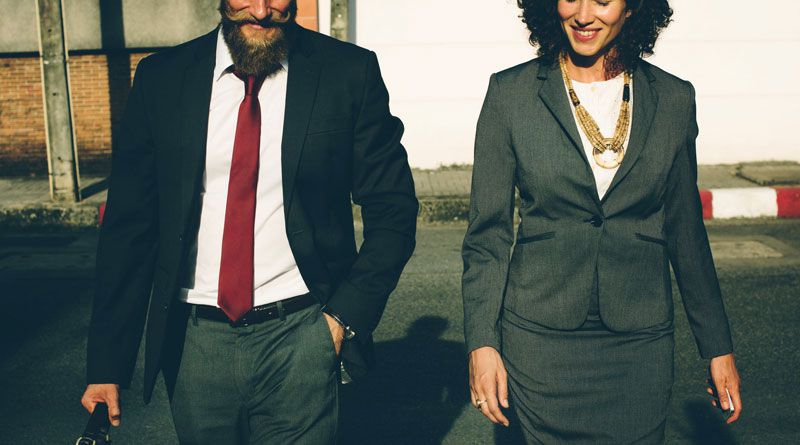 They dominate the headlines within business news. They are on everyone’s radar. But what distinguishes a business leader from one that is worth following than another? The constant changes within business environment through new technologies and innovations all stand as impact to an organisation. However, it is the strategy and decision making that is critical to capitalise such trends and remain as a successful competitor in the market. CEOs hold the key responsibility for guiding the business in its financial state as well as standing as a role model whose actions will reflect the performance and motivations of their employees. The way in which they effectively respond to crisis and accelerate and sustain growth for their business stand as measures of successful CEO. Here are 7 top business leaders to watch in 2019

Quote: “Having awareness of your strengths and weaknesses, and being able to surround yourself with people that can fill in those gaps, is an enormously important and valuable part of building a world class team.”

Jeff Weiner is the chief executive officer of LinkedIn, the businesssocial-networking website, which also serves as job recruiting platforms and a space to share ideas and achievements within the industry. It is professional platform to connect and network in an online arena. As the CEO of one of the most trusted and influential websites, Jeff has contributed to the site’s accelerated boost in number of users whilst being one of America’s most liked CEO’s on GlassDoors.

Quote: ‘Although the start-up journey is long and tough, it’s also fun and exciting. Don’t be afraid to start – just go for it!

As the founder and CEO of Zoom, a remote video conferencing and communications platform using a cloud platform to optimise video conferencing, web conferencing and webinars. Eric is a key influencer for all start-up entrepreneurs and as one of the known players within the tech industry. The platform has opened opportunities for the convenience for educators, within the entertainment industry for rehearsals, making processes with all industries more efficient. With an inspiring background from being a Chinese immigrant, he has now succeeding in being the CEO of the leader communications company in the industry since 2011. He is also the first person of colour to achieve the Number 1 CEO on GlassDoors in 2018.

Representing the small business space, an upcoming leader to keep your eye on is Jane Lu, founder of Showpo, a women’s online fashion retailer. Starting in corporate accounting, she had sought for a way to demonstrate her passions and make a successful empire with the skills that she had quickly developed. Working as a small business owner, her transparency and eagerness to develop new innovations for efficiency had contributed to winning Online Retailer of the Year Award at 2018 ORIAS. Jane had successfully turned over $30 million in revenue in 2017 and also made her debut onto the 2017 Financial Review Young Rich List.

Quote: “The one thing that defines me is that I love to learn’

Satya is currently the CEO at Microsoft as well as a member of the Board of Directors for Fred Hutchinson Cancer Research Center and Starbucks. He has attained more revenue for Microsoft in 2017 than the company has ever achieved in history. He contributed to major improvements within Microsoft since Satya had taken over in 2014. He was involved in the company’s transition cloud computing, and now improved toranking second after Amazon. He values the culture of the organisation and understanding how is made.

By taking over the reigns from friend and founder of Apple, Steve Jobs, Tim Cook has done a great job of maintaining the company’s advancement. He is also on the board of directors of Nike and the National Football Foundation. With a focus on people, strategy and execution as his leadership style, Tim stands as an influential business leader to watch in 2019. He values giving back through charity as well through value creation through its products and experiences.

You may like:  6 must-have tools for any UI/UX designer

Quote: “Don’t step away from your career based on what ‘might’ happen.”

As the co-founder and CEO of Airbnb, Brian has made his way in being named as one of Time’s 100 Most Influential People of 2015. He had recently introduced a new sector in the company labelled ‘Experiences’ which is growing faster than the rental property community platform of ‘Homes’. As one of the youngest tech founders in America and Forbes list of American’s Richest Entrepreneurs Under 40 in 2015, this represents his mindset of constant innovation and diversification with the services that Airbnb has to offer. He has many years ahead of him, making him a young gun to watch for in the following years to come.

Keeping a sturdy sight on these leaders can prove valuable as they can determine the changes within future industries. These current and upcoming business leaders will certainly be responsible for shaking the future business world. Which top 7 do you think will be the most impactful and inspirational in 2019?

Jennifer Kerr is a Content Marketing Specialist working at Non Stop Signs in LA. She is lover of all things digital and has a special interest in creating compelling content for the digital world.