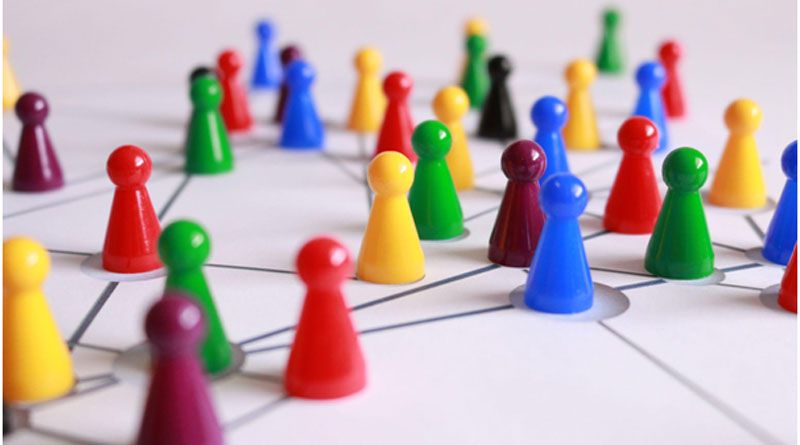 When we discuss human resources, we mostly deal with the human element of the HR domain. It is mostly concerned with employee wellbeing and welfare as well as improving company efficiency. We often overlook the fact that the HR department itself is composed of human beings who require multiple tools to perform their daily duties effectively.

While the HR teams have been using spreadsheets to undertake their responsibilities traditionally, recent advances in technology have resulted in the rising popularity of Human Resource Management Software or HRMS in the last decade.

HRMS has been able to effectively streamline and optimise the daily functioning of the HR department to such an extent that the best HRMS software even employs artificial intelligence to maximise the HR output.

However, there is a new technology on the horizon and it is called ‘IoT’. So, what is this buzz around IoT and what exactly is it all about? How does it help HR improve their productivity? Let us find out…

What is the ‘Internet of Things’ or IoT?

Simply put, the ‘Internet of Things’, abbreviated as ‘IoT’, is a cohesive system of interconnected traditionally non-‘smart’ hardware peripherals, that are intelligent enough to work as a single system by communicating with each other. These devices use physical sensors to communicate their status with one another while also performing the collective duties that they are assigned.

Currently, the ‘IoT’ system is in its nascent stages and the technology is evolving rapidly. Over time, it is expected to penetrate various domains that have traditionally required manual inputs to function effectively. The IoT system automates the processes assigned to it since it is also able to monitor itself for any defects and alert the user before such malfunctions occur.

You may like:  Wearable Technology: Solution for all our personal safety needs

An IoT-enabled HRMS software would be able to further enhance the productivity of HR teams by being able to automate the vital functions as well as enhance the ones wherein some human inputs are required.

Since we have understood the basics of IoT, let us consider the various use cases of such a system in HRMS software:

Since IoT’s main advantage is that it automates the traditionally manual functions, it can be a robust tool in the HR toolset for automating the process of recruitment. Since the candidates are already researching potential companies and openings on their mobile devices, the companies can parse through their social media profiles and their online resumes and build a talent pool automatically with the help of IoT and AI, which helps in faster and cost-effective recruitment.

Since employee payroll is based on their attendance and work-time, IoT will be able to provide accurate data for the same with the use of physical sensors. For example, with the combination of security cameras, smartphone GPS and RFID tags, the IoT system would be able to detect when the employee comes and leaves the office as well as how much of their productive time is spent on casual breaks. This helps in collecting accurate productive hours and evaluating their efficiency which will be decisive for their appraisal and bonuses.

Employee wellbeing is of utmost importance for any company as they would be more productive and efficient if they remain at the peak of their physical health. IoT systems can collect the data from company-provided fitness trackers to monitor employee health as well as take precautionary measures to combat office air pollution with the help of smart air purifiers. Similarly, IoT can also mitigate the risks in hazardous working environments by shutting down operations in case any malfunctions are detected.

You may like:  How Does IoT Help Fleet Management?

Since an IoT-enabled HRMS software is capable of monitoring employee performance constantly, it can provide an overview of the current collective employee productivity and suggest employee motivation techniques to improve it. HRs would also be able to track the employee whereabouts easily with the help of IoT, which would reduce their slacking behaviour.

Another option of including IoT in HRMS is for gathering honest feedback. Studies have proven that non-verbal and anonymous feedback systems tend to be more impactful than face-to-face interactions. IoT systems can monitor employee facial expressions while they are providing feedback and detect whether they are being truthful about their opinions and hence, validate their feedback even before the HR has gone through it to save their valuable time.

…we can safely say that the Internet of Things is going to revolutionise the HR domain. Similar to the implementation of artificial intelligence, IoT would also prove to be a highly impactful weapon in HR’s arsenal in their crusade to find the perfect balance between company efficiency and employee engagement.