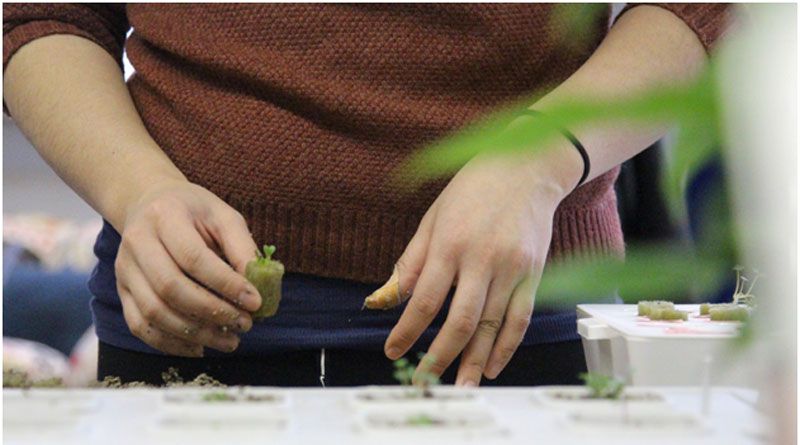 Today, there are environmental concerns that we cannot ignore any longer. As the human population continues to grow in numbers, with the vast majority occupying urban centres, traditional means of agriculture become more and more difficult to sustain. Not only does growing crops the old way exhaust valuable water supplies, but it also occupies more and more land, and obviously, this can only continue so long before resources are all used up.

An alternative solution is necessary thus, and this is where hydroponic farming steps on the scene. Whether you want to try your hand at growing your food or you’re simply interested in the developments in agriculture, read on to learn about hydroponics, its benefits, and how one can get started with this practical method.

What exactly is hydroponic farming?

Hydroponic farming is an up-and-coming area of agriculture that focuses on growing food without soil. Instead of good old soil, this controlled farming method uses water infused with nutrients to grow to produce, doing all of this in a closed system which creates a very economic result.

Hydroponics is also called controlled environment agriculture, which means that if set up right, it allows you to grow crops anywhere you want. Needless to say, this makes it extremely practical for urban gardeners. In addition, a lot can be done with moderate spatial needs thanks to the vertical nature of hydroponic farming.

What are the benefits of hydroponic farming?

Hydroponic farming has great potential to solve several issues that agriculture poses as of today. It offers benefits both on a global and on a personal level to its users. Here are some of the key ones:

You may like:  Luxury Apparels Industry on a Growing Spree

Growing crops takes up space, and when there is no more available space, one needs to create it. That leads to large-scale deforestation to create more useable land for farming. Hydroponics, as said, don’t require much space (or even soil for that matter), so their implementation cuts down on the continued expansion of farming lands. For those at home, hydroponics can allow for a vegetable garden even on a tiny balcony or indoors.

Water conservation for a sustainable future

As we mentioned, the needs of the population will keep growing, and by 2050, agriculture will need to grow its production by 70% as well to keep up with these needs. Considering that agriculture is responsible for the majority of freshwater use globally, often in a less than sustainable manner due to poor irrigation methods, means of water conservation need to be developed immediately. A hydroponic system is a great way to save water. As said, it uses a closed system, where excess water cycles back and is never wasted.

Thanks to the controlled nature of hydroponic farming, outdoor conditions are no longer relevant. That means that products can be grown year-round with the same efficiency and similar costs. In addition, thanks to the fact that hydroponic farms don’t take up a lot of lands, they allow for produce to be grown more locally, resulting in fresher food and a lower carbon footprint stemming from transportation.

While there may be concerns regarding the electricity usage of controlled environments, this is not an issue that is hard to correct. Using renewable energy sources to power the LEDs creating the optimal lighting for the plants cuts back on the eco-footprint of the process considerably, but even normally, the electricity usage cannot compare to the aforementioned negative effects of traditional farming. In addition, hydroponics is still in development and has a lot of potentials to become even better.

You may like:  A Guide To Becoming A Twitch Streamer

How can you get started with home hydroponic farming?

Taking advantage of hydroponic farming on an industrial level might just be the future. However, that does not mean it can only be done on a large scale. Hydroponic farming can open up a world of opportunities to hobbyist gardeners with little space at their disposal, too. Growing your produce is perhaps the best thing one can do in these volatile times where prices only seem to creep upwards, and not having a suitable backyard doesn’t have to stop you any longer. All you need to do is invest in a hydroponic system that already includes everything you will need and leverage its convenience.

The next step will be choosing what you want to grow. Despite the limited size of a hydroponic farm, almost any plant can be grown in this system, though not everything is equally worth growing here (think: root vegetables that thrive outdoors in soil.) You can experience great success with vegetables like leafy greens (lettuce, spinach, etc.), and also leek, pea, green beans, cucumbers, eggplants, tomato, peppers, and so on. Herbs are also very easy to grow hydroponically: try basil, mint, rosemary, or anything you often use in cooking. Even some fruits can be grown: try strawberries and blueberries for something sweet. Modern problems, it is frequently claimed, necessitate modern solutions. While hydroponic farmingis not a recent invention, it has only recently started making leaps and bounds in our agriculture, but with promising results. Try this method yourself, and you’ll experience a fuss-free way of growing your food!

Alison Pearson is an interior design student. She is a writer and designer, and her ultimate passion is art and architecture. She is also a bibliophile and her favourite book is “The Sound and the Fury” by William Faulkner. Follow her on Twitter.