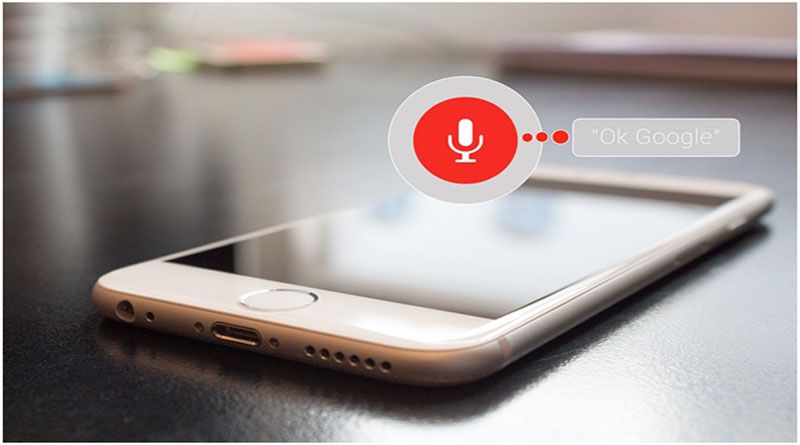 Back in the good old days, I remember coming across a scene so vivid, of a woman looking straight at me and it felt as though she was talking to me. However, much later I realized that she was speaking away to someone else by a hidden earphone connected to her mobile device via the Bluetooth. Fast forward to the times today, and voice recognition and automation seem to be ruling almost all sectors.

Earlier when one came across the statement “it’s time to speak up”, it mostly meant to voice your opinion about certain issues and causes. Today every second person you see is looking for things via the same voice control option. In the era of Siri and Google, speaking up today means finding the nearest Italian restaurant or getting to know about the next show timing for your favourite movie at the theatre.  Such is the advancement we all have seen with the boom of Voice Search.

Largest search engine Google in 2016 stated that almost 20% of the search queries have become voice base and the ratio of the queries received by voice is 30 times higher than those gotten by typing. With the increase in the number of mobile phone users, the acceptability of voice search is only going to increase threefolds. The people who belong to Generation Z are increasingly growing more fond of using voice search. The Cheif Scientist of Baidu also claimed that by 2020 almost 50% of the search on major search engines will be voice-based searches.

You may like:  Benefit of learning Machine Learning Through Online Course

Another information that is soon going to shock most of you is that by the year 2020, most of the devices such as tablets, smartphones and PCs will no longer be connected to the internet. Which brings us to the next question, which devices will be? The answer is devices such as your watches, TV’s, fridge, thermostat, cars and gaming consoles will be connected to the Internet of Things. Now, most of these devices will be devoid of a search bar, which is another reason why voice-based search will be on the rise.

If your product/service is preparing to be in the race during the ultimate voice search boom era these are a few things you need to adhere to.

Become Featured Snippet Friendly: when a search engine automatically redirects you to a certain site based on the input you typed or in this case will voice out. Snippets are the first line you put in as a description to your link, and this is what get’s featured on any search engine. The best part of getting snippet friendly is that it will help increase traffic now and even in the future.

Once you have the answers to these two points you are now a step closer to understanding the voice search matrix. But, hang on a second, why is there a need to switch in the first place and exactly how will this entire voice search impact businesses? In order to understand this major factor let us look at two things:

You may like:  Can a virtual background be switched on during an online interview?

Part of the second question I have already answered above and to answer the first question let us see how voice-based searches actually coincided with businesses.

I’m on my way to work and as I’m driving I suddenly realize that I missed my morning cup of coffee. I immediately ask my voice assistant for the nearest coffee shop en route to work without having to stop and type. This phenomenon that started off as a luxury has now become a need. Sooner than later business discoveries will be made with the help of voice search and this will affect your business in a major way.

E-retail giants and other E-commerce portals are coming up with an end to end interface that will allow consumers to complete their buying cycle entirely based on voice commands. Third-party apps and most eCommerce sites will be dominated completely by voice searchability. This is another major reason why if you are not in that league, it will impact your business heavily.

With statistics such as the ones mentioned above and looking at the ever-changing trends of evolution with high tech voice search enabled gadgets, it is a given fact that voice search based businesses are the next in thing. It’s almost like if businesses don’t gear up for this change, they WILL fade out!

Change is the only thing that is inevitable, and because of all the digitization and the boom in the AI technology front, it is only natural that the era of voice-based recognition and searches is here to stay and dominate over the age-old technique of word-based search entries. As a business owner, if you go along with the flow, people will be voicing out your name literally, and in case you happen to miss the train to this next big thing, the only outcome will be your business suffering a major loss.

As some marketers and digital practitioners at GoAssignmentHelp state; “It’s the time to phase-in or finally fade out!”

Being a passionate blogger and guest contributor for top websites like bookbuzzr, completeconnection etc. Nick is a freelance assignment help expert at GoAssignmentHelp. He also possesses an in-depth understanding of SEO and SMO.

2 thoughts on “How Voice Search Revolution Can Increase Your Profit!”