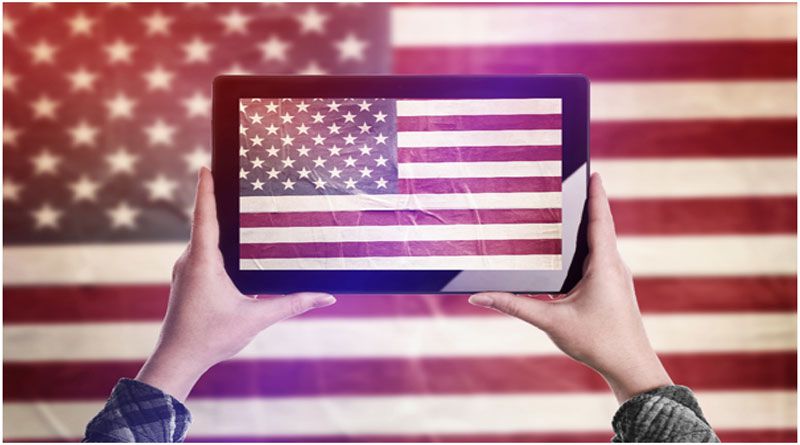 Modern technology has impacted every aspect of our lives. We now have what previous generations would have considered a super-computer sitting in our pockets. We can order products to our home in one click and have them arrive the very next day. We can get instant news updates delivered to us in a flash. We can put on a virtual reality headset and be transported to distant worlds.

Technology has also had a big impact on political elections and campaigning. With the 2020 US presidential election on the horizon, each prospective candidate will be eager to use technology to help give them an edge over their rivals, and to increase their chances in 2020 next US President betting odds. Let’s have a look at a few ways in which technology will be influential in the build-up to the US 2020 election.

Social media now plays a huge part in our lives, and plays a huge role in political campaigns as well. We saw how Donald Trump used Twitter to gain media attention and support in 2016, with his followers total increasing from 5 million to nearly 7 million – a million more than his Democratic opponent Hillary Clinton. His controversial tweets created huge amounts of publicity which helped his campaign to gain media traction. Twitter was the perfect platform for Trump’s direct, populist campaign.

This will be another key aspect of the 2020 election. Trump has remained just as active on Twitter during his presidency as he was in the run-up to the last election, and so expect more of the same from the Republican candidate. The Democrats will have a hard time matching Trump’s social presence and impact.But candidates such as Bernie Sanders and Kamala Harris have already amassed huge numbers of followers as a result of their social media activity and could be well-placed to challenge President Trump in this regard.

While many may disregard the impact of social media, it is undoubtedly a key area in building popularity during a political campaign.

Analytics will be one of the most fascinating aspects of how political parties use online technology in the upcoming election. In 2018, the Cambridge Analytica scandal was exposed. It was revealed that the company had harvested personal information from millions of Facebook users for targeted political advertising.

Analytics will still be an important aspect of the 2020 election in terms of understanding voters and targeting audiences, but how campaigns obtain and use this data will be under immense scrutiny. There have been major changes in the law regarding personal data usage since the 2016 election, and it will be interesting to see how this controversial topic affects the 2020 campaigns.

You may like:  Nettitude: Top-tier Penetration Testing Firm in Singapore

This is a new one. Augmented reality has become more widespread in recent years, and it won’t be surprising to see some US presidential candidates use virtual technology to aid their campaigns. Democratic nominee Andrew Yang has revealed that he intends to use 3D holograms of himself so he can campaign in more than one location at the same time.

Augmented reality has been used in many areas of advertising, notably Pepsi Max’s bus shelter campaign, which caused a stir on the streets of London. It’s unclear how such technology could be used in promoting an election campaign, but campaign staff are always keen to utilise technology in any way possible to get an edge over their rival candidates.

It looks as though the race to become the Democratic presidential nominee is getting ever tighter and unpredictable, and with Donald Trump’s popularity somewhat on the wane, each US presidential candidate will be keen to use every tool available to boost their chances. The advance of technology means there are more ways than ever for politicians to interact with the public and put their ideas across. Whoever can make the best use of these techniques may stand the best chance of winning the presidency of the White House.