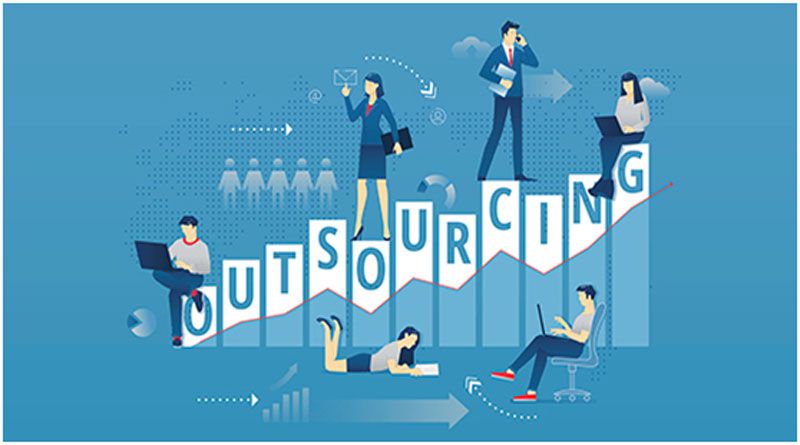 In-house developers and outsourcing can seem like difficult decisions to make when you’re trying to decide how to build or improve your product. Many business owners search for ways to choose the right option between in-house app developing and outsourcing.

There are several things that you need to consider if you want to hire an iOS developer, a WordPress developer, or any other sort of developer. To help you make an educated decision, let’s take a look at three major factors that may help you determine whether hiring in-house developers is the best option for your company. In this article, we’ll go over the pros and cons of both in-house development and outsourcing so that you can figure out which one is best for your business.

What is In-House App Development?

Let’s take a look at the benefits that founders and product managers see associated with an in-house development team.

Better Knowledge of Your Business Needs

The best thing about working with in-house developers is that they know exactly what type of app you want as well as what features you require for your mobile application. They are well aware of your business requirements and can easily make any changes in the application if required without involving you or anyone else. You don’t have to worry about what your app needs or how to make it better with a team of in-house app developers.

Get the App Done Fast

By having app developers in-house, the apps that need to be developed are given high priority. Also, since developers work under one roof, there is no delay in communication or the decision-making process. Moreover, when an issue arises during the development of the app or when any change is required in existing features, it can easily be resolved without involving a third party which ultimately reduces lead time and cost involved in developing the application.

You may like:  Why You Should Demand a Team Of Office Interior Design

Hiring a Team of App Developers Might Be Expensive

The biggest downside to hiring in-house developers is that you have to pay them high salaries as they are talented and experienced, which means increased costs for the project. You will also need a separate team manager who will be responsible for coordinating with other employees and reporting their progress regularly.

IT specialists are in high demand nowadays and retaining talented developers can give you a tough time. Since most employees want to work in a company that offers better career opportunities, they might leave after some time which is not good for the application development process. This means that you might need to hire and train new employees after every few months, which will again lead to increased costs.

If the employees working on your app development project do not have a good knowledge of the tech stack, it will slow down their progress and eventually delay delivery times. Sometimes, this can lead to additional costs if you want to hire new developers for training purposes.

What is Outsourced App Development?

Access To A Larger Pool Of Resources And Expertise

Outsourcing provides you access to a large pool of resources and expertise where you can find the best skills to fit your needs. This allows you to hire developers who are good at specific technologies or languages. Also since they work remotely from different geographical locations there are no chances of high attrition rates like those faced by companies who employ their workforce.

Outsourcing is a cost-effective solution when it comes to hiring iOS app developers especially if you have short-term development projects with specific technical requirements needed by an application that may not be available internally. With outsourcing, there’s no need to incur an additional expense on things like providing office space, hardware infrastructure, etc. It also cuts off other costs related to employment such as liability insurance premiums, unemployment tax contributions, workers compensation coverage, etc., since these are covered under the contract between the service provider and client.

You may like:  4 Ideas for Creating a Modern Office Design

Different app development projects require various skills sets and technologies. When it comes to developing an app with a large codebase or complex features that require integrating multiple APIs, outsourcing makes more sense than hiring local developers because you can find the right talent without having geographical limitations. Hiring app development companies also allow your company to tap into new ideas from different perspectives resulting in innovation not possible otherwise.

Security risks are one of the major issues with outsourcing. Hiring an app developer or app developing team is a big commitment. You are essentially handing over your app development project to another company or even individuals, resulting in you having less control over the final output. If something goes wrong with an outsourced team, it will be hard for your company to hold them accountable because of legal issues related to different jurisdictions and working across borders.

When it comes to outsourcing, even though developers will be knowledgeable about what type of app is needed, they may not have complete information regarding its features which results in additional time being wasted on clarifying every small detail related to your requirement.

It will be difficult for your company to keep tabs on the project and ensure that deadlines are met if there’s a language barrier involved too. It becomes important for you as a client or employer to spend more time than usual managing tasks between various outsourced apps development groups working on the same project.

The answer to this question is not easy because if in-housing works for a company, it doesn’t mean that it will also work perfectly for the other ones. If you want to hire a mobile developer for a long project then an in-house app development will suit you best. Also, make sure you don’t have budget constraints before hiring in-house developers.

If you are short on budget and want an app developer for short projects then better hire an outsourced app developer. Outsourcing is also a good choice if you don’t find the required skills in your locality.