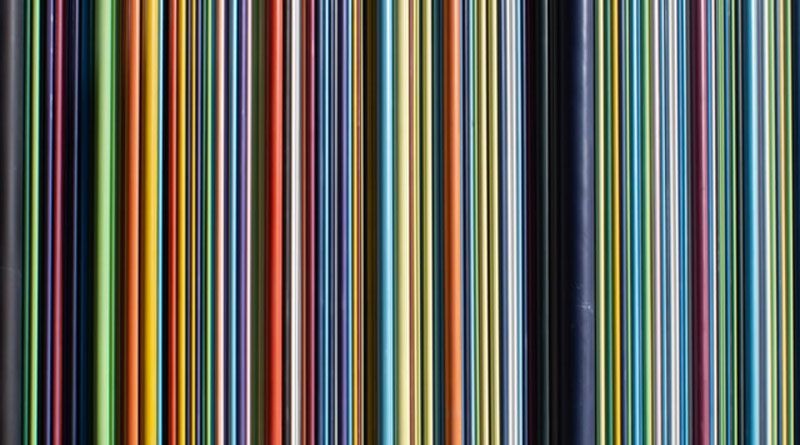 Nowadays, television is considered to be one of the most prime sources of entertainment. Gone are the days when individuals used to rely on print media to get daily news updates. Television has also become an essential educational tool. And, with the advent of technological evolution, different types of televisions have been introduced in the market. These smart TVs come with better colour contrast, picture quality screen size and resolution. Starting from LED, QLED or LCD TVs, these latest TV options have improved the viewing experience.

However, sometimes while watching television, you might notice different coloured vertical lines. There can be different reasons behind such an occurrence. But, there is nothing to fret over. Because, this sort of TV damage can be fixed easily without taking any professional’s help.

Most TV owners tend to think that it requires a lot of time to fix the vertical lines. But, with the right tools and techniques, you can fix this problem within an hour or two. Arrange the tools like a flat head screwdriver and an adjustable wrench to get the repair work done. Before resolving this problem, find out what causes vertical line problems.

Potential Reasons behind the Vertical Lines on a TV Screen

Usually, in the LED or LCD TV, you can mostly experience vertical lines. And, it can occur due to a faulty cable box, and other underlying causes can lead to screen glitches. Due to an electrical breakdown, the cable box can get damaged suddenly. Make sure to repair the cable box by contacting the UAE Technician. Place the cable box in such a place where it won’t cause interference with the electrical outlet.

Further, when the T-Con board becomes defective, you can see vertical lines on the screen. Due to the loose cable connection, this T-Con board can create problems. Want to know if this problem occurs for the loose wire cable or not? Opt for knocking on the back of the TV and check whether the vertical lines disappear or not. If you no longer see the coloured lines on the screen, the wire cables are loose. Moreover, if you have a damaged T-Con board module, make sure to replace it immediately.

What Needs to be Done when the Vertical Lines appear on the TV Screen?

You might see vertical lines on the TV screen after a few years of usage. Consider gently tapping on the different areas of the LED/LCD TV’s back in certain circumstances. You might notice that the intensity of the different coloured vertical lines has slightly declined. But this is not a permanent solution for the TV’s screen problem. The lines might come back again on the TV screen. Thus, make sure to find out the problematic wire to troubleshoot this problem quickly. After identifying the damaged, loose or faulty one, replace it with a new one.

You may like:  These will be the biggest cities by 2100 and they aren't the places you think!

How to Remove the Screen from the TV?

If you suspect the loose cables are causing the vertical lines, then opt for opening the TV’s back panel. Turn the TV off before proceeding to the repair part. Check if the power cord is not dangling. For removing the screws from the TV’s panel, you will need a screwdriver.

How to Replace the T-Con board of the TV?

Do you know what a T-Con board does? Well, the prime function of this unit is to reflect the images in both vertical and horizontal directions. Thus, it becomes essential to fix the timing control board to get rid of the vertical lines. You will find the T-Con board on the right-hand side of the TV against the back cover. Remove the screws that hold the TV speakers in place. Unable to see them? These screws look like small plastic tubes that you will find at the bottom of the TV.

You may like:  Top 5 Materials Used in Making a Bathroom Cabinet

Two different wires are attached to the T-Con board. While connecting the wires, you need to check whether the TV is working. If it works fine, then you need to put everything back together. Now, put the screws back in place and close to the TV cover. If the lines are still there, maybe the wires were problematic. This means after turning on the TV, you won’t be able to see anything on the screen. Make sure that you have installed the T-Con board in the right place to avoid such an issue.

Easy Steps to Install a T-Con board in a TV

The T-Con board is simple to install. You can get it from any electronic store. Once you have the board, put it in the right place first. Make sure the TV is off. Then, take a screwdriver and put the S-Video cable into the correct port of the T-Con board. Mostly, the S-video cable’s port is located at the back of the T-Con board.

Right after that, take the T-Con board and place it on the back of the TV. Connect the red test lead to the LED on board and connect the S-Video cable to the S-Video input on the TV. Then, turn the TV on and adjust the picture until the vertical lines are gone.

It’s important to understand that these vertical lines are not an indication of a TV defect. If the manufacturer installs malfunctioned parts, the users might face this problem. But sometimes, the rust of the TV frame can lead to this screen error. Due to excessive humidity, this rust can spread to the cable connector and damage it. So, it would be better to consult with an expert before replacing the T-con board.