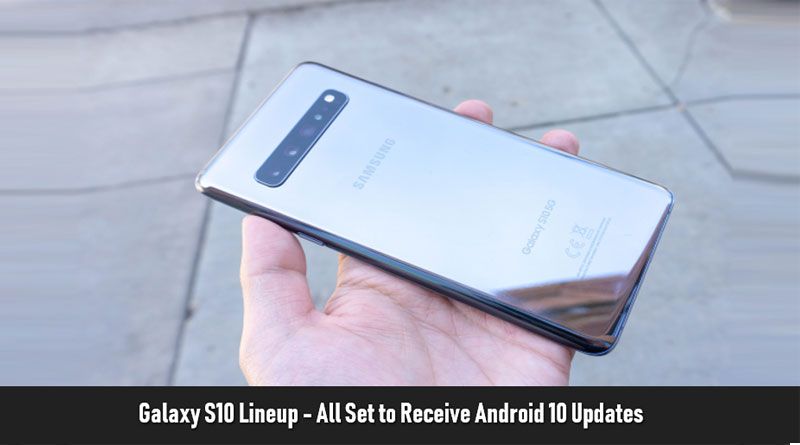 A decade passed since the launch of Samsung Android-powered devices uptill now. And Samsung is continuously racing to the finish line with eminent updates & fixes. This time around, there is good news for Samsung Galaxy S10 series users. After the release of beta Android 10 updates, a couple of weeks back, we were curious to know as to when the Samsung S10 devices are going to get glaring software refreshes. It looked like the beta updates only arrived to a few customers in Germany.

Save the date; Samsung has finally announced the Android 10 update on Galaxy’s S10 series. Unfortunately, the update is initially available for devices in Europe, India & nine other markets. Breaking the news based on Samsung official roadmap, the rest of the users in other regions have to wait till January to avail the recent OS updates.

The company seems to be completely satisfied with the software as it has recently begun revealing the Android 10 bells & whistles with version 2.0 of One UI in tow. So, get yourself ready as the update will be readily available to all Samsung smart switch users as well.

You may like:  Role of Mobile Apps in Marketing

Is Galaxy S10 5G getting stable Android 10 updates too?

The Samsung Galaxy S10 5G is residing in somewhat an interesting position. First off, it isn’t accessible in a lot of markets. It fortunately got an Android beta scheduled at the very last moment. The program initiated sometime at a later date, bringing about it accepting beta updates a lot after its non-5G partners. Beta participants will be glad to know that they are up for grabs stable Android 10 updates.

As of now, it is just accessible at Samsung’s birthplace, South Korea. It is 130 MB in size and bears build number G977NKSU2BSL2. It incorporates the December 2019 security patch.

Finally, Sammobile reports that a few users in Israel have gotten Android 10. The performance of the software, however, was not satisfactory. It caused a heck of bugs in certain devices, inciting Samsung to put it on hold until the issues are resolved. Samsung says that one more update will be released in a couple of days.

You may like:  Android 13 will Unlock Certain Device Controls even when Locked

Taking into account the performance so far, which is indeed the reverse of what we speculated, we can anticipate that Android 10 will pave its way to US devices at the end of January. Check if the update is available to you by heading to Settings -> Software Update. You can download and launch it from there once it’s live.