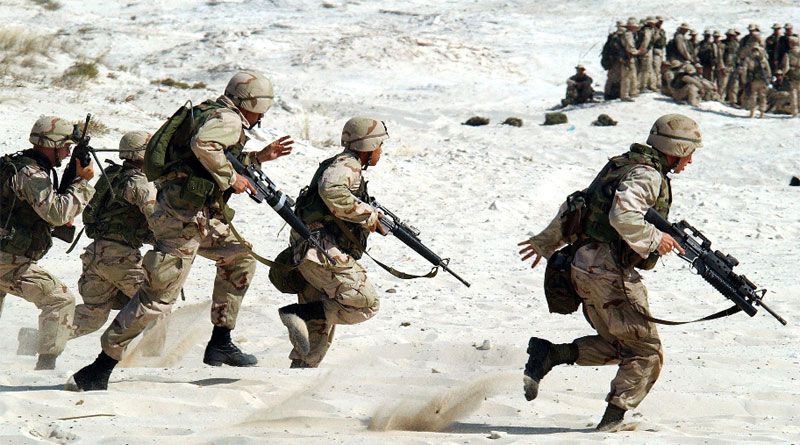 Defence jobs come under the central government sector and the Indian Defence Force is one of the most reputed and powerful defences in the world. So if you get a job in this sector then it will definitely be a great thing. Without wasting much time get details about Defence Jobs that might help you. Aspirants who had completed 8th, 10th, ITI, 12th, Diploma, Graduation Degree and looking for air force jobs, Indian navy jobs, ministry of defence jobs can read the details that might help you to find the right job. I tried hard to gather all the information.

Indian defence offers excellent career opportunities to those who are seeking employment in the Indian security forces. Various fascinating job positions like Clerk, Carpenter, Technician, Tradesman Mate, SSC Officer, Pilot, Constable, Navik, Inspector and many other jobs are offered to the eligible persons who hold the requisite qualifications and a good physique.

You may like:  Why it is beneficial to study Masters in International Marketing in 2020?

Founded in the year 1947, the Indian Navy is the naval division of the armed forces of India. Its prime objective is to secure national maritime borders and enhance international relations, by operating on, above and under the surface of the oceans. There are approximately sixty-seven thousand personnel working in the Indian Navy.

This naval branch offers a number of prestigious career avenues to government job aspirants. Certain entrance exams are conducted for the recruitment of various profiles. For the selection of candidates written test is carried out by UPSC. Those who attain the specific standard in the written test will be called for an interview. The interview round is taken by the Service Selection Board and includes areas of HR and questions based on the qualifying exam.

You may like:  5 ways how technology shapes the education industry

The Indian Air Force is responsible for keeping the skies safe. This significant wing is also responsible for aerial support in warfare during conflicts. This field offers a great career opportunity for government job aspirants as it gives a great reputation and a secure future. Flying, Medical Branches, Accounts, Meteorology, Technical, Education, Administration and Logistics are some of the sectors, where job seekers can find a safe career. To get final placement applicants has to clear written as well as physical test. The selection procedure includes psychological tests, interviews, medical tests and aptitude tests. It is vital to clear physical tests also.

There are many Indian Defence Jobs for 12th, Diploma, and ITI pass candidates. For some recruitment drives, higher education qualifications like a graduation degree are required. Candidates who apply for Latest Defence Jobs on the 10th and 12th basis must note that before actually getting placed into the defence sector, they need to cross all selection rounds which will be conducted as part of the selection procedure. The candidates ought to clear various rounds like Written tests, Physical tests, Medical tests, Personal Interviews, and Merit List. UPSC conducts various examinations and interviews. Applicants will get a job only after clearing recruitment exams.