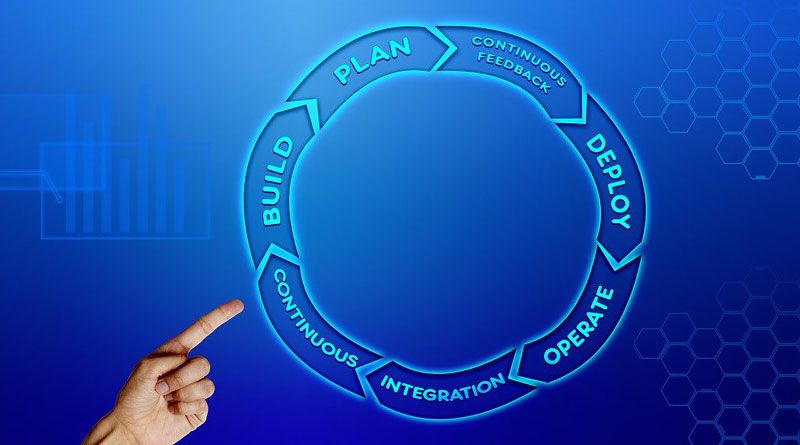 Agile is considered as a mindset and an ability to create and respond to change. It gives a way of dealing with uncertain and turbulent environments while ultimately succeeding in. The word Agile represents a high level of adaptiveness and mutation that is essential in today’s programming approach.

The concept of agile programming and development is about thinking via an understanding of what is going on in the environment that individuals are dealing with. Also, identify uncertainties, challenges, and obstacles and figuring out how one can adapt to face and go along.

What is agile software development?

Agile software development is considered as an umbrella in which a set of practices and frameworks are compiled based upon principles and values. When reached in a specific manner, it’s beneficial to figure out the relevant things in a given context.

The only thing that differentiates agile from other software development approaches is the focus on the user and how they collaboratively work together. Solutions are consistently evolving via self-organizing and cross-functional teams who are using appropriate frameworks and practices as per their contexts.

Research involving 400,000 members of a Scrum Alliance found that around 70% of agile software development groups experience issues brewing among the success of company’s internal departments. As agile groups work at a faster speed, to get the progress utilizing markers, it puts staff in conflicts often with each other.

Hence, this kind of misunderstanding and malfunctioning among agile developers with their colleagues is a typical and most found mistake in agile software development. Moreover, there are several reasons why Agile was not successful in projects. Most of them were from the developer’s end. Let’s find out the top 10 most common mistakes every developer makes in agile software development.

Agile Alliance found that 30% of respondents were not satisfied with the training as they believed they were provided with minimal or insufficient course training concerning methodologies. Also, inferior training materials contribute to several little programming mistakes that may lead to prove an obstacle in the way of success.

You may like:  A journey from DevOps to DevSecOps model - Know why it is essential to make this move

2. Not Utilizing Input from Customers

Customers are your best teachers, and they tell you your best practices and area off improvements as they are your ultimate end user gone through every hassle of getting and using your products and services. An abundance of developer teams doesn’t use information and data that they obtain from customers that are essential for designing a project. Utilizing valuable feedback is necessary to prevent developers deliver customers with something under quality and irrelevant.

Being impatient and quick decision-maker leads to sparse estimation. Hence, developers need to be mindful to provide teams and clients with enough suitable time to practice and implement accurate estimated before making, processing, and completing any compliance commitments.

Focusing individuals excessively then required also brings software development to a poor quality gateway. Many collective intelligence theories believe that a broad mindset is an integral part of a successful team lead as it strengthens group efforts to make agile work better and productive.

5. Inability to Sync with Other Departments

A developer may fail to meet his job objectives if other respective departments are not aligned, and this may lead to hassle in delivering a project on time. Hence, synchronization among all involved departments is essential to focus on a single task at a time and plan a delivery schedule to eliminate unassociated development needs.

Agile Alliance claims that more than 30% of survey respondents still obligated to stick to a traditional waterfall process. Especially those who have work experience with companies where waterfall groups were in place than agile teams.

Mostly, agile software developers work from remote locations, which make it tougher to have conversations about managing collaborative projects. Therefore, insufficient engagement in the agile software development process leads to delay, and remote workers take this as a field of concern. Also, even the developer in the house makes it a significant reason for project failure and delay.

If an individual developer bypasses agile methodology’s retrospective steps, then they are not delivering their team with an opportunity to access better outcomes and enhance productivity. Thus, there is s common mistake of skipping retrospective steps that may lead to the failure of the software.

Developers may not consider as a mistake. However, it can take up a massive pile of failures and delays. Instead of applying a top to down approach, team lead developers need to be motivated to take the team as a solution provider and bringing them on board rather than making them a task-oriented robot job individual, a boss approach is outdated today; mentorship is more successful even in the software development industry to drive better results.

Often, more than 50% of cultures have a methodology conflict with agile software development, which leads to an obstacle in the implementation and application of innovation as a part of their goals.

Lastly, many of the above mistakes are based upon weak agile enforcement, which leads to the inefficient implementation of methodologies and affecting the outcomes of the owners. Preventing and avoiding them will get developers in a better state of success.

Liza Brooke is a qualified IT specialist and an avid writer. She is a single mother and lives with her two kids and three pets. Currently, she is working as a Project Manager at King Essay.