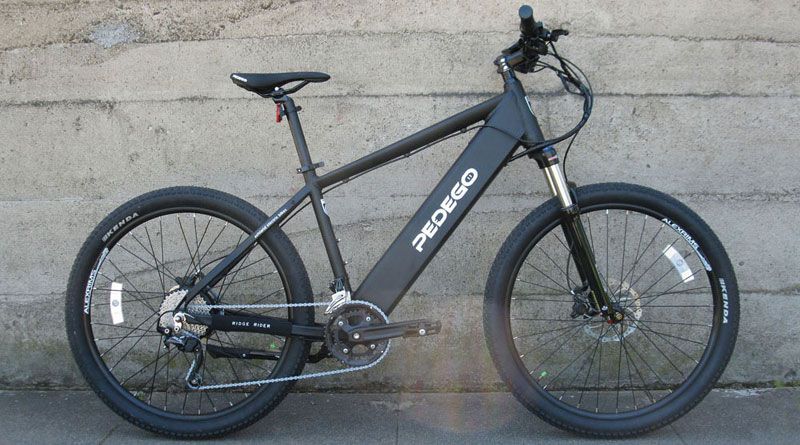 You may think that motor-assisted bikes are a relatively new invention, but the fact is that the first electric bikes date back from the late 19th century.

So, how were e-bikes invented and when did they become so popular? Here is a brief overview of the history of electric bikes.

How it all began

Records show that the first prototypes of electric bikes in the US appeared in the 1890s. There are several patents for motor-assisted bicycles in the US Patent office which were registered in that time period, including a battery-powered bike by Ogden Bolton in 1895, a double electric motor bicycle patented by Hosea W. Libbey in 1897 and a patent for an electric motor and roller wheel by John Schnepf in 1899.

Some interesting inventions from those years also include the Humber electric tandem from 1897 which was shown at the Stanley Show, as well as the French electric tandem invented by Pingault and de Clerc which took part in a race in 1897 and its riders managed to pass 1 kilometer in a matter of just 57 seconds.

The more modern e-bike models featuring power controls and torque sensors first appeared about a century later – in the 1990s.

In 1997, a Japanese inventor patented a bicycle with an electric motor which worked with a feedback loop.

The first electric bike which became commercially successful was named “Select” and was first introduced to the market in 1997. Just a year later, various manufacturers designed and produced more than 49 other battery and motor assisted bikes to the market as well.

In the last decade of the 20th century, manufacturers began using lighter NiCd, Li-ion and NiMH batteries rather than the much bulkier lead-acid batteries which helped reduce the overall weight of the electric bikes and made them much easier to ride.

The mass production of these convenient vehicles began in the early 2000s when the two Japanese giants Panasonic and Yamaha began making electric bikes and started selling them around the world.

What exactly is an e-bike?

An electric bike features a traditionally shaped bicycle frame which is heavier than non-motorized bikes and features a small-sized electric motor up to 750 Watts and a rechargeable NiMH, NiCd or Li-ion battery pack. The power of these motorized bicycles is limited to a speed of up to 15 to 20mph.

You may like:  Xiaomi May introduce Foldable Phone with a Pop-Up Selfie Camera Soon

The motors used for e-bikes are either direct-drive or geared. Their transmission can be either via a chain drive, a hub motor, a belt drive or a friction drive.

There are models from the 1980s which have solar stations for recharging the batteries on the go.

The recent developments in the e-bike industry

Today, there are many different types of electric bikes available on the market. In some countries, these vehicles are classified as bicycles, while in others they are considered in the same class as motorized bicycle and motorcycles.

In the last two decades, electric bikes have become the sole transportation device which has been able to take over a significant share in the bicycle market.

Statistics show that in China alone about 14.35 million electric bikes were sold since 2010. The popularity of these two-wheeled vehicles has been growing rapidly in Europe and in North America where the annual sales amount to 1.5 million units.

According to Statista.com, the global sales of electric bikes are expected to reach a stunning 40 million units by 2023, out of which over 33 million are expected to be sold in China.

Why are electric bikes so popular?

The increasing popularity of e-bikes is due to their convenience, ease of use and sustainability. An electric bike is much more eco-friendly than any other motorized road transportation vehicle. It is about 18 times more sustainable and environmentally friendly than cars, 6 times more than railroad transport and is, in fact, equal to traditional bicycles when it comes to its carbon footprint and environmental impact.

Another huge advantage of electric bikes is the fact that they are one of the best ways to help people with health problems and those recovering from illnesses, injuries, and surgeries to get back on the road and be more mobile and get physically active once again.

Electric bikes are suitable for people who are used to living a sedentary life for one reason or another. They so provide the recommended amount of physical activity, and yet thanks to the motor assistance are easier to ride, and allow for people to ride further, longer and on more difficult terrains without the heavy physical effort and strain which regular bicycles require.

E-bikes can be excellent tools for getting into shape while at the same time enjoying a fun ride. They do require some pedaling so riders do get the aerobic and cardio exercise necessary to burn calories, burn fat, get into shape, become fitter, stronger and healthier.

You may like:  Top 5 reasons why a DevOps certification will skyrocket your career to new heights

Electric bikes are the perfect tools for people who lack confidence or are not physically fit to ride regular bicycles.

Switching to an electric bike for commuting is a popular choice for a growing amount of people as well. Not only is an e-bike faster than driving or riding a bus in heavy traffic, but it also saves money for fuel or for public transportation fares, for parking, car maintenance and other costs related to driving or riding the bus or train.

The fact is that riding an electric bike is fun, and can even become addictive. Studies show that people who switched to riding e-bikes from regular ones began riding much more often and covering much longer distances. This is because of the fun factor, the fact that you can use the motor to help you get uphill without too much effort, as well as the speed which one can achieve when riding an electric bike.

Plus, electric bikes allow the riders to sit upright and enjoy the view. They are quiet, so they don’t bother the person riding them and do not contribute to the noise pollution which has become a serious issue in many urban areas.

Nowadays people can pick the most suitable type of e-bike for their needs. There are electric hybrid bikes which are perfect for commuting and electric city bikes which have fatter tires and are superb for riding in the city. For the more adventurous riders, there are various electric mountain bikes which are heavier and tougher than the other types but are perfect for off-road riding and for covering rough trails and terrains. Check out the best mountain bikes under $1000.

Furthermore, for those people looking for an electric bike to go grocery shopping, run errands and move heavy cargo, there are electric cargo bikes which will allow you to easily and cheaply move heavy loads from one point to another.

Another popular type of e-bike is the folding type. These bikes are perfect if you need to combine riding and taking the train or bus. They are also very useful for people who don’t have a garage or another suitable and safe place to keep their e-bike. You can actually fold your e-bike and take it to the office or to your apartment with you!