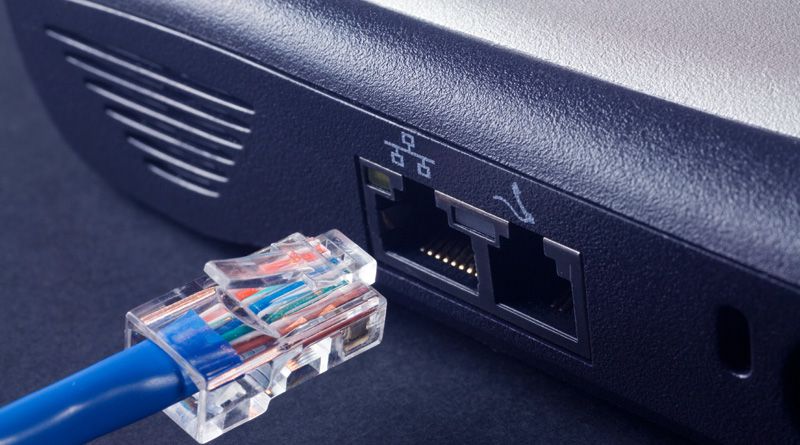 If you dive deep into Ethernet technology, you will find very few things more fascinating than how data travels down those cables. Cat5 and Cat6 cables have been around for a long time, and with internet technology progressing at breakneck speed, it’s hard to think we’re still using the same cables, ports, and even some of the same routers we’ve had for.

Part of this is because the original cables were well-designed enough that they haven’t needed to be replaced yet, except upgrading the various Ethernet cable kinds along the road.

There’s also the reality that those connections are pretty much everywhere already, so improving current technology is a lot less expensive than starting over. Most of the time, modern internet technology just finds new and better ways to leverage what already exists. Gigabit Ethernet is the next generation of the same old Ethernet that has been around since 1973. If you’ve made it this far, I’m sure you’re eager to find out the answer. Do you have any idea what gigabit Ethernet is? Will it operate with Power over Ethernet (PoE)?

Stick with us to find all your answers!

What is Gigabit Ethernet?

Gigabit Ethernet is the next step in the evolution of Fast Ethernet. It’s… a lot quicker. The term “Gigabit” refers to a data rate of one gigabit per second or Gbps. This amounts to 1000 megabits per second, which you may recognize as really fast.

If you’re in a search of high-speed internet plans at reasonable prices, do check out Cox internet plans to fulfill your family’s entertainment needs to the fullest.

To be honest, only a few devices and connections can fully utilize a Gigabit network, however, many can successfully split it into several Fast Ethernet connections from a central network point.

Gigabit Ethernet is an incredibly powerful means to move data at breakneck speeds and/or distribute high-speed access to various endpoints inside the network over short distances (within a building).

For certain professionals and enthusiasts who require the fastest data streaming speed available, gigabit Ethernet is a necessity. Videomakers, 4K video streamers, and video game broadcasters are the most common. As you may be aware, visual data is tremendously data-intensive. Using Gigabit Ethernet to ensure that transmitting or streaming video data is as smooth and frame-rate-perfect as possible is one of the best uses for gigabit Ethernet.

Gigabit offers major speed potential for enterprises and private tech owners alike, both as a unified transfer channel and split into numerous Ethernet sources within the network.

How does Gigabit Ethernet transmit Data?

Now let’s look at how gigabit Ethernet truly works inside a Cat5e or Cat6a cable. Furthermore, you are aware that Cat5e and Cat6a cables each feature eight wires in four pairs. As a result, the 10/100 Mbps speeds require only 2 couple of wires to complete data transmission. When sending the full 1000 Mbps of data from one computer to another, gigabit Ethernet uses all 4 pairs or all 8 cables. Remember that as we move ahead.

You may like:  5 Effective Digital Marketing Ways to Improve the Conversion Rate

What is Power over Ethernet (PoE)?

To refresh your memory, PoE is short for Power over Ethernet. It transfers modest quantities of data to low-key devices like cams, LED lights, wireless access points, and VOIP phones using the same pairs of wires found in Cat5e and Cat6a cable. To put it another way, when the tiny quantity of electrical transfer through a Cat6a will suffice, it saves you the effort and money of wiring up a second powered line for a device.

Installing a PoE injector in the data line simply sends electricity down the wires in addition to the data that is already running PoE. Isn’t it cool?

Traditional 10/100 Mbps Ethernet only utilizes two of the four pairs of wires. The remaining two spare pairs of cables will be used for PoE. One path carries data, while the other carries power. This was the safest way to conduct things when PoE was initially introduced.

However, internet technology has progressed significantly since then. And, that’s a good thing. Anyone who has used a 56k modem knows that they would rather face a zombie apocalypse than return to dial-up internet speeds.

This raises the question of how Gigabit Ethernet, which utilizes all four pairs of wires, can also power PoE devices. Keep in mind that we’ve had the same cable design for a long time.

Adding Gigabit Ethernet to a home or small office network won’t always provide dramatically greater performance, but the costs are low enough, and the potential benefits are real enough, that’s why it’s worth investing, especially if you’re in the market for network hardware.