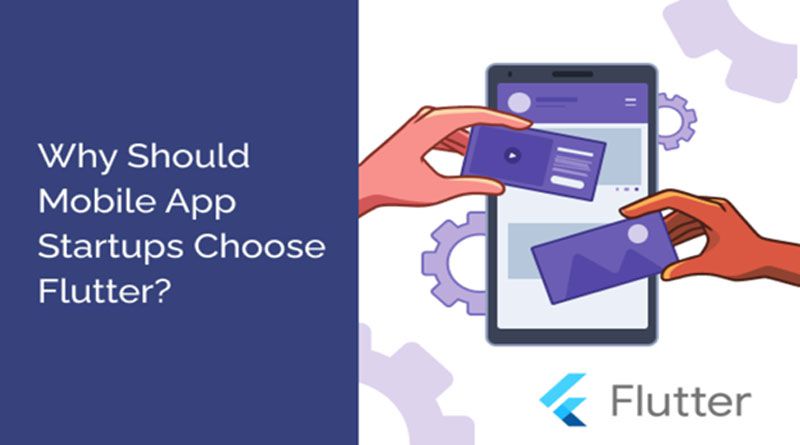 We live in a world where there are more than 2.7 million apps available in the Google Play Store and close to 1.84 million apps in the Apple App Store. Gone are the days where only huge businesses with hefty budgets would develop both a website and an app for their users.

The market is observing a rapid growth, and amid consistently increasing competition, it has almost become a mandate for businesses of all sizes to offer mobility communication platforms.

If you are bootstrapped figuring your way into mobile app development for your startup, chances are that you are already crowded with tons of industry jargon and multiple ideas as to how to make an app that your customers could never abandon.

There are a lot of dilemmas during the initial stages of startup mobile app development, but one of the most common ones we have seen is this – whether to go for a native iOS app or a native Android app.

This is because most of the time, startups are short on budget and are unable to create apps for both platforms at once. This problem is solved by cross-platform applications, which essentially are apps that can be launched on both the App Store and Play Store with a single code base.

3.1 billion Smartphones and tablets are being operated in the world currently, belonging to different families like iOS, Windows, and Android. In such a scenario, it is needless to say how important it is to offer a mobile app to your end-users for their convenience and communication with your business.

Cross-platform app development can come to the rescue of small and medium enterprises looking to tap the digital world since its foundational ideology is reusability of code. Owing to the same attribute, there are some key benefits that a cross-platform app can deliver, let’s discuss them one by one.

It’s very costly to hire developers for making apps for various platforms, whereas in cross-platform development, the effort is condensed and narrowed down to a single code base, which means that the developmental and maintenance costs are cut down to almost half.

Single codebase means now you don’t have to run quality tests and pre-launch maintenance tests on two different platforms entailing dozens of devices and OS, and that saves the time and effort on the development end. This way engineers also have more time and headspace to focus on what’s ultimately important – a unique and flawless user experience.

Cross-platform mobile app development for startups is a great choice because it has such a huge variety of available plugins which makes the process extremely smooth, comfortable, and effortless.

You may like:  4 Skillsets to Check When Hiring Android App Developer

Since the developmental efforts are fairly limited and even the testing time is a lot lesser than the native app alternative, the entrepreneur can enjoy the advantage of being an early bird in the market and use it as a competitive advantage.

5. Larger User base and more feedback

Since the same app is used on multiple platforms, the user base is extensively large and varied. Hence, one can also be assured about feedback from all users of all preferences.

Now, let’s just note that there’s close to 305 million startups that have already been rolled out in the global market, how does one set a strong foothold amid such a cut throat competition? You choose the better of the best development options – from your platform choice to your engineer choice!

Amongst all the other cross-platform mobile app development frameworks like React Native, Ionic, Xamarin, Native Script, PhoneGap, etc. if there’s one framework that stands out in the line, then it’s Flutter. Why? The reason’s simple, it’s new, it’s advanced, and it comes power-packed with features that have never been seen before in the global cross-platform app development ecosystem!

We’ll figure out point by point what makes Flutter so amazing, but first, let’s discuss whatFlutter is –

Google launched its one of the most ambitious cross-platform development solution, Flutter, back in 2015. Flutter is not just a framework, but it is a Software Development Kit (SDK) since its components aren’t consisting of any third party.

The four pillars or the four components of Flutter are:

It comes with a complete UI kit that enables a developer to create high quality apps with the most unique and aesthetic typography, icons, and scrolling patterns.

Flutter mobile app development runs on Google’s in-house programming language Dart, which is still slightly unpopular in the developer community, but easy to learn since its style is very close to another basic language C. It’s an object oriented language whose syntax is similar to modern front end UI specific web development languages like Java, JavaScript, and HTML.

Since Flutter is a free and open source, there is already a huge community of excellent app developers that help one another and newbies on forums and through tutorials.

Thousands of robust, scalable, and highly efficient mobile solutions are being created across the globe with the help of flutter mobile app development. Some of the most technically advanced industry leaders have also early-adopted Flutter. To name a few – Groupon, Alibaba, CapitalOne, Tencent, Square, eBay, BMW, Dream 11, Hamilton Musical, etc. have all built their apps on the Flutter framework.

You may like:  AngularJS vs ReactJS - Which one to Rely for your business growth?

So, what makes Flutter so special?

Even after all the previously discussed benefits of cross-platform app development, native mobile app development for startupsis still very prevalent, and one of main reasons is that the cross-platform apps are slower and don’t look and work like a native app since they carry a completely unique set of widgets. Even apps with well ranked frameworks like Ionic and React Native, are not as good as native.

Flutter brings a successful change to this landscape. It uses the native UI elements of both iOS and Android, making itself the first cross-platform framework to offer a truly native-like experience.

Hot reload is the feature that instantly shows the effect on UI that occurs due to any changes made in the code. Unlike other frameworks where you have to save the file and then see the effects later or recompile, Flutter allows you to see the very latest updates in the code and their repercussions in the frontend.

Enabling developers to add and delete features as well as debug apps in real time, Flutter gives a lot of space to experiment. This along with other factors like the ease of Dart makes flutter mobile app development a very enjoyable and productive process for the developer.

With the backing of a huge open-source developer community, developers can easily figure out how to leverage the vast choice of built-in Material Design like unique icons and fonts, rich motion APIs, Cupertino widgets, smooth natural scrolling, etc. Flutter has the biggest cross-platform widget catalog with an amazing choice of widgets for scrolling and navigation which actually are a huge factor in making the experience native-like.

Some other noteworthy features of Flutter

Flutter is a long term and futuristic solution in the cross-platform mobile app development industry, the two keywords that all the startups hanker to associate themselves with.

With its unique benefits in the areas of development time, cost and design, it proves to be the rightful mobility partner of far-reaching, technologically smart and user-oriented startups.

It’s something that can easily be referred to as the one-stop collection of the best of Google’s own ideas, tools, and technologies, and the success stories of tech giants with Flutter have already set the stage for smaller businesses to enter and experiment.