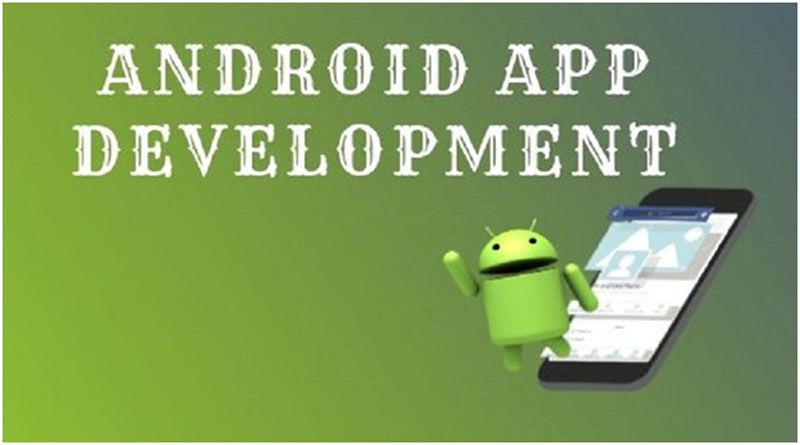 In the past two years, the number of mobile users has increased rapidly and the calculations are still active. India ranks second in the number of active mobile users in the world. Of the six billion cellphones in the world, around one billion are used in India, according to 70% of India’s current population. About 6 million customers join the group every month. The top mobile app development companies are currently working on the latest cellular development platform.

Now everyone is using smartphones and demand better applications and want to update existing ones, which creates a huge scope for Android application development.

Currently Android has become very popular because it is an open-source operating system based on Linux, mainly designed by Google for smartphones and tablets. These are designed in such a way that allows developers and device manufacturers to change the design of the software according to their needs. Let’s jump into the fact why Android development is very popular these days.

No doubt, Android takes over world technology. The Android operating system holds 85% of the total market share for the cellular operating system. Businesses that want to invest in a mobile application must think twice.

The Android Programming Language is very easy to learn and also the development of cost-effective applications, which makes Android extraordinarily used. Developers can develop applications in different ways according to their needs and desires.

India is a large IT center for several companies recognized throughout the world. The reason is that software development and services in India are very cost-effective. Besides that, it increases the work of outsourcing to India too. Before Android, the market for mobile application development was dominated by Symbian and iOS. Then Android comes with an option for developing lower-cost dynamic applications that are rapidly increasing the popularity of Android in India. People who want to use smartphones have a new option as Android which is cheaper than other smartphones. Cellular companies such as Samsung and HTC cellphones use the Android OS in their products that have taken over the mobile government.  This has created competition to develop the best applications, which ultimately benefit smartphone users. Because of the huge market of smartphone users, not only Samsung and HTC, many other mobile manufacturing companies have entered the market for making smartphones.

Android platform is open-source where the Android Software Development Kit (SDK) can be utilized easily without having any licensing fees or royalties. Developers can interact with the Android developer community for future versions that they can include in their application development projects. This benefit makes Android a profitable prospect for companies, device manufacturers and wireless operators, resulting in rapid application development.

You may like:  Top Flutter Libraries, Tools, Packages, And Plugins For Development

Android-based applications are highly customizable and more manageable. Google is very focused on making the user interface customizable to help developers create Android applications specifically for businesses. It helps developers to turn their creative ideas into reality and build innovative and interactive applications easily because it is open source and it offers various customization options. Even data management functions and multimedia tools can be easily updated to the application.

Unlike other cellular platforms, Android applications can be used in various ways. You don’t have to rely on one market to distribute your application. In addition to using the Google Play Store and other third-party application markets, you can easily create your own distribution and sales channels. You can build it and you publish it. With the choice of your promotional strategy, you can reach your end users through various channels.

The Android market is booming and many companies are coming up with the latest versions of Android gadgets and smartphones, which also make the development of Android applications so popular. Therefore, there are various factors that led to the popularity of the Android Application development that we analyzed above.

Android is right now the most popular mobile platform available in the market. Everyday Android grows faster and today Android is one of the leading mobile platforms in the world, therefore, seize the opportunity to reach targeted audiences through leading cellular platforms.

NaazAniqua is an influential digital marketer works at apps development company in Indianapolis and helps to rank a website on search engine and build cultivating potential customers and make an audience base. She is very good content and article writer and contributing her article and blogs regularly which includes balanced informative with IT needs.