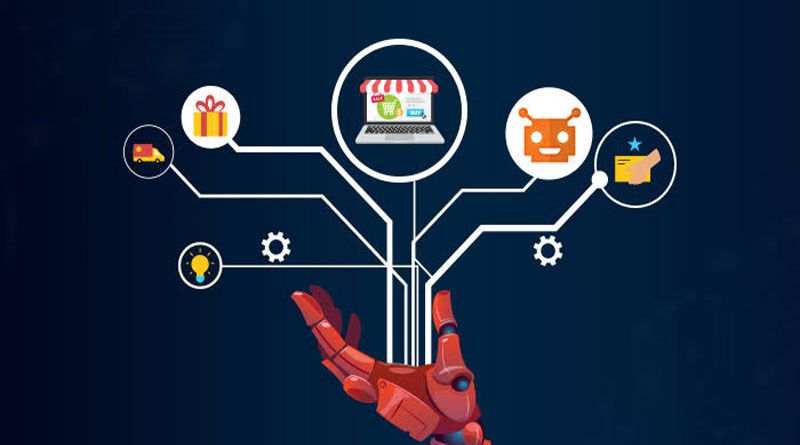 Artificial intelligence has become one of the central pillars of eCommerce businesses. Starting from predicting the right products to outsourcing customer support by having a free-flowing chat with an AI-driven chatbot – AI’s omnipresent existence is not to be ignored.

But rather than stopping at that, AI has also crept into the operational half of the businesses where it deals with the challenges related to the logistics. Here are 5 ways that an AI-powered tool can improve the deliverability of your eComm business.

Warehouse automation – Warehousing is often an underrated yet one of the most crucial components of a successful e-retail business.

Being one of the two biggest e-retail businesses in China (the other one being Alibaba), JD.com has taken the idea of warehousing optimisation to another level. This Beijing based conglomerate allied with Siasun Robot & Automation Co Ltd., fully automating the warehousing processes by employing robotic assistants. The speed and accuracy of the whole packaging and parcelling process skyrocketed thanks to the robotic help.

Their recently unveiled fulfilment centre in Shanghai is so powerful that, according to JD, it can serve up to 200,000 orders a day. This super powerful warehouse is their first prominent step towards achieving their dream of delivering goods on the same day to even some of the most remote areas in China.

Situated at Kunshan, near the outskirts of Shanghai, the fulfilment centre is managed only by four human employees who are entitled with the duty of servicing and looking after the robots, despite its humongous spread.

Once packages and parcels are unloaded at the Kunshan facility, they enter a complex and fully automated network for sorting, searching and packing. Packages are scanned, conveyed and then grouped by JD’s smart logistics system to be despatched promptly.

Self-driving vehicles – Self-driving cars are one of the key research areas these days. Given its significance in transportation and logistics, it will not be exaggerated to say that AI-driven cars are going to be the future of eCommerce businesses.

The logistics business is going to benefit a great deal by the ongoing research on autonomous vehicles. Being the spearhead of this movement, NVIDIA is working on coming up with the microchips that would be able to respond to the varying road conditions effectively and efficiently.

You may like:  Migration from Dynamics AX to Dynamics 365 Finance and Operations

NVIDIA DRIVE, their AI platform for autonomous driving, incorporates their very own Xavier processor that is made specifically for this purpose, and the DRIVE AV and DRIVE IX software suites making it highly suitable for scaling out.

Today might still not be the day when we see AI run trucks deliver goods at the customers’ doorsteps. At least not until they have perfected it. AI controlled vehicles have the potential to reduce the mistakes usually made by the human drivers (or eliminate them altogether), and thus reduce wastage of both time and money. 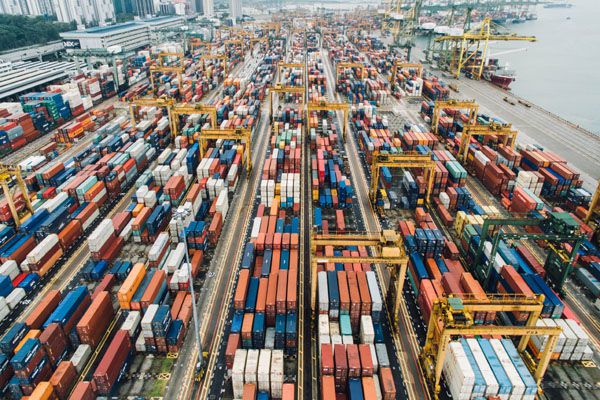 Predictive network management – AI can also very well be used to predict network performance. Air freights, for example, are a pretty crucial part of the whole shipment procedure. While they are used scarcely and only for urgent or ultra-sensitive parcels (only as much as 1% of the total freight weight), due to its cost, they account for even more than one-third of the total freight value (World Air Cargo Forecast 2016-2017).

Up until now, most of the air freight lanes and networks used to be planned using historical performance and data, and based on the expertise from the veterans in this industry. DHL came up with a machine learning algorithm that can effectively predict possible delay in transit time.

According to DHL, the algorithm takes into account 58 different parameters and can predict the average transit delay of a lane even up to a week in advance.

Not only the delay, but it is also able to detect the plausible factors for the rise in the delay including factors like departure day or metrics like on-time performance. With the help of tools like these, the eCommerce businesses can subtract the guesswork from their operations planning improving the overall deliverability.

Route planning and load cost – The cost associated with a fixed amount of load is not constant. It’s a moving entity, in fact, and depends heavily upon many factors like the time of the season, political and economic condition of a nation and many others. Hence, transporting the goods at minimal cost is a daunting task.

This kind of optimisation problem, on the other hand, is pretty suitable for artificial intelligence. A good model would be able to take into account the various factors defining the rate of the shipping such as the traffic, weather, socio-economic conditions for choosing the optimal pricing for the cargo. The algorithm would accurately choose both the optimal time and lane for transporting the goods saving the business time and thousands of dollars.

You may like:  How New Technologies Help Mining Protect the Environment?

Risk management – The timely delivery of packages depend on many, many factors. And even the slightest of the disruptions can completely upset the natural course of the logistical workflow of an eCom business.

Unexpected events can ruin the transportation procedure completely. Such risks can be of many forms including natural disasters such as a hurricane, flood or wildfire, economic unrest such as a strike or bankruptcy or even national emergency such as an unfortunate event of terrorism.

An AI can be trained on the possible ways out of such unforeseen circumstances. By learning from the historical actions that have been taken to minimise the effect of such events, the AI would be able to reroute the fleets in case of such an event is detected.

For example, in case one of the warehouses is affected by any of the aforementioned events, the AI would direct the trucks towards the nearest fulfilment centre that is out of the reach of the event.

(BONUS) Intelligent roads – While this is not something that the eCommerce businesses can do much about, it has the potential to indirectly boost the logistical operations of your business. They can help reduce the latency and avoid hazardous situations in transportation.

Two start-ups from the US are working on connecting the power of solar energy, IoT and AI in order to prepare a network of smart roads. The Sandpoint, Idaho based start-up Solar Roadways is on their way to cover the roads with solar panels wrapped in tempered glass. This way, the panels would not only produce electric that would power the street lights and houses but also generate money.

Integrated Roadways, the start-up from Kansas City, Missouri has come up with smart pavement slabs that would not only be able to sense when and where you have driven off, it can also connect to the driver’s phone to provide info about the traffic and potential hazards.

John Marquez is a Huge Tech Geek and the Community Manager of BUNCH. He firmly believes that someday, robots will take over the world. And on his spare time,keeps an open eye on the latest innovations the world has to offer and blogs about them with a few cans of energy drinks. You can follow him at @J_PMarquez.