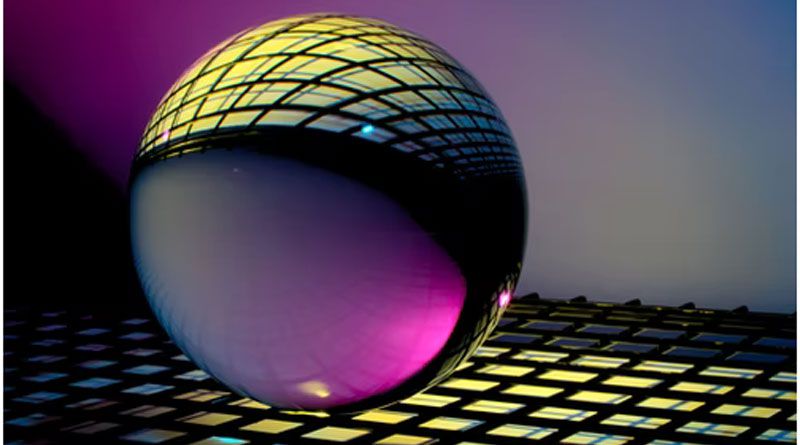 In bitcoin circles, there is a lingering fear of quantum computing. Could it compromise cryptocurrencies and the cryptography that safeguards them? How near might that be? Are the headlines about “quantum supremacy” implying that my private keys are in jeopardy?

The simplest answer is no. However, let’s delve deeper into this phenomenon and try to figure out why this is the situation and also how quantum computing will intersect with digital currencies.

Much digital ink has been written on how quantum computers represent an imminent danger to currently utilized asymmetric cryptography. As a result, we will not go into depth, but will just explain the factors that are essential to the study in this article.

Asymmetric cryptography generates a private-public key pair in such a way that the two keys have a precise relation. The private key, as the name implies, is kept private, whereas the public key is revealed to the public. Individuals can use this to generate a digital signature that can be confirmed by anyone with the associated public key. This method is widely used in the financial industry to verify the validity and integrity of transactions.

However, mathematician Peter Shor devised a quantum algorithm in 1994 that can breach the security guarantee of the most used asymmetric cryptography techniques, which means that anybody with a powerful enough quantum computer might use this technique to generate a private key from a public key, therefore falsifying any digital signature.

You may like:  How IoT, AR, and AI are Revolutionizing the World of Mobile Apps in 2019?

Dangers of Quantum to the Blockchain

The intensive use of cryptography in blockchain makes it vulnerable to quantum computers. The technology, also known as a distributed ledger, is simply a computing system that securely logs, shares, and synchronizes information across a network of users. Each stakeholder can have a valid copy of the system’s current state as well as its whole transaction history because the system is continuously updated via instructions called transactions.

Encryption strength is thus determined by how difficult it is for a bad actor to decrypt the key. In theory, such keys can only be cracked by analyzing massive volumes of data. This is why, at least with a traditional computer, most modern cryptography methods are too difficult to decode.

However, quantum computers, which are projected to have exponential computational power one day, will be able to crack all of the security features generated by the most well-known classical techniques. A quantum attacker can determine a user’s private key based on their signed message, which is difficult to perform with conventional computers, and so mimic any party they wish.

Through the hands of a hacker, quantum computers might have disastrous effects on the essential information that is now stored. Blockchain ledgers, for example, are used to track hundreds of billions of dollars in cryptocurrency.

Mitigating the Risk: Quantum vs. Bitcoin

There are several approaches to dealing with post-quantum cryptography, but they all boil down to the creation of cryptography keys more difficult to crack, even among quantum computers. To do so, an additional dose of unpredictability, or entropy, is required.

Coming to an agreement within the Bitcoin community and issuing an ultimatum for users to shift their funds to a safe address is one strategy to handle this issue. Coins in insecure addresses will become unusable after a set length of time. Such a severe step must be thoroughly studied before being adopted.

You may like:  8 Things to Consider When Electing a Mobile App Development Platform

Is Cryptocurrency Resilient to Quantum Computers now and in the Future?

Let’s pretend for a moment that all owners of susceptible Bitcoins shift their assets to secure addresses and that everyone who lost their private key unexpectedly recovers it. Does this indicate that quantum assaults are no longer possible on the Bitcoin blockchain?

The solution to this question isn’t so straightforward. The public key linked with this address must not be available to be quantum-safe. However, as we previously stated, when you want to send coins from a secure address, you must also provide the public key, making the address susceptible.

An attacker using a quantum computer has a golden opportunity from that point till your transactions are “mined” to take your money. The attacker will deduce your private key out from the public key and then start a contending transaction towards their address even in an attack. By offering a greater mining charge, they will attempt to gain priority over the initial transaction.

Transfers on the Bitcoin network are presently mined in roughly 10 minutes. The system should be protected against a quantum threat as long as it needs a quantum computer lengthier to deduce the private key of a particular public key.

For tech companies looking to create the best working conditions for their employees, branding food containers might help keep your efforts noticeable. For spices and other powder-based culinary products, look into powder can filling equipment for filling needs.

For all stakeholders, you should stay safe from covid-19 and other pathogens that may affect your lives. Follow the guidelines from the authorities, and do remember to purchase face masks and hand sanitizers in this relentless effort to fight off the virus.

With that said, the discussion on the effects of quantum computing will evolve, and eventually, an implementable solution may come up regarding these concerns.