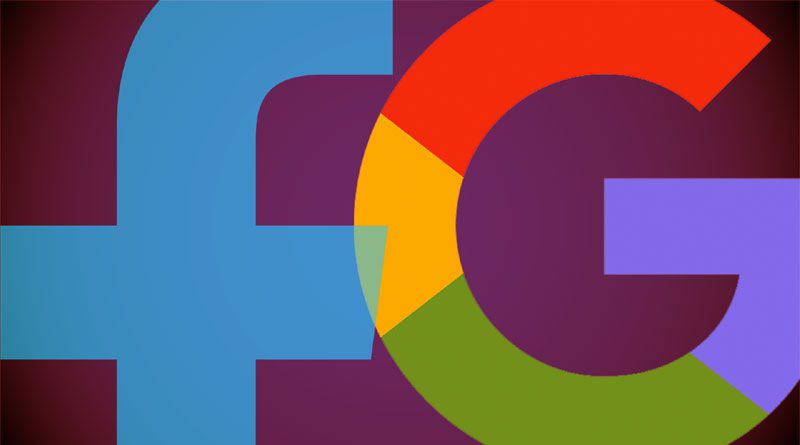 For the past several years, advertising on the internet has mostly involved pursuing one or both of two channels; advertising on Facebook or advertising on Google. Although SEO and email marketing still have a place, if a brand wants to get in front of as many potential customers as possible, the two big internet companies are the best way to go about it short of paying for commercials on television. That’s allowed the two firms to share a near-monopoly when it comes to digitized marketing – and the United Kingdom has decided that both companies have become too big for their boots.

Although no suggestions have yet been taken up as potential bills – which is unsurprising as the UK has only recently staged a Parliamentary election – the suggestion that new regulations and legislation should be brought in has come from the influential Competition and Markets Authority, which has a track record of successfully lobbying successive Governments to take action on areas of potential concern. Their current concern is that Facebook and Google occupy such a significant market share that competition may be stifled, and the data of customers may be at risk in the event of a breach.

The suggestion of tighter regulation couldn’t possibly come at a worse time for Facebook, which is looking to expand into multiple different markets over the course of the next twelve months and will, therefore, have ambitions to become larger, not smaller. Its desire to get involved in cryptocurrency is well known, with the Libra currency recently having come in for intense scrutiny from politicians and lawmakers in the United States of America. Elizabeth Warren, in particular, has leveled several very heavy criticisms at Facebook and its CEO Mark Zuckerberg. If the sometimes-controversial Facebook founder was hoping for a more sympathetic hearing from Europe, it appears he isn’t going to find it.

Cryptocurrency isn’t the only field that Facebook has been harboring nascent desires to become involved in. That puts it in direct competition with hundreds of other websites that host online slots as part of a large and emerging market. Given that the number of online slots players around the world numbers in the millions, it’s unsurprising that any web-based company would want to become involved in the industry. The UK-based watchdog is concerned that they may be attempting to push others out of the market in the process.

You may like:  How to Secure the Email Portal of Office 365?

Google has ambitions of furthering its product range also. Aside from its range of smartphones and Bluetooth speakers, the company has also recently released the Google Stadia platform for video gamers, and is thereby attempting to break into a market which has historically been dominated by Microsoft, Sony, and to a lesser extent, Nintendo. While there are no rules against competition, there are rules about how competitions should be conducted.

The fear among policymakers and rival companies is that both Facebook and Google have the platform and the capability to promote their products ahead of those made by other companies who rely on them for advertising. They also hold data on companies that they’re in direct competition with, which could potentially give them an unfair advantage. If, for example, Sony wanted to spend a certain amount of money promoting the forthcoming PlayStation 5 with Google Ads, Google would instantly know how much they had to spend to out-promote them, and would also have a controlling vote on how and where those adverts would appear.

While it’s too early in the life of the newly-formed UK Government to say what their likely response to the concerns will be, there has been a suggestion that they may create a digital authority to oversee and regulate upon such matters. The authority would be given specific powers to assist them in their role, including the introduction and enforcement of a new code of conduct governing anti-competitive business practices and data access rights. They would be likely to be able to issue fines for behavior deemed to be in breach of the code of conduct.

According to the most recent figures available within the UK, more than 90% of all search advertising spending in the UK is placed with Google, amounting to revenue in excess of £6bn each year. Facebook takes £2bn in social media and display advertising, which accounts for almost exactly half of the market. With no significant competition to either brand, there’s a risk that they could increase prices at any time and leave customers with no choice but to pay the inflated costs or cease advertising activities. It’s also been noted that no other companies have such detailed records of the interests and activities of people who use the internet, and are therefore better able to directly market to people than any other firm. This, too, has been deemed an unfair advantage.

Both Google and Facebook have denied any accusation of wrongdoing or improper behavior. A spokesperson for Google has pointed out that users are free to switch off personalized advertising whenever they want to, and also have the right to delete every piece of information that Google knows about them should they wish to do so. Similarly, a spokesperson for Facebook has pointed to the fact that users are able to directly query why any individual advert has been shown to them, prevent that advert from appearing in the future, and even block all adverts from a particular source. Neither explanation, however, covers the concern that they may promote their own products more prominently than those of their direct rivals.

While advertising is part and parcel of using the internet, and all businesses engage in web-based advertising to a greater or lesser extent, it’s essential that the playing field is level and fair to all parties. Those who spend more than others are entitled to expect to see their adverts appear more prominently and frequently, but trust is placed in the companies who host those adverts that they won’t act in a prejudicial manner. It’s important to stress at this point that there’s no evidence that anybody has done so – but if the Government of the United Kingdom decides to act on the Competition and Markets Authority’s recommendations, we may soon know if anything untoward is occurring.