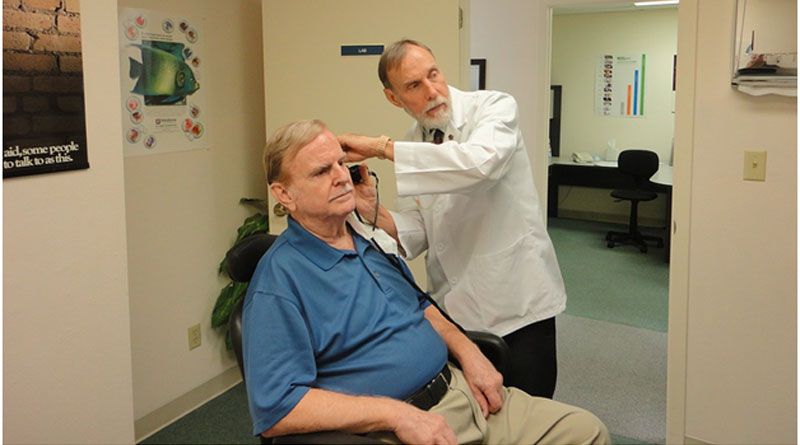 This is one of the hot researches in the scientific world today!! Emerging research on the relationship between hearing loss and dementia has revealed quite a few secrets regarding the impact of audiology and memory care.

Although all the mysteries between these two are not yet revealed. But scientists are on their way to unveil more theories regarding this hot topic.

Through this article, I’ll guide you with facts and theories about the link between hearing loss and dementia.

Before we proceed further, let’s understand what dementia is?

Dementia is the term used for memory loss, language issues, and other thinking abilities that might prove way too severe for people. Even Alzheimer’s can be one of the common reasons for dementia.

We’ll be knowing more as we go down the article.

According to scientific surveys and thorough researches, it has been estimated that 30% of adults aged about 65 or older and 55% of adults aged 80 years or more show some signs or symptoms of hearing loss.

Scientists have also predicted that hearing loss will cross 580 million worldwide by the year 2050. In 2015, it was reported that around 47 million people were severely affected and were living with dementia.

You may like:  Career Transition Coaching Grooms an Employee to Accept Challenges in New Working Environment

Recent research also showed that the brain tissues deteriorate and shrink faster for those severely affected by hearing loss. The parts of the brain where this shrinkage takes place are responsible for processing sound and speech.

The common symptoms that people might face due to dementia and hearing loss include confusion during conversations, difficulty accomplishing regular tasks, tiredness, and stress that can also get established.

Recent Theories On The Linkage Between Hearing Loss And Dementia

The actual connection between these two is still a mystery. Scientists yet don’t have enough information and evidence to say whether hearing loss causes dementia.

Although, according to many researches, scientists have found connectivity between these two. But they are still not convinced, so they are not running to the conclusion.

The Lancet study discovered that central hearing loss could be a primary symptom of Alzheimer’s disease.

You can find people with dementia, and they have no hearing issues. And at the same time, you’ll encounter people with partial deafness but no memory loss.

Karl Doerfer, MD, of Medical College of Wisconsin, said. ”There’s a strong association between the two, though we haven’t been able to determine causality.”

He also added, “However, studies have shown a powerful association, and, in addition, we have seen that the severity of cognitive decline is associated with the severity of hearing loss, which shows a compelling connection.”

What Karl Doerfer meant was, according to many advanced studies, they have found a deep connection between dementia and hearing loss. When a person has severe hearing issues, he eventually develops memory loss (i.e., dementia) and vice versa.

In another research, scientists claim that because patients suffer from hearing losses, they don’t hear every piece of information in a conversation. Therefore, things they have missed can’t get processed on their brain. So it’s assumed they are suffering from memory losses.

You may like:  How to recover your top of foot pain

People who suffer from hearing issues sometimes socially isolate themselves due to a lack of confidence in presenting themselves. And this can also cause problems in future communications. Therefore, it might even impact executive function ability.

There are no problems without solutions. When you realize you’re facing issues regarding hearing or remembering things. Never hesitate in consulting a doctor or specialist.

Hearing loss can be a “bone in the throat” if it’s not treated well. Choose yourself a good audiologist and speak out about your problems. After listening to you, he’ll suggest treatments, and one of them might be a hearing aid.

Hearing aids are those technologies that will amplify your environmental sound and will also help you to communicate. New hearing aid technologies allow easier speech understanding in the presence of background noises due to improved signal processing.

So even if your memory loss is due to partial deafness. Then there’s a chance that it might recover if you use hearing devices.

But one thing you need to instigate in mind!!!! “WEARING HEARING AIDS DON’T MAKE YOU OLD.”

Many people have these hearing issues, and they have already started to think they are getting old, and now they are not suitable for sitting around with people and having a conversation.

They develop low self-esteem and isolate themselves!!

Please don’t do this. Never bring your morale down. Just because you’re having a problem doesn’t mean you’ll shut yourself out of society. Make sure to communicate and get yourself more involved with people. I hope this article will now help you to understand the relationship between hearing loss and dementia.