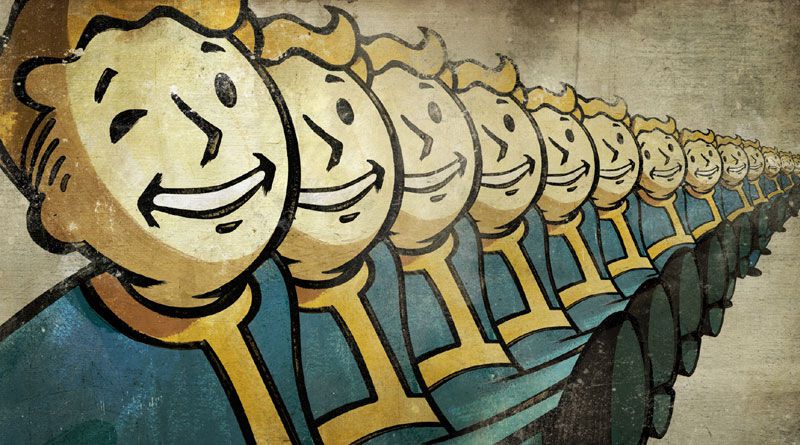 It is a fact that war never changes, it merely adapts. Surprisingly, the Fallout series too changed a lot over the past two decades. Beginning its life as an isometric CRPG bathed in the glow of both tabletop and pen and role-playing paper games, as well as its spiritual antecedent wasteland, the series became world-beater and famous.

The first game belonging to the Fallout series first game was launched in 1997, and It remains a brutally difficult game. Make a minor mistake, and you die. Make the wrong move or the wrong decision; you will lose it anyway. It’s dark; it’s gloomy and it is generally presents itself with a straight face with the end of the world via nuclear holocaust. Over the years, the Fallout series had a number of sequels which never lived up to their name. The problems with Fallout 4 were just a few glimpses of the moments where the creators tried to mimic the original Fallout and failed miserably.

The executive producer, “Brian Fargo” on Fallout tells us that Wasteland was his first attempt to bring something to the genre. “After finishing this game, Interplay became the publisher, and we were no longer creating games for people. I tried a lot to get my license back but could not procure them so I decided to make my own post-apocalyptic game and call it Fallout.” he said while describing the hardships the team faced while developing the game.

Sitting down with the team, Brian Fargo and his mates at Interplay analyzed what made Wasteland tick – what made the people play it so much. Although it was all about making a small team to bring the project to life. To breathe humanity and charm to the game. They nailed our work on what was important and began working on ideas that hit the points.

Tim Cain is regarded as the creator of Fallout. His work on the engine brought the world to life with a dedicated mindset. Tim said that he made a 3D engine, voxel engine, an isometric sprite engine. All this made people interested in the game that grew into Fallout.

The game development never followed a formal process at Interplay; it grew organically, collecting people as it did so and avoided near cancelations as the administration thought that it would be better spent elsewhere. Here elsewhere is a big license the studio had acquired, which it saw as a better potential release.

One of the systems introduced in the original Fallout was a bespoke creation and has remained one of few constants in the series: SPECIAL strength, perception, intelligence, agility, and luck all come into play to shape your character.

The Fallout was usually a GURPS game.GURPS was usually a tabletop system developed by Steve Jackson games .GURPS was licensed, and they subsequently started working on Fallout.

Things weren’t going on well, so Chris Taylor wrote his RPG system on the back of three-by-five cards. His game was called Medieval. It was not good. So he kept the notes and worked on the game now and then for a decade to replace GURPS. The team got a hold of the system and made it work. They adapted it, it had no skills we wanted, but the team created the perks, especially for Fallout, to replace the pros and cons of GURPS. Wasteland proved to be a pivotal part in the creators career.

Interplay Studios always saw Fallout as a Category B project.They weren’t keen on making the project in the first place but decided to roll with it anyway. During this period, the developers weren’t allowed to share details about the project with anyone. It surely is frustrating when you have been working on your own game but can not give out information even to the ones close to you. Survival was hard, but the game presented you with more than just guns and knives to make your way. Your words were deadly, and the game’s final boss could see players with high enough charisma talk to the big bad and kill himself after convincing him of how wrong he was. This was unprecedented in computer gaming at that time.

Before the original was released, the sequel was already in the developmental phase, and it caused a buzz at the studio about six months before it was released. Basically, Fallout 2 development had started way before Fallout was released.

Safe now in the realms of 20 old tinted reminisces, we remember the sequel fondly and laugh at its more light-hearted take on the series.One factor which stood out was that Tim, along with two other big names, Leonard Boyarsky and Jason Anderson quit developer Black Isle Studios during the developmental phase of Fallout 2. They were ready to part ways with the project even though the initial idea for the game was brought on by these three people.

There was a lot to do throughout Fallout 2. The game was different from the first one itself, but it was still fun, and many diehard fans loved it.

Fallout 2 was released after around a year of development compared to the original three years. In that time, they made stories to tell. Fallout creators remained positive, although they left the game. The problem that arose through Fallout 2’s confused development would set a pattern in the coming years, and the second game that should have been released wound up being the last core title in the series by the original publisher.

But whatever happened, Fallout was long from being pronounced dead. It gradually became a cult classic.

Fallout was not to be left behind, instead it turned into an obsidian entertainment, a studio made up of many folks who worked on these two Fallout Games.