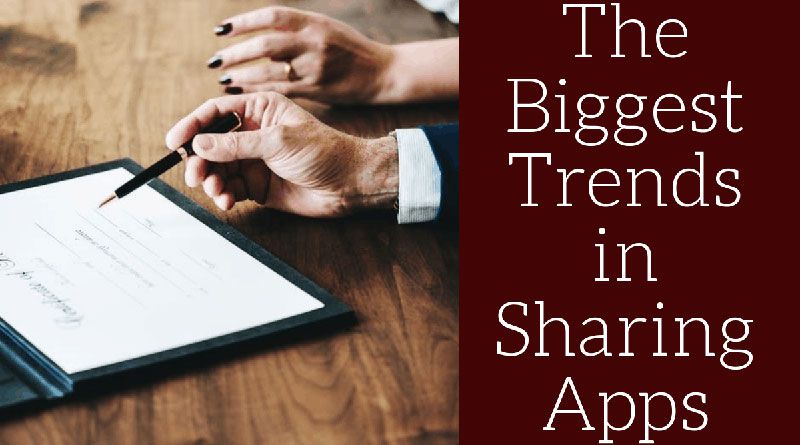 Transferring files across devices have been challenging before the rise of sharing apps. Of course, the evolution fo wireless transfer of files as a consequence of the emergence of sharing apps has resolved such issues. Now, files could be shared from simply using infrared to using WiFi.

Indeed, you can Bluetooth would be one way to share files, but it’s nowhere as fast as doing so over WiFi. Bluetooth would only be ideal for small file sizes, but huge files could take minutes to hours for the sharing process to complete.

Besides, WiFi sharing prevents the corruption of files using efficient algorithms. Thus, the trend of using file-sharing apps is perhaps not coming close to any downward behavior but will continue to rise instead.

Here are the sharing apps (in no particular order) that remain in trend in 2019.

SHAREit remains to be the most popular sharing app in 2019 with 500 million downloads done so far. Surprisingly, though, it is not the highest-ranked this year. It was superseded by Send Anywhere and equaled by ES File Explorer File Manager.

SHAREit allows the sharing of various file formats from photos to apps. It instantly displays shareable files or apps once two devices are connected. The recipient can choose the files they want, even without the sender’s approval.

The speed could go to as fast as 20Mbps, and its CLONEit feature makes it convenient to duplicate data from the device of the sender. SHAREit further integrates a media player. On top of all these, you sharing is not limited between phones but even from phones to PCs and vice versa. SHAREit download free, and if you are not bothered by ads, then this app would be a powerful tool to keep handy.

In 2019,  Portal rose further in popularity, with its rating being very close to SHAREit’s and even higher than Xender. With Portal, you can transfer individual files, multiple files, and even entire folders at once, and this is perhaps its unique feature. It uses WiFi Direct when sharing files, so there is no need for the sender and receiver to be in the same location.

You may like:  4 Essential Things to Know About Asset Management Software

Also, there is no need for a PC counterpart software to transfer files from phones to PC. On the end of the PC, a web interface is used, and you can even set up a QR code. Finally, smartphones with Android Lollipop and higher can save shared files into SD cards.

Superbeam closed into Xender in ranking in 2019. Similar to Portal, Superbeam also uses WiFi Direct when sharing files. It is, therefore, quite fast. Its aesthetics is, perhaps, its best feature. It comes with light, dark, and AMOLED themes. Not very simplistic in looks, but very simple to use. There are also three ways to share files with other devices, via a QR code, through NFC, or using a key to transfer.

If both devices are using the same WiFi connection, SuperBeam takes over to transfer over WiFi, but without a WiFi router, WiFi direct is used instead. Should the connection be lost, the transfer resumes once reconnected.

Like Portal, as well, Superbeam’s transfer of files to PC uses a web interface. The app has a free and Pro version. The latter lets you send files to multiple devices at once. You may also send an entire folder.

Next to SHAREit, this is perhaps the second most used file-sharing apps in 2019, but it was outranked by many newer ones. The speed in transferring files through Xender remains superb, nevertheless. Transferring of multiple contents is also convenient with only drag and drop. Simultaneous sharing between devices is also possible.

Its wonderful feature is perhaps its ability to share across platforms (i.e., Android to iOs to Windows, etc.). You also do not need software on your PC to share. It is free and is user-friendly. There are also no in-app purchases and ads, so that’s a big plus.

AirDroid is among those that outranked Xender and closed-in to SHAREit in 2019. This app allows you to access your Android device from your PC, wireless; thus, you can move files between your Android and your PC at a fast speed. You can even access messages on your installed messaging apps using your computer.

Another fine feature is backing up photos and videos from your phone to your computer. You can also locate your phone should you lose it. The is free, but there are in-app purchases if you want features more than the essentials that AirDroid offers.

Zapya also outranked Xender, and many would say it has the best speed in sharing files. Like Xender, it allows cross-platform sharing and sharing of multiple file formats. The best part is you can connect to up to four devices at the same time and share files to all of them simultaneously. It also allows sharing through QR code scanning, and you can chat and share stream audio and video to anyone nearby that is connected to you. Zapya is free with no in-app purchases nor ads.

You may like:  Best Free Voice Changer for Mac/Discord

Send Anywhere is the top-ranking sharing app of 2019 with 4.7 out of 5. It is also a cross-platform app with a secure file sharing, allowing you to move huge files at a fast speed. It also uses WiFi Direct and comes with a cloud storage service. You can upload your files in the cloud and share it from there.

With Send Anywhere, you also get easy links to share files. Scanning QR codes to connect is also a feature, topped with another 6-digit-key-to-receive feature. Keep in mind that files you transfer will not be stored in any servers, and the number of files you can transfer is limitless. It is also free, with no in-app purchases nor ads.

ES File Explorer File Manager equaled SHAREit in the ranking. The transferred is at lightning speed. Its best feature is its simplicity: easy to manage files, efficient sharing with an old or a new device with no data cost.

The app manager allows you to categorize your apps complete with backup and shorcuts; thus, you can let go of redundant files and save

Also trending in 2019 is WeTransfer, which requires the e-mail address of the person receiving the file, but there’s no need to signup to use its services. The e-mail is for security. To use WeTransfer, you only need to select the files that you want to share, click on next and type in the receiver’s e-mail address.

The receiver gets an e-mail with a download link from which he or she can get the transferred file. You can move up to 10GB of files and from any location at that. The transfer could also be paused for later resumption. The app does not eat up so much storage and is free, but with ads.

4 Share Apps also made it in 2019. Connecting to another device quickly with a QR code is its best feature. Like other sharing apps, you can move various file types anytime and anywhere. Another splendid feature is its support of over 31 different languages.

Sharing apps continued to be handy tools in 2019. Let’s wait and see if the rankings move in 2020, and if a newcomer could beat the old ones. If I missed any app, let me know in the message box below.