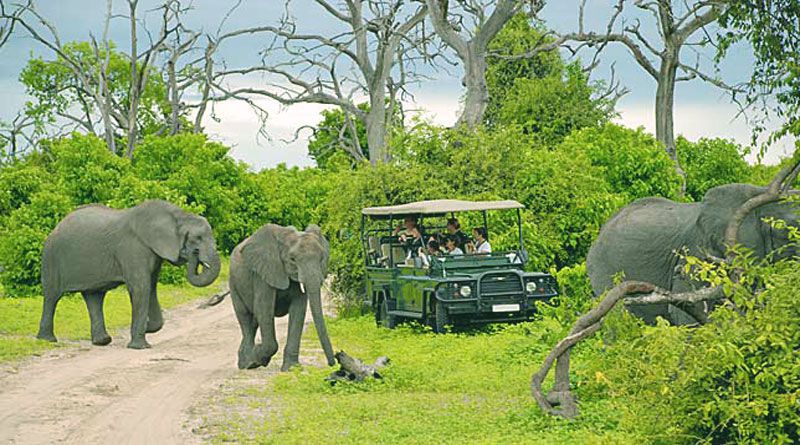 With our advancements in terms of the power and technology we are unknowingly harming the nature, so how can animals be left in peace? Every other year we read and hear about news stating that marine life was affected by oil spills and tons of fish dead.  Animals are getting killed because of cutting down of forests and some are on the verge of extinction like tigers, Pacific Walrus, Leatherback Sea Turtle, Bluefin Tunaetc.

Not just this, there are a couple of species that migrate long distances crossing countries and even continents every year like cranes, gray whales, pelicans, wildebeest and many more. For zoologists and scientists, it is near to impossible to track such species. Hence, to study, monitor and protectall animals including the endangered species the scientists and biologists have taken the big step of live tracking them using space-based trackers.

Yes, you got that right! Now even animals can be tracked using satellites. To the present day, the wild animals were tracked either by following them or putting up trackers on them in a hope to recapture the same animal again in future. Till now we knew about the VHF radio tracking but unfortunately, that didn’t assist much. This technology can only be used on larger animals and not on small animals like baby turtles, fish, fruit bats etc.

ICARUS is the International Cooperation for Animal Research Using Space organizationestablished by an international consortium of scientists in 2002 to increase the global knowledge about the migratory habits of birds and insects. It is receiving support from European Space Agency (ESA) and Russian Federal Space Agency (Roscomos); since 2012 the DLR aerospace management is backing them as a scientific mission under the model of National aerospace program space station and manned satellite.

You may like:  What Makes Wordpress the Most Popular Platform for CMS?

The ICARUS Initiative aims at setting up a remote recognizing podium of satellites as a central hub through the International Space Station (ISS). The Russian astronauts Sergey Prokopyev and Oleg Artemyev space walked and positioned the animal tacking antenna on August 15, 2018; they ventured out without a hitch of the Zvezda module to position the ICARUS antenna.

Thisis a tremendous achievement for the spacewalkers and Yale biodiversity scientists because, with thehelp of this tool, they can track the migration pattern of small animals around the world, investigate the spread of diseases, enhance the safety and health of animals all over the world. They can even track the indoor rabbit hutch.

How the space tracking will work:

GPS tags will be planted on the animals to be tracked or studied, the ICARUS antenna will then seize the signal from the GPS tags of the animalsand pass the signal on to the central system in the Russian Sputnik’s module, as per the Max Planck Institute.

Every time a transmitter will come in the ISS’s beam (around four times in a day), it will send up a data pack of 223 bytes. This data will be transmitted to the ground stations and further distributed to the teams. Except for the delicate preservation data like location of animals, will also be available on the Move Back database, which will be publicly accessible. It will also provide information to a web application called ‘Map of Life’ that will join in the global biodiversity pattern and evidence to reflect as maps and trends.

The Max Planck–Yale Center (MPYC) – Yale and USA based biodiversity questors, will be among the few people who will obtain the ‘big data’ that this spearheading instrument will be gathering, from around 2019. It is expected that by early 2019, 1000 GPS transmitters will be planted on the animals, which is sooner or later expected to grow to 100,000.

The outcome of this initiative:

Meg Crofoot, executive board member of ICARUS said that the outcome of these studies could answer many questions, not only for nature environmentalists but also for those who are studying the impact of animals and birds on the human beings.

Martin Wikelski, chief strategist of ICARUS and director of MPYC said that they will be able to study the individual traits of animals, collect information about their history and how they communicate with each other. They will also be able to study each animal’s speed, minute-by-minute environmental conditions like temperature, humidity etc.

Talking about the practical application MPYC is planning to use this system to track the migration of African fruit bats as guards to pursue the Ebola virus. It is believed that the fruit bats have antibodies against this fatal virus but do not transmit.